Not just for luxury cars anymore
Sep 26, 2012
CAR BRANDS IN THIS ARTICLE 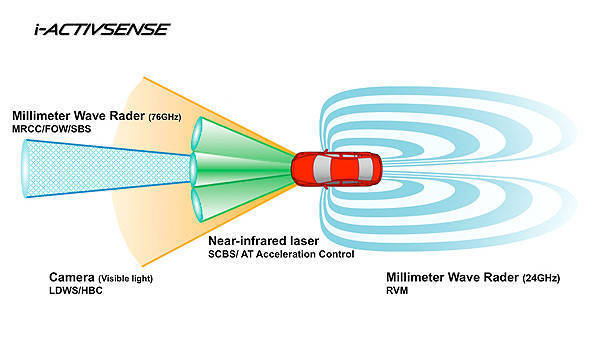 Mazda is introducing another new feature of the all-new Mazda 6 at the 2012 Paris Motor Show: the i-ActivSense series of advanced safety technologies.

After highlighting the capacitor-based Intelligent Energy Loop brake energy-regeneration system at the Moscow Motor Show in August, Mazda will now show off its i-ActivSense systems that were designed "to aid the driver in recognizing hazards, avoiding collisions and reducing the severity of accidents when they cannot be avoided."

The i-ActivSense systems consist of the following:

* Radar cruise control - Judges the speed of, and distance to, the car ahead and works within a set speed range to maintain a safe distance;

* Forward obstruction warning - Detects vehicles in front and alerts the driver to an approaching risk of collision early enough for the driver to brake or take evasive action;

* Rear vehicle monitoring - Detects cars in the blind spot on either side (or approaching from behind) and alerts the driver to potential risks;

* Adaptive front-lighting system - Turns the headlights based on the degree of steering input and vehicle speed to maximize illumination and visibility at curves and intersections;

* Smart brake support - Helps reduce the severity of a collision by automatically applying the brakes when a risk of frontal collision is detected while driving at speeds over 15kph;

* Smart city brake support - Automatically stops the car or reduces its speed when there is a risk of collision with the vehicle in front while traveling at speeds between 4kph and 30kph; and

"The ultimate goal of Mazda Proactive Safety is to realize collision-free driving," Mazda said in a statement. "In pursuit of this ideal, Mazda will continue to expand its research and development of safety technologies in order to provide customers with both driving pleasure and outstanding environmental and safety performance."