After being named Car of the Year
Apr 5, 2013
CAR BRANDS IN THIS ARTICLE 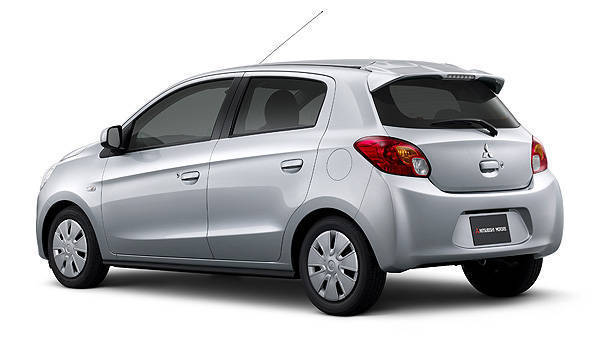 Less than 24 hours after the Mitsubishi Mirage snagged the 2012-2013 Car of the Year-Philippines award given by the Car Awards Group, over 1,000 units of the car are now being recalled by Mitsubishi Motors Philippines for a problem with the car's antilock brake system.

According to MMPC, 1,420 units of the manual- and automatic-transmission Mirage GLS are being recalled to replace their front-wheel speed sensors that have insufficient waterproofing. If water seeps through the sensors--either from rain or even during a routine carwash--the ABS system may reportedly not function properly.

Although there have been no reported accidents that can be attributed to this problem, MMPC was directed by Mitsubishi Motors Corporation Japan to voluntarily conduct this safety recall "as its proactive commitment to quality and consumer safety." As such, MMPC president Hikosaburo Shibata has already mobilized the company's customer relations department to contact all customers who own the affected Mirage GLS units. MMPC has also alerted its service centers nationwide to do the necessary inspection and repair on all affected units.

MMPC will reportedly release the vehicle identification numbers of the 1,420 Mirage units affected by this campaign on its website (www.mitsubishi-motors.com.ph). Customers may enter their VIN on the website to check if their unit is included in the recall. In addition, all affected customers will be notified in writing via registered mail.

If an owner verifies that his/her car is one of the units being recalled, he/she is requested to contact the Mitsubishi Customer Care Center at (02) 658-0673 from Monday to Friday, 7am to 4pm, to schedule the repair of the unit at any authorized Mitsubishi service center.

A bunch of college kids to stage car show tomorrow for their thesis
View other articles about:
Recommended Videos
Read the Story →
This article originally appeared on Topgear.com. Minor edits have been made by the TopGear.com.ph editors.
Share:
Retake this Poll
Quiz Results
Share:
Take this Quiz Again
TGP Rating:
/20