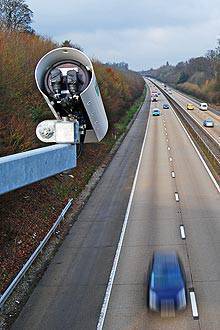 License plate numbers of public utility vehicles will soon be seen on their roof to help the Metropolitan Manila Development Authority (MMDA) monitor their operations.

"By having their license plate numbers painted on their roofs, our CCTV (closed circuit television) cameras could easily identify them. It would be easier for us to track down traffic violators or respond to any emergencies," said MMDA chairman Francis Tolentino.

The roof-tagging policy will also aid in the apprehension of colorum buses or those who want to get around the agency's number-coding scheme by using fake or swapped license plates.

"Even atop the footbridges, our traffic enforcers could easily see the license plates of the PUVs, especially when they're going after a traffic violator," Tolentino added.

The roof-tagging scheme also covers taxicabs and provincial buses while passenger jeepneys may be included upon the approval of the Metro Manila Council, the policy-making body of the MMDA.

Roof tags on public utility vehicles are also expected to help the Philippine National Police in surveillance and anti-criminality operations.

The MMDA currently has 68 operational CCTVs in major thoroughfares that are monitored and controlled round-the-clock in the agency's command center in Makati City. Tolentino said the CCTVs will soon be complemented by 1,000 more camera sets the Department of Transportation and Communications has pledged to donate to the agency.

Tolentino said the MMDA is now working on the program's implementing guidelines before it is enforced on transport companies.

CATS Motors to launch at least 4 Mercedes-Benz cars this year
View other articles about:
Recommended Videos
Read the Story →
This article originally appeared on Topgear.com. Minor edits have been made by the TopGear.com.ph editors.
Share:
Retake this Poll
Quiz Results
Share:
Take this Quiz Again
TGP Rating:
/20