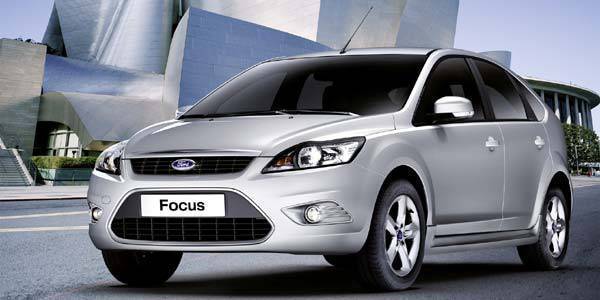 Filipinos in Malaysia, Thailand and Indonesia have a reason to be proud when they see a Ford Focus or Escape, or a Mazda 3, on the road. These vehicles are made in the Philippines.

More motorists in the Southeast Asian region are driving vehicles made by Ford Motor Co. Philippines as exports continued to rise in the last nine months.

Data from Ford showed that the number of Ford Focus, Ford Escape and Mazda 3 units shipped to Malaysia, Thailand and Indonesia from January to September has grown 34 percent from the same period last year.

Ford started exporting vehicles to other Southeast Asian countries in 2002 and, since then, cumulative exports have reached 70,000 units valued at more than $900 million. The vehicles are made in Ford's manufacturing facility in Santa Rosa, Laguna.

"We believe there is long-term growth potential of the Philippine automotive manufacturing industry," said Ford Group Philippines president Randy Krieger. "As with many industries in the Philippines, it is important to continue developing the world-class human resources, supportive development policies, and accelerate improvements in infrastructure, which are some of the basic elements necessary to support future growth."

Ford Group, which includes the Mazda brand, currently holds a 5.7 percent share in the Philippine automotive market. As of end-September, total sales of the group reached 7,177 units.

Ford designer hints at Mustang's new look
View other articles about:
Read the Story →
This article originally appeared on Topgear.com. Minor edits have been made by the TopGear.com.ph editors.
Share:
Retake this Poll
Quiz Results
Share:
Take this Quiz Again
TGP Rating:
/20