What does the ‘Child Car Seats’ law mean for parents?

Read and be informed

It has been a long time coming, but the government has finally passed Republic Act 11229, a law which provides for the Special Protection of Child Passengers in Motor Vehicles.

While the law will not take effect immediately, current and future parents will need to prepare for the upcoming implementation of the law. While we have posted articles regarding child restraints in the past, do note that advice regarding size and age limits for various seating positions are now superseded by the new law, which closely follows UN Regulation 44 and the newer UN Regulation 129 regarding child safety devices for vehicles.

Let’s look at what this means:

1) Children are no longer allowed in the front seat, no exceptions.

No child 150 centimeters (4’11”) or less in height, or 12 years of age, is allowed in the front passenger seat. This is because of the danger of injury or death due to the front airbags, which, during a crash, expand at speeds of over 300kph, straight into your child’s face. Yes, this is potentially deadly.

For teenagers and adults under five feet tall, you may also want to consider having them sit in the back, or, at the very least, investing in a car with a two-stage front airbag or with a passenger airbag deactivation switch or trigger.

As a side note: UN Regulations actually allow the use of a rear-facing child seat if the front airbag has been deactivated, but local law does not make the same exception. Still, the DOTr has the ability to make this recommendation down the road. Don’t hold your breath, though.

2) Babies MUST be secured in a rearward facing child seat until they are 15 months old.

As per UN Reg. 129, children under 15 months must be secured in a rear-facing seat. This is in contrast to UN Reg. 44, which only mandates rear facing seats up to 9 months, or some US state regulations, which mandate 12 months. For smaller babies that are difficult to strap into an upright harness, the regulation allows for the use of a side-facing carrycot. Do note, however, that this carrycot must be certified.

3) Child seat measurements are based on height now, not weight.

Previous regulations for child seat use were based on weight. Reg. 129 is based on height. So, sorry, all those online guides for seat use based on weight are now obsolete. Children below 100-105 centimeters (under 3’5”) need to be in a rear-facing child seats, the type that usually have a separate base, as seen in our installation guide here. Once the child is taller than 70 cm (2’4”), the seat can be installed facing forward if it has the right attachments. But as we noted in our installation guide, it is best to keep them in a rear-facing seat as long as possible.

Once the child is over 105 cm but under 125 cm, they may transition to a booster with an integrated backrest that lowers the car’s own seatbelt shoulder strap to fit the child. As the law is currently evolving, it is still unclear, but children between 125 – 150 cm (4’1” to 4’11”) may use booster cushions without this attachment. Either way, these booster systems are a lot less fussy and easier to install than Isofix child seats. On that note:

4) Isofix will eventually be replaced by i-Size.

Don’t worry, your Isofix child-seat system will not become obsolete. What i-Size will do is standardize Isofix anchor positions and dimensions. As a father who has struggled with unusual and often hard-to-reach anchor points in various Isofix equipped vehicles, I say hallelujah.

5) Your car doesn’t need to be Isofix compliant... yet.

UN Regulations do not specify that your car has to have Isofix. So yes, it is still okay to secure that child seat with the safety belts if you have an older car without Isofix.

But Phase 3 of UN Reg. 129, which is being implemented this year, provides standards for seats secured with the belts. Be warned that your current seat may not meet these standards, though it may still meet the standards set by the older UN Reg. 44.

Which brings us to another issue:

The new law mandates that all child safety restraint systems be certified by the Bureau of Product Standards and marked with an Import Clearance Certificate. Without Implementing Rules and Regulations, we do not yet know if this will be done on the vendor level, or if the DOTr will allow private owners to register their current child seats, as is done with helmets. There is also no guarantee that an imported child seat will be on the agency’s white list of approved brands, regardless of how expensive it might be.

Note also that the sale and distribution of expired or substandard seats is now illegal. Which is a good thing. Most seats have expiry dates stamped into them because plastic degrades with age. However tempting cheap surplus Japanese car seats may be, their sun- and heat-damaged plastic may simply shatter in a crash.

For those who decide to go cheaper still and simply take public transport:

7) Public utility vehicles are temporarily exempted, because there are no firm guidelines for them yet.

Yes, that includes taxis and Grab cars. The DOTr is supposed to review and release guidelines for PUVs within a year of the ratification of this law. But while you may not get into trouble for going without, if you can afford a Grab, might as well invest in a seat-stroller combo, as featured in our article on child seats from a few years back.

Of course, most of you aren’t Grab drivers. Which means you should:

8) Get your kids used to sitting properly in their seats/boosters.

A lot of parents don’t use child seats because it’s inconvenient or difficult. Well, the government has made it much more inconvenient to be caught without them.

About time, too.  The life of a child is much more important than that little bit of money saved from scrimping on their safety. 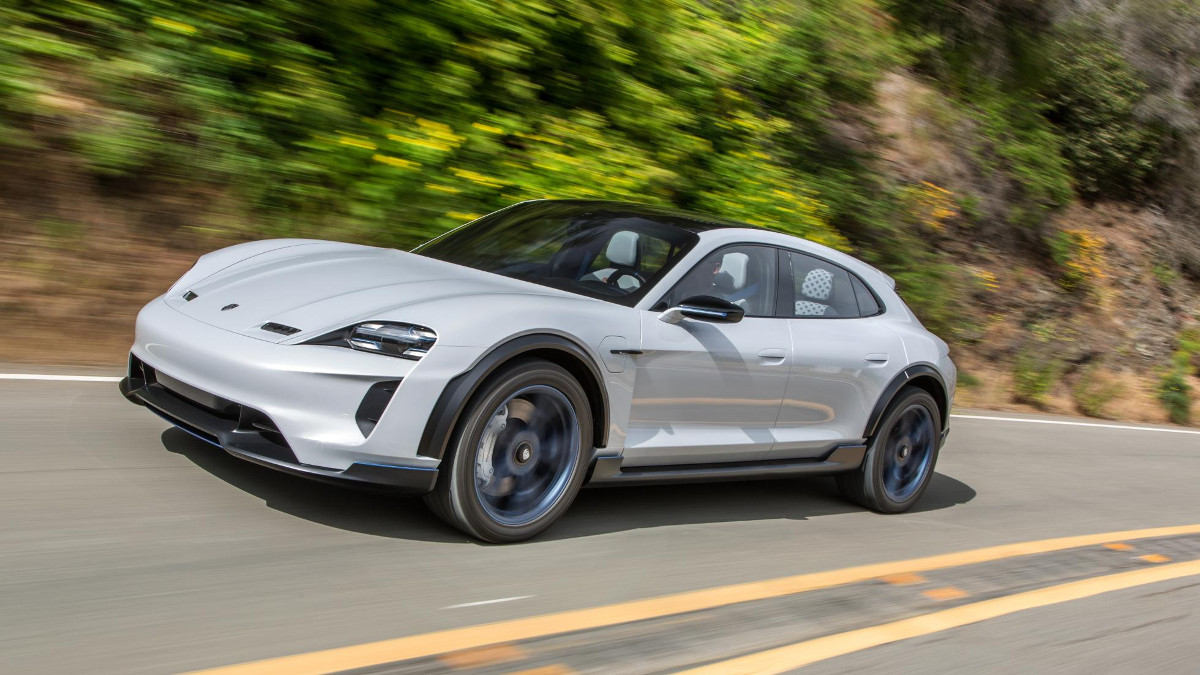 The Porsche Taycan Cross Turismo can do 0-200kph in around 12sec
View other articles about:
Recommended Videos
Read the Story →
This article originally appeared on Topgear.com. Minor edits have been made by the TopGear.com.ph editors.
Share:
Retake this Poll
Quiz Results
Share:
Take this Quiz Again
TGP Rating:
/20