Know how much they've gone up
Jun 5, 2014
CAR MODELS IN THIS ARTICLE 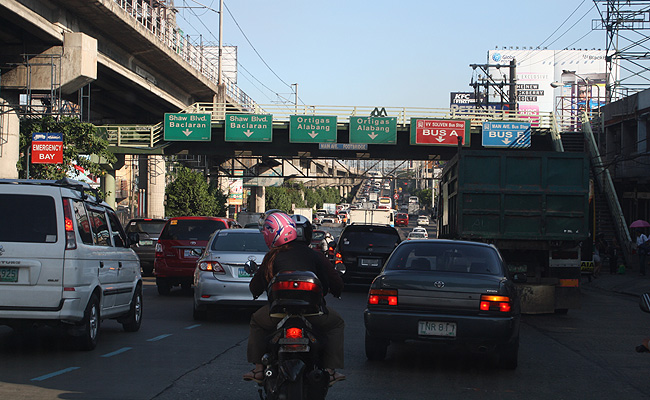 Well, the 25-page revised schedule has been released by the DOTC, and as much as we'd like to list down all the fines and penalties, it will be one lengthy reading material. Instead, we're noting the ones that are relevant to most motorists:

* Driving without a valid driver's license - P3,000 (from P1,500) plus the offender will be disqualified from being granted a driver's license or from driving a motor vehicle for one year from the payment of the fine;

* Driving a motor vehicle used in committing a crime - P10,000 (from P3,000) plus the offender's driver's license will be confiscated, and if convicted, revoked with the driver being perpetually disqualified from being granted a driver's license. The vehicle will also be impounded until after the payment of appropriate fines and penalties;

* Failure to wear seatbelts - P1,000 for the first offense; P2,000 for the second offense; and P5,000 for the third offense. Previously, the fine was only P250, regardless of the number of offenses. Also, the driver's license of the offender will be suspended for one week from the payment of the fine for the third and each succeeding offense. The DOTC also notes that children six years old and below are prohibited from sitting in the front passenger seat;

* Failure to carry a driver's license or the vehicle's certificate of registration or official receipt while driving a motor vehicle - P1,000 (from P200 for the license and from P150 for the OR or CR);

* Driving an unregistered motor vehicle - P10,000 (from P4,000) plus, if the non-registration has exceeded one month, the vehicle shall be impounded and released only if it has been registered and its corresponding fines and penalties have been paid. If the vehicle has an undocumented engine (a separate P5,000 previously), the vehicle will be impounded and barred from operating for one year upon the payment of the fines while the engine will be confiscated by the government;

* Unauthorized vehicle modification, including the change of color "and other unauthorized modifications of the standard manufacturer's specifications" - P5,000 plus the vehicle will be impounded and released only upon correction of the defect and the payment of the fine;

* Operating a motor vehicle without or with defective/improper/unauthorized accessories, devices, equipment and parts - P5,000 (from P150 to P15,000) plus the vehicle will be impounded until the accessory, device, equipment or part is properly installed, corrected or removed depending on the offense and the fine has been paid. Any improper or unauthorized device will also be confiscated in favor of the government;

* All other violations of traffic rules and regulations, from parking violations to illegal turns - P1,000.

You can check out a PDF copy of the DOTC's complete revised schedules on the fines and penalties at www.dotc.gov.ph.