The Land Transportation Franchising and Regulatory Board (LTFRB) has announced that it will soon begin accepting franchise applications for transport network vehicle services.

According to a report by GMA News Online, LTFRB head Martin Delgra III said that his agency will once again be accepting TNVS applications starting February 5, 2018. That's a Monday, in case you're wondering.

"With the memorandum circular we have already issued, it is effective February 3--it is a Saturday--so the start of acceptance of new TNVS applications will be on Monday, February 5," the government official reportedly said during a press conference on January 26. He added that the move "virtually" lifts the suspension on applications under Memorandum Circular No. 2016-008.

The report adds that all in all, the number of existing TNVS vehicles with Certificates of Public Convenience to operate, as well as pending applications, is numbered at 13,977. These are already part of the common supply base.

This development comes not long after the LTFRB placed a cap on the number of TNVS vehicles servicing commuters in the country, limiting them to just 45,700 units.  So, it looks like hopeful TNVS applicants won't have to wait much longer to find out if they make the cut. Get your paperwork in order, guys. 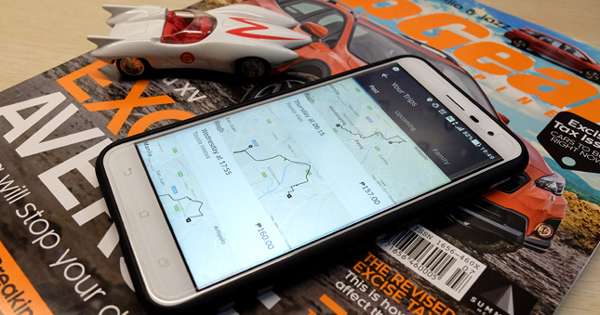 Uber submits fare hike proposal to LTFRB
View other articles about:
Read the Story →
This article originally appeared on Topgear.com. Minor edits have been made by the TopGear.com.ph editors.
Share:
Retake this Poll
Quiz Results
Share:
Take this Quiz Again
TGP Rating:
/20