This actress shows us how not to deal with ASEAN gridlock

We get it. The traffic jam that’s being caused by the ongoing Association of Southeast Asian Nations (ASEAN) Summit sucks. It’s difficult sitting in gridlock while seeing meters of valuable road space not being used. Maybe you’re even a little angry about that. Fine. But regardless of how you feel, you shouldn’t ever resort to what one motorist did recently.

In a video that’s gone viral on social media for all the wrong reasons, actress and former beauty queen Maria Isabel Lopez boasted about how she apparently beat the system by removing some divider cones and driving down the cordoned-off ASEAN lanes with her hazard lights on. Worse, other motorists saw what she did and followed suit. The video shows her screaming with delight as she drove along, encouraging everyone to “Be like Maria.”

The authorities in charge of the Summit didn’t take to her actions too kindly. The ASEAN Committee for Security, Peace, and Order and Emergency Preparedness and Response (CSPOEPR) issued a statement warning the public against taking a cue from the actress. Not only does it derail traffic management, CSPOEPR says, but it also puts ASEAN delegates and the offending motorist at risk.

CSPOEPR chairperson and Department of Interior and Local Government OIC Catalino S. Uy pointed out that as a public figure, Ms. Lopez “must be mindful of the impact of her actions” and that the traffic laws were put in place for good reason. The statement also said that the incident will be investigated and the appropriate charges will be filed if warranted.

According to ASEAN Technical Working Group on Traffic Management chairperson Emmanuel V. Miro, Ms Lopez’s Facebook post is “an admission or tangible evidence of her violation of traffic laws.” In addition, he said: "The law must be applied to everyone, whether you are an ordinary Filipino or a public figure like Ms. Lopez.”

Task Group Commander on Route Security and NCRPO regional director Oscar Albayalde said: “We strongly support the recommendation for the suspension or revocation of Ms Maria Isabel Lopez’s driver’s license for violation of traffic rules and also of breech for security.

“May this incident serve as a stern warning and reminder to the public that all agencies are communicating and are all working hard to provide security and order for the ASEAN Summit. Any violations on the protocols and rules set forth by the ASEAN Task Forces shall not be tolerated.”

Traffic sucks, but blatantly disregarding and breaking the law is never the answer. Take note. 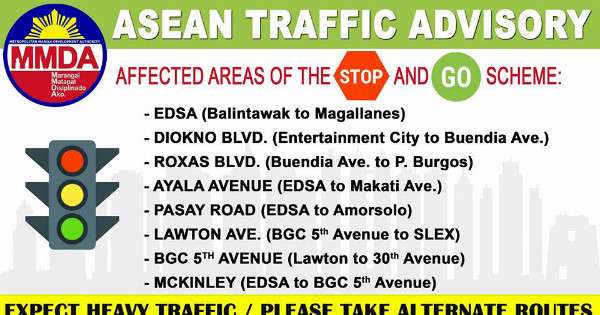 Netizens react to the horrid ASEAN Summit traffic
View other articles about:
Read the Story →
This article originally appeared on Topgear.com. Minor edits have been made by the TopGear.com.ph editors.
Share:
Retake this Poll
Quiz Results
Share:
Take this Quiz Again
TGP Rating:
/20