One hell of a ride in the movies

by Patrick Everett Tadeo | Apr 7, 2009
Fans who stuck with The Fast and the Furious series through thick and thin would be pleased with the latest installment in the franchise.

Those coming in to the theater clueless about the earlier Fast and the Furious movies, however, may not be as delighted. It could leave the viewer with a feeling that the film is a half-finished project as leads stem from various parts of the whole series.

Fast & Furious is an interquel set between 2 Fast 2 Furious and The Fast & the Furious: Tokyo Drift so it picks up right after Brian O' Connor (Paul Walker) gets back into the good graces of the Federal Bureau of Investigation (FBI) for catching a South American drug lord. Meanwhile, Dominic "Dom" Toretto (Vin Diesel) decides to eventually leave his partner Letty Ortiz (Michelle Rodriguez) as authorities are hot on his trail.

Dom later learns about Letty's death and takes the risk of crossing the border to America.

With his rage and his bulging biceps, Dom finds out that Letty was working as a courier for Arturo Braga (John Ortiz), a drug lord who uses street racers to smuggle heroin across the US-Mexican border.

Eventually, Dom bumps into O' Connor who, as an FBI agent, is also on the trail of Braga. They both try to secure a spot in the smuggling ring by going through an underground street race.

The tagline ‘New Model, Original Parts' fits the movie to a tee since the brand new film comes with its original cast. It's akin to watching old friends coming together again.

The new ones on the film, however, were a hit-and-miss affair. Ortiz's portrayal as a top honcho of a Latin American drug ring was close to his Jose Yero character in Miami Vice - thereby limiting his range as an actor.

Gal Gadot plays the role of Dom's ultimate seducer, Giselle Harabo, but she was just one eye candy in a film packed with eye candies, both mechanical and biological. And while Rodriguez looks like she can beat the crap out of any guy, she's loaded with more sex appeal and Gadot pales in comparison.

As for the cars, Fast & Furious drives more of the American muscle and less of the Japanese tech. While we see modern muscle like Dodge Viper or a Ford Mustang GT500, we also witnessed real bad-ass gas-guzzlers from the 1960s to the 1970s. Aside from Dom's resurrected Dodge Charger from the first movie, there's also his Chevy Chevelle (which appears in Tokyo Drift), the bad guy's Ford Grand Torino, and Dom's Buick Grand National GNX at the movie's opening scene.

Among the scene stealing Japanese cars were the legendary Nissan R34 Skyline GT-R and the current Subaru Impreza WRX STI that gets totaled in the end.

European sports cars also made an appearance with the souped-up BMW M5 and the Porsche Turbo.

The sheer number of cars is enough to give an authentic gearhead a fill after a three-year lull in The Fast and the Furious franchise. 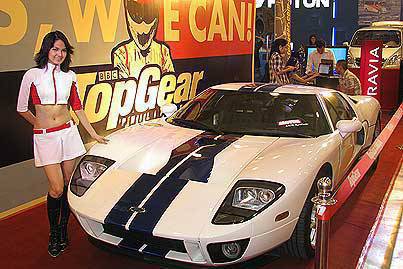 Traffic stoppers
View other articles about:
Read the Story →
This article originally appeared on Topgear.com. Minor edits have been made by the TopGear.com.ph editors.
Share:
Retake this Poll
Quiz Results
Share:
Take this Quiz Again
TGP Rating:
/20