One region, one car show

Visibility in international auto shows has become de rigueur for carmakers. But in these financially-trying times, Mitsubishi has decided to join just one major car show per continent to cut costs.

According to Automotive News, Mitsubishi has pulled out of the Frankfurt Motor Show in September since the company is already scheduled to participate in the Geneva Auto Show next month. The Japanese carmaker will unveil its new i MiEV electric vehicle concept in Switzerland.

Across the Pacific, Mitsubishi is expected to lay out its guns on its turf at the Tokyo Motor Show.

Martin van Vugt, head of Mitsubishi Germany, said the company will organize its own local marketing campaigns through "our own auto shows in car dealerships."

With the new car show strategy and the company's recent abandonment of their rally program, Mitsubishi's savings off the bat should be sizable indeed. However, one can't help but wonder what this could do to their long-term image.

But with today's economic climate, with the likes of marque brands like Rolls-Royce, Land Rover and Ferrari skipping the Detroit Auto Show as well, other cash-strapped manufacturers just might follow Mitsubishi's lead. 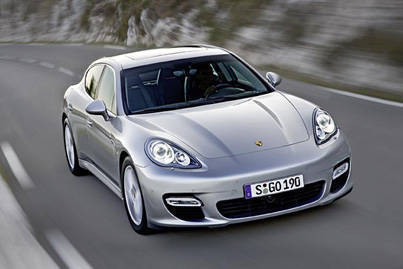 Porsche reveals Panamera's inner beauty
View other articles about:
Read the Story →
This article originally appeared on Topgear.com. Minor edits have been made by the TopGear.com.ph editors.
Share:
Retake this Poll
Quiz Results
Share:
Take this Quiz Again
TGP Rating:
/20