More than 1,000 motorists were reportedly caught violating the Metropolitan Manila Development Authority's (MMDA) new rule on the use of motorcycle lanes.

Motorcycle lanes were revealed last week and the MMDA is currently conducting a dry run on its implementation.

On the first day, from 6am to 5pm, the MMDA reportedly caught 1,154 motorcycle riders driving outside their designated lanes.

Motorists expressed mixed reactions over the use of motorcycle lanes. Some were surprised while others believe they are more prone to danger in the designated lanes.

The MMDA, however, believes that this will be an effective way to prevent motorcycle-related accidents. After this week's dry run, the agency will start charging fines on violators.

Click on the image below for the full report on ABS-CBNnews.com. 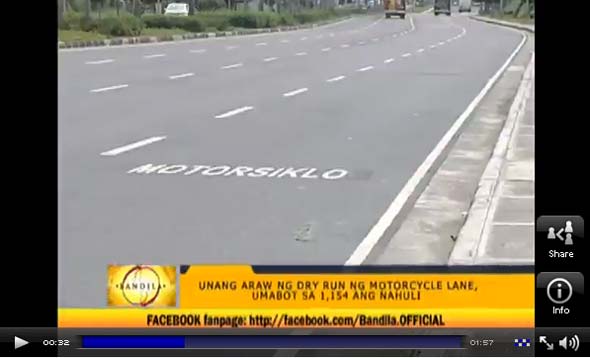 So, you want to own a Mercedes-Benz?
View other articles about:
Recommended Videos
Read the Story →
This article originally appeared on Topgear.com. Minor edits have been made by the TopGear.com.ph editors.
Share:
Retake this Poll
Quiz Results
Share:
Take this Quiz Again
TGP Rating:
/20