5 things you need to know about Singapore Grand Prix 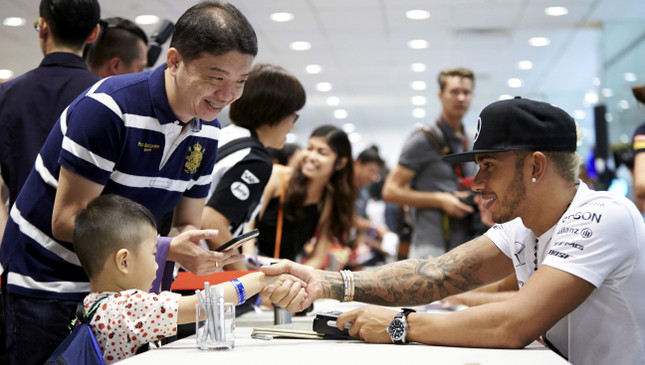 Anybody watching from the trackside in Singapore this weekend? Have fun, guys--and don’t forget to wave at us when the cameras pan your way. Just make sure you keep yourself cool and hydrated, because the heat and humidity in the Lion City can get extremely punishing even if you aren’t a Formula 1 driver in complete race gear. Have your masks at the ready, too, in case the haze refuses to thin out!

This round is probably the most challenging GP of the year when you factor in the climate, the length of the race, and the nature of the track. Marina Bay Street Circuit has a total of 23 corners and barely any straights, and despite the removal of the Turn 10 chicane (aka the dreaded Singapore Sling) a couple of years ago, there are still tricky areas waiting to ensnare drivers throughout the 5.065km course. For 2015, changes have also been made to Turns 11, 12 and 13 to increase overtaking opportunities.

Here are your other need-to-know tidbits for the weekend.

1. If you’ve traveled to Singapore, we hope you’ve booked your return trip for the day after, because this race tends to run close to the two-hour limit for GPs. Twice in the past three years, it was actually the clock rather than the lap counter that brought out the checkered flag. Sixty-one laps of a 23-corner circuit is perhaps overkill, especially when the safety car has come out to interrupt the proceedings in the past seven stagings of the event.

2. Red Bull and Renault have an amazing record of three wins--taken consecutively at that--at this venue, but it looks like the once-dominant partnership of the sport is on the verge of coming to a fiery end, like a V6-hybrid power unit going boom. Renault says they are still ‘renegotiating’ the terms of their contract, which originally expires at the end of next year. Mercedes has already decided against providing the formidable Red Bull squad with the best power unit on the grid, while Ferrari is supposedly open to supplying. It’s all a big question mark at the moment.

On the subject of uncertain things, Jenson Button’s 2016 contract still hangs in the balance, with the 2009 champion stating that it’s McLaren or bust. At least he has a permanent day job for the remainder of the year, unlike Roberto Merhi, whose Manor seat is being given to Alexander Rossi for five of the last seven GPs.

3. The Marina Bay Street Circuit puts a higher premium on an agile and balanced chassis versus a powerful engine, so a number of teams are fancying their chances for higher-than-usual finishes. Red Bull, in particular, has some fighting words about going for podiums or the win, and Ferrari has likewise stated that this is the best opportunity to score a third victory this year. Williams and McLaren, too, feel that they can get closer to the established front-runners.

Still, that’s not to say any old power unit will do here. Drivability and traction out of the corners are hugely important, and engineers will be looking to get the best balance between immediacy and smoothness in the power delivery of their units to minimize turbo lag and wheelspin. Cooling is a big concern as well.

4. Sebastian Vettel is currently the most successful driver in Singapore, having achieved the lap record of 1:48.574, points in all seven stagings, five podium finishes, and three victories (2011, 2012 and 2013). He is also one of two drivers to have accomplished a grand slam at this venue (pole, win, fastest lap, all laps led), the other being Fernando Alonso. The Spaniard matches the German with points finishes since 2008 as well as five podiums, but he has one fewer win.

5. Lewis Hamilton, however, can equal Vettel’s wins tally in Singapore--not to mention Vettel and Ayrton Senna’s total career wins of 41. If Hamilton takes his 41st victory on the streets of Marina Bay, he will have done so in the same number of starts (161) as Senna, whom he has idolized since childhood.

At a glance: Singapore Grand Prix 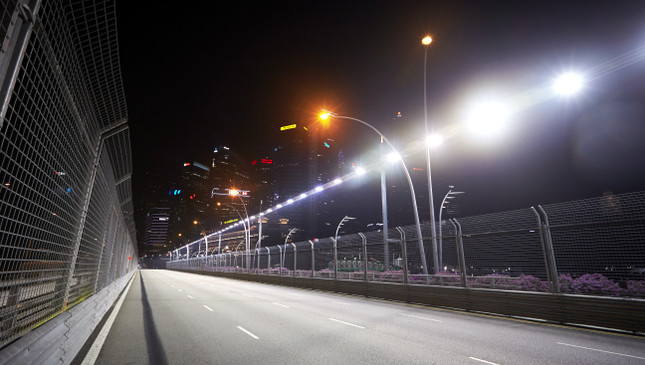 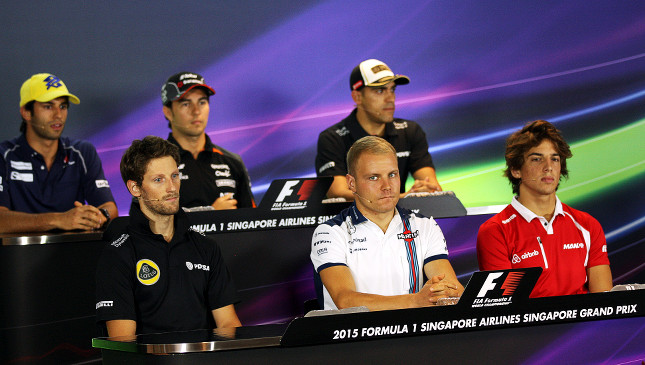 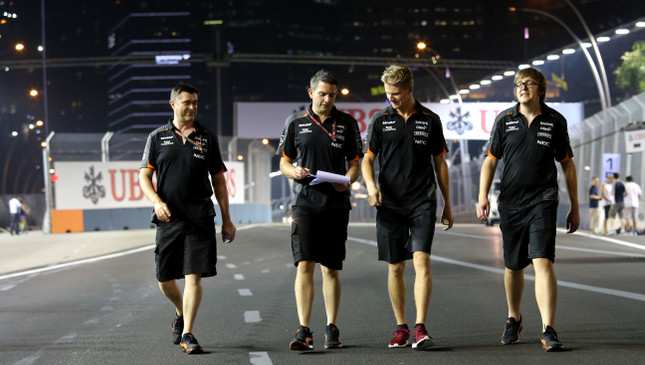 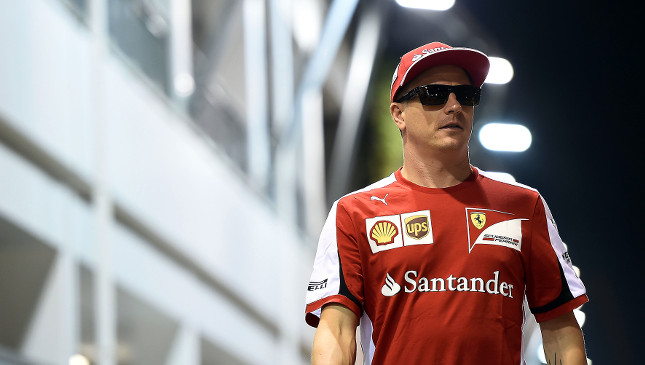 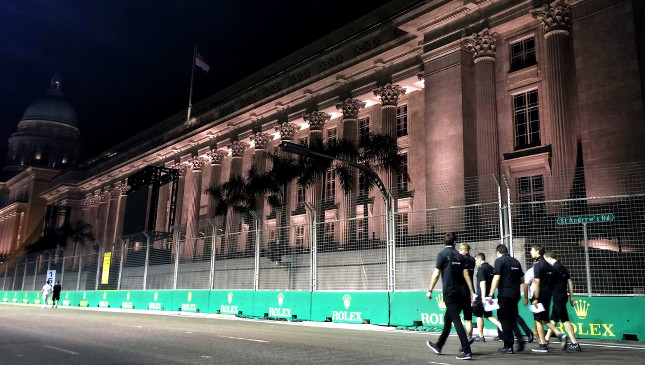 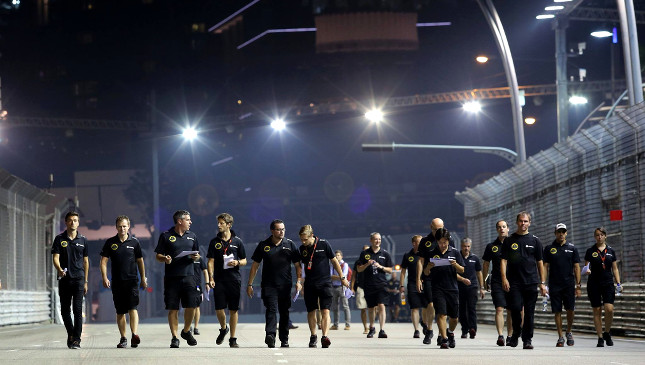 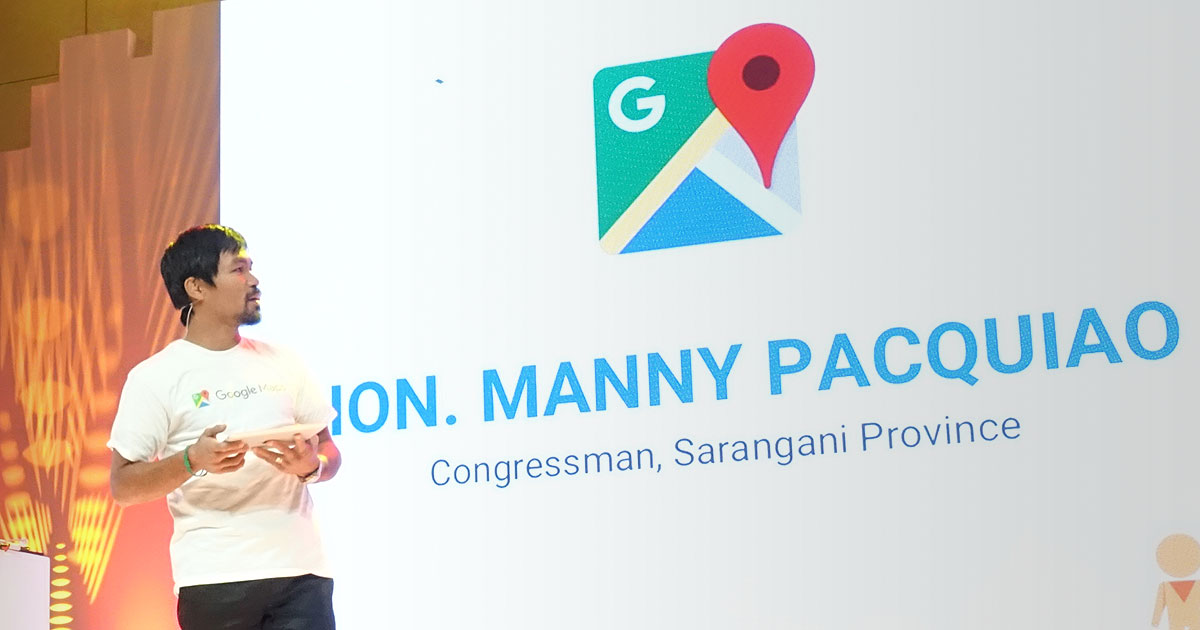 Manny Pacquiao invites us to tour his hometown...via Google Street View
View other articles about:
Recommended Videos
Read the Story →
This article originally appeared on Topgear.com. Minor edits have been made by the TopGear.com.ph editors.
Share:
Retake this Poll
Quiz Results
Share:
Take this Quiz Again
TGP Rating:
/20