This is a first for the company
by Stephen Dobie | Sep 21, 2019
CAR BRANDS IN THIS ARTICLE

“You can never expect us to be as dominant as we are in Formula 1.” It’s an odd choice of words for Mercedes motorsport boss Toto Wolff to use at the launch of the company’s first Formula E car proper.

But it’s a mark of how outrageously successful the team’s F1 efforts have been rather than an indictment of the EQ Silver Arrow 01 before it’s even turned a wheel.

“What has happened in the last few years is we were an outlier,” Wolff tells Top Gear. “We have seen it with other teams in the past, but it happens once every 20 years. In Formula E we want to be decent coming out of the blocks, proud of the job we have done, score some highlights and then take it from there.”

Is there much opportunity to switch learnings from F1 to its electric equivalent? “You want to harvest where there are synergies but the truth is we are flat out in Formula 1, so there isn’t a lot of spare capacity left to give these guys another job. So we have set up a different structure with these guys at HWA as our partner team, but there are ex-Mercedes F1 people who have been deployed on the project.”

HWA formerly ran Merc’s DTM team, and was in charge for an inaugural season in Formula E with Brit Gary Paffett and Belgian Stoffel Vandoorne as drivers. Vandoorne has remained, but 38-year-old Paffett has been replaced by 24-year-old Nyck de Vries, a Dutch driver moving across from Formula 2.

“The decision we had to take was between youth and the future of the team, and experience for short-term performance gains,” says Wolff. “We hope very much Gary stays within the Mercedes family in a different role, helping Nyck and Stoffel to progress from here, but he’s got to make up his mind.”

Now that the powertrain is fully developed at Mercedes’ Brixworth facility—with the expertise gained from the electrical assistance systems in its F1 cars poured directly into a fully electric set-up—the HWA branding has been swapped for full Silver Arrows livery and the workforce has swelled.

“My engineers will all be the same,” Vandoorne tells us. “The people from HWA who do the operation on the car will all remain, so it will all be familiar faces on a race weekend which is a massive benefit.

“I really enjoyed the championship last year, I think it was good for me to have that season under my belt in maybe not the most competitive car, but in a car that was capable of delivering good results. I had some pretty good moments – pole in Hong Kong, a podium in Rome, a lot of Super Pole appearances – so we were there or thereabouts. But with the potential we have behind us right now there will be much more opportunity in the future to fight for greater results.”

How soon could that turn into a title, for Vandoorne and Mercedes? “It’s too early to say. Obviously I’m ambitious. I want it to happen quickly, that’s what I’m here for, to be as successful as possible. But first of all, a victory would be a massive achievement. That’s the first box we need to tick off before thinking about a championship. In the medium- to long-term a title will be possible with this group of people.”

“It’s going to be learning curve,” says his teammate de Vries, about to embark upon his first season in Formula E. “We are really in it as a team, so Stoffel will help me out. It is very handy to have a teammate who has a year of experience. But it’s also good to have someone new who is completely objective.

“We also know each other well. We raced together in Formula Renault—I was on the podium with him two times in my first weekend!”

Both will be simulator drivers with the Mercedes Formula 1 team, and both are able to fill their free weekends with other motorsport endeavors. Vandoorne stood atop the podium at the 2019 Le Mans 24 Hours, and de Vries has a full season in the World Endurance Championship planned in 2020.

Will they be driving electric cars on the road? “My car isn’t electric yet,” says Vandoorne. “I have a C63 S AMG. It’s a pretty good choice but in the future I will definitely have an electric car at some point. I really like the EQ S concept car so that wouldn’t be a bad one to have in the garage.”

Formula E’s sixth season kicks off in November. How long before Mercedes lifts the trophy? 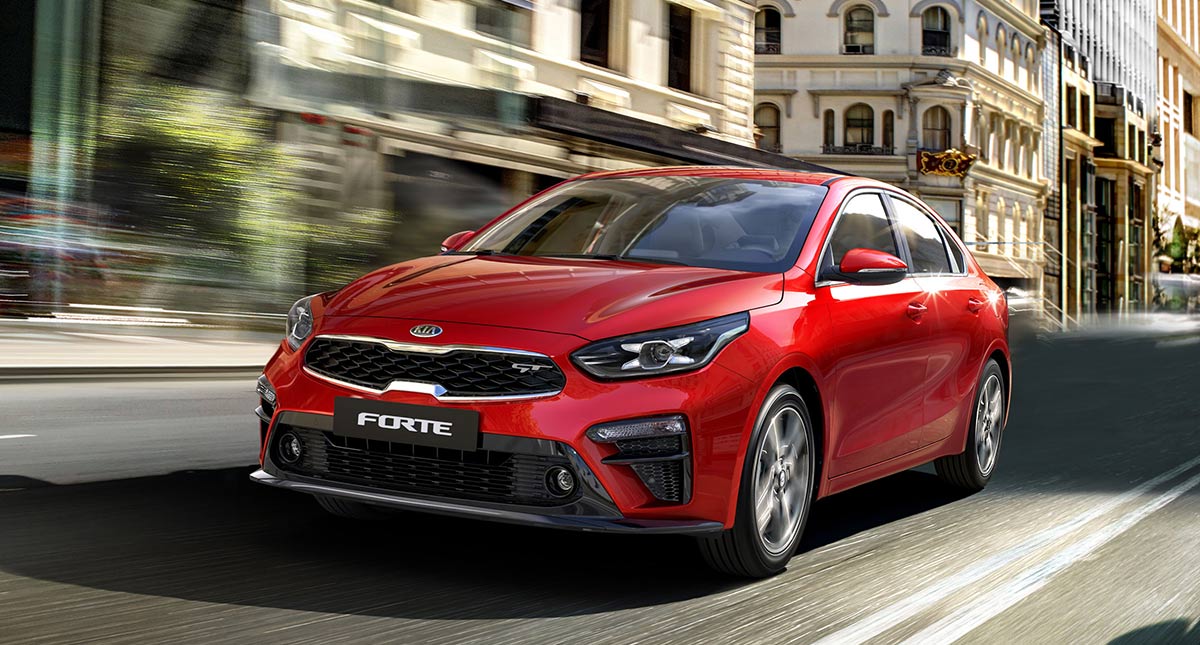 The 2020 Kia Forte GT is a 204hp beast
View other articles about:
Read the Story →
This article originally appeared on Topgear.com. Minor edits have been made by the TopGear.com.ph editors.
Share:
Retake this Poll
Quiz Results
Share:
Take this Quiz Again
TGP Rating:
/20