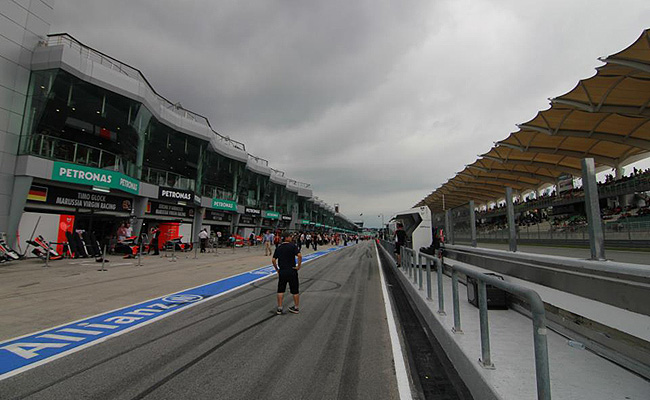 With the exception of the Singapore Grand Prix, the most accessible Formula 1 race to Filipinos is the Malaysian Grand Prix. The problem with the latter, however, is that you have to travel all the way from Kuala Lumpur to get to the racetrack, which is 45 minutes to one hour away.

Hopefully, in two years' time, that will no longer be the case as Sepang International Circuit, the organizer behind the Malaysian GP, will soon build two hotels just a stone's throw away from the racetrack.

According to SIC chief executive Dato Razlan Razali, the company hopes to open by 2016 a boutique hotel and a four-star hotel within the racetrack complex.

"The Singapore Grand Prix is not a true racetrack," stressed Razali. "While there are lots of hotels nearby, the race isn't as dramatic as on a real racetrack. Sepang, on the other hand, is a purpose-built racetrack with some areas offering a good view of as much as 60% of the track."

And it's not just Formula 1 fans who will benefit from the hotels' location but also followers of the MotoGP and, starting this year, FIM Superbike.

So, if you'd rather forgo shopping in Kuala Lumpur and just attend the races, you could soon choose to stay in one of the two hotels that SIC will open by 2016. Count it as a bonus that the Kuala Lumpur International Airport is just a mere 13km away from the racetrack.

Malaysian GP organizer kicks off promotion of 2014 Formula 1 race
View other articles about:
Recommended Videos
Read the Story →
This article originally appeared on Topgear.com. Minor edits have been made by the TopGear.com.ph editors.
Share:
Retake this Poll
Quiz Results
Share:
Take this Quiz Again
TGP Rating:
/20