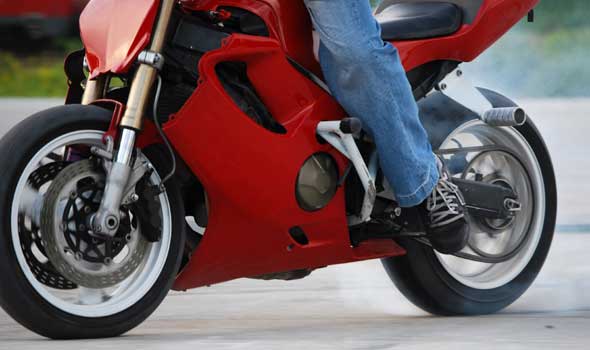 A motorcycle rider is now locked up in jail after police authorities flagged him down for not wearing a helmet in a checkpoint in Sta. Cruz, Laguna, where they later found out that he was using a stolen bike.

Nikko Ramos, a resident of Pila, Laguna, was arrested by elements of the Laguna Highway Patrol Group (HPG) while conducting anti-car-theft operations.

Reports reaching Philippine National Police HPG director Chief Supt. Leonardo Espina in Camp Crame said that Ramos was riding a Yamaha Mio with license plate number NU-7153 when he was flagged down at a checkpoint in Barangay Callos for not wearing a helmet.

As part of standard police procedure to prove his ownership of the Mio, the HPG team asked from Ramos the registration papers of the motorcycle, which he failed to produce.

This prompted the police team to check the Mio’s back using its chassis and engine numbers through the HPG Vehicle Information System, which led to information that it was stolen on February 28, 2007.

Police also traced the real owner of the Yamaha motorcycle as Teresita Marinduque, a resident of Arayat St., Sun Valley, Bacoor, Cavite, and its original plate number was WI-4494.

Photo from SXC.hu is for illustrative purposes only