Local car manufacturers started the year with slightly lower sales, data from the Chamber of Automotive Manufacturers of the Philippines, Inc. (CAMPI) showed.

CAMPI president Elizabeth H. Lee said January sales are seasonally low as most car purchases are made in December when consumers' disposable income is usually high.

"This shows continued consumer confidence in the market though buyers are more stringent in their purchases taking into consideration fuel efficiency, purchase price, and value for money as top purchase criteria," she added.

Lee said the Philippine market is remains in a better position compared to other car markets.

Car sales in the United States plunged 37 percent to a 26-year low, while Japan reported a 27.9 percent decline to a 37-year low in vehicle sales.

While China overtook the US as the biggest car market in January, it also posted lower sales with an industry decline of 14.4 percent.

Philippine car manufacturers are undaunted by the global economic crunch as they expect sales growth to hit as much as four percent this year.

Growth is expected to be fueled by the continued increase in remittances which finance consumer spending, and the growing interest of Filipinos in entrepreneurship.

"CV sales are expected to pick up in the coming months as fleet sales are realized and stocks normalize. Demand for dual purpose vehicles such as vans and pickups will continue," Lee said. 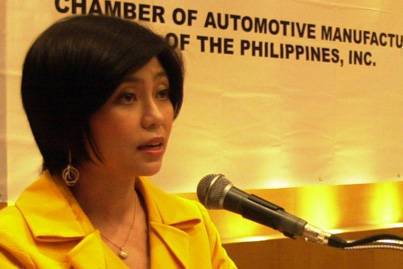 CAMPI sees 4% hike in car sales
View other articles about:
Recommended Videos
Read the Story →
This article originally appeared on Topgear.com. Minor edits have been made by the TopGear.com.ph editors.
Share:
Retake this Poll
Quiz Results
Share:
Take this Quiz Again
TGP Rating:
/20