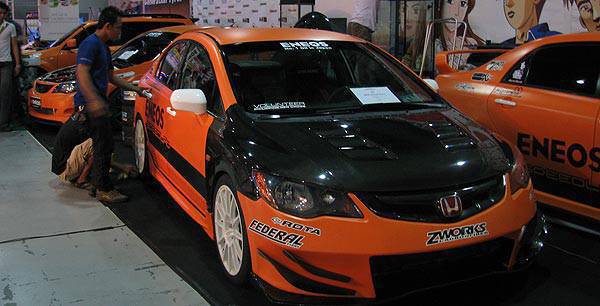 Gearheads and speed freaks from Central and Northern Luzon have something to look forward to in 2011 as Speedlab, one of the country's top aftermarket tuning shops, will be opening a branch at the Clark International Speedway.

This was revealed to TopGear.com.ph during the Manila Auto Salon by Ferman Lao,  one of the proprietors of Speedlab. Lao is also the technical editor of Top Gear Philippines.

Although the Speedlab branch in Clark will be smaller than the main branch in Quezon City, it will have one thing that no other tuning shops in the country can offer: a state-of-the-art all-wheel-drive load dynamometer capable of handling up to 2,000hp, Lao said.

He added that Speedlab's new dynamometer is the same one used by most major car manufacturers in the United States and Europe.

"We're setting up an agreement with the management of Clark Speedway in such a way that after a customer has his car tuned at the Speedlab branch in Clark, we can immediately run it on the Speedway's track to test the modifications," Lao said.

Speedlab is also in talks with Clark Speedway to eventually give the same benefit to clients whose cars are tuned and modified in the shop's Quezon City branch.

Speedlab hopes to have its Clark Speedway branch fully operational by the second quarter of 2011.

Ferrari to sell limited-edition, Japan-exclusive California
View other articles about:
Read the Story →
This article originally appeared on Topgear.com. Minor edits have been made by the TopGear.com.ph editors.
Share:
Retake this Poll
Quiz Results
Share:
Take this Quiz Again
TGP Rating:
/20