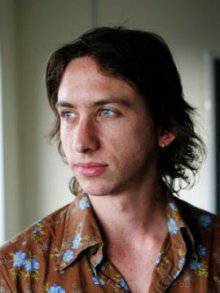 The British edition of Top Gear magazine is formally introducing its new editor in chief to its readers in the upcoming issue of the popular automotive publication. Conor McNicholas, formerly the editor of another British magazine, the New Musical Express, is officially taking over the post vacated by Michael Harvey, who left Top Gear in April to pursue other interests. McNicholas's arrival finally restores order in the car magazine's staff box, which has seen creative director Charlie Turner assuming the role of acting editor the past few months.

That McNicholas came from a music publication underscores BBC Magazines' intent to inject more entertainment into the print version of Top Gear. The new EIC, in fact, was named Entertainment Magazine Editor of the Year by the British Society of Magazine Editors in 2005.

In his October 30 e-mail to the Top Gear Philippines staff, McNicholas said: "I've been a Top Gear magazine reader for many years and I'm delighted to be here at the helm. I've always been passionate about cars, and running Top Gear is a dream job."

As expected of any new editor, McNicholas is to implement immediate changes to the magazine. "For various reasons, there's been little change in Top Gear in recent years," he pointed out. "The time is right to do something about that. I've made some changes to the magazine immediately. These changes are part of a plan to turn Top Gear into the biggest men's magazine in the UK. I'm seeking to make the magazine more accessible and fun, while retaining all of our authority and unique tone of voice."

In particular, changes will soon be seen in the magazine's layout. "I am about to start work with creative director Charlie Turner on a full magazine redesign to be published in the first quarter of next year."

Other changes include more distinction for the columns of Jeremy Clarkson, Richard Hammond and James May; the evolution of the Faces section into something more fun and relevant; the removal of the columns of Matt Masters and Jamie Kitman; and the addition of exciting new features like "Extreme Drives" and "Roads To Drive Before You Die."

Get your electronic fix with Top Gear Philippines' November issue
View other articles about:
Read the Story →
This article originally appeared on Topgear.com. Minor edits have been made by the TopGear.com.ph editors.
Share:
Retake this Poll
Quiz Results
Share:
Take this Quiz Again
TGP Rating:
/20