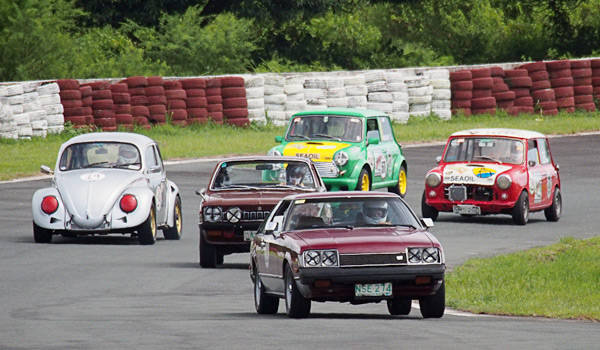 Ever wondered what it's like to see old-school cars race against each other back in the day? A total of 29 cars made it to the starting grid of the Batangas Racing Circuit last October 28 in the first-ever Retro Touring Car Philippines race, and those fortunate enough to witness them battle for track position are wondering no more.

Organized by Tuason Racing School, the event featured four classes that required driving skill as well as mechanical expertise. Cars that joined the race had to be fed air via carburetors as no electronic fuel injection was allowed. Limited tire treadwear was enforced to more or less equalize the cars on the track.

A gaggle of classic Minis, Volkswagens and various pre-1985 old-school cars competed on the track during the 15-minute Sunday qualifying run to determine the grid positions for the first race. Getting a fast time while negotiating traffic during this session was an intense racing experience in itself, with a lot of overtaking happening in various parts of the 3.4km course.

Pole position for the morning race went to Albert Quiroz in a 1984 box-type Mitsubishi Lancer as he relied on his car's imposing race setup to get past other racers crowding for track space.

The first race of the day was to settle the grid positions for the main race later in the afternoon. An exciting battle between Quiroz and Kafer Cup series stalwart Brian Bautista (VW Beetle) ensued over the better part of the six-lap heat. In the end, Quiroz made a daring last-lap pass stick in order to get pole position for the main event.

The final heat in the afternoon saw Quiroz get swamped at the start after a slow takeoff. He did manage to catch up to the leaders only to lose out again to Bautista at the Casino corner in the fight for first. The Lancer just didn’t give up as it caught up with and passed Carlos Castañeda's Mini for second place. However, on the last lap, with back-markers now coming into play, Quiroz lost second place to Castañeda as the Mini managed to take advantage of the traffic the Lancer was caught in. Bautista thus ran away with the win and became the overall winner of the first Retro Touring Car Philippines race.

The excitement of the races extended all the way to the back end of the grid with enthusiasm permeating through the pit garages--a host of drivers bringing in their prized possessions in various states of preparation. Two of the more familiar faces among the retro race participants were Top Gear Philippines columnist Aris Ilagan and Lexus Manila marketing services officer Carlo Chungunco.

Ilagan brought his 1981 Toyota Starlet not expecting much action for the day. "I just wanted to have fun with the car on the track," said the seasoned journalist. With only Concept One bucket seats, a four-point racing harness and a lowered suspension in his setup arsenal for the weekend, he still gamely cruised around the track and experienced his share of fender-to-fender duels. Even as his 5K 1,500cc twin-down carb-equipped, four-speed manual "Tweety" circled the track seeing more blue flags than he would have wanted, Ilagan was more than happy just to see photos of the car he had owned for 20 years banking corners in anger.

Chungunco was more introspective about his racing experience. He had acquired his 1978 Toyota Celica Liftback GT just a month and a half ago. With his car basically stock, Chungunco was eager to join the race if only to inhale the aroma of unburnt hydrocarbons from his Celica's carbureted 2.2-liter 20R engine. "It was an awesome experience," said the Lexus PR executive. And even as he missed the first race due to a dirty carb, which he had to clean himself, Chungunco was nonetheless beaming with joy from the experience. "I really had to learn everything from scratch but going back to basics has led me to a deeper understanding as to how a car works and a clearer appreciation for the mechanical magic that we can so easily take for granted in this world of electronic fuel injection and computer boxes."

The same feeling of satisfaction was obvious around the paddock that weekend not only from the racers themselves but also from their supporters and the appreciative audience who got a healthy dose of racing excitement and thrills from old-school racers. In the world of retro car owners, racing is a way to connect with their cars at a different level altogether. No high-tech, go-fast goodies here, just plain ingenuity, resourcefulness and overflowing passion for cars that have real sentimental--rather than monetary--value. 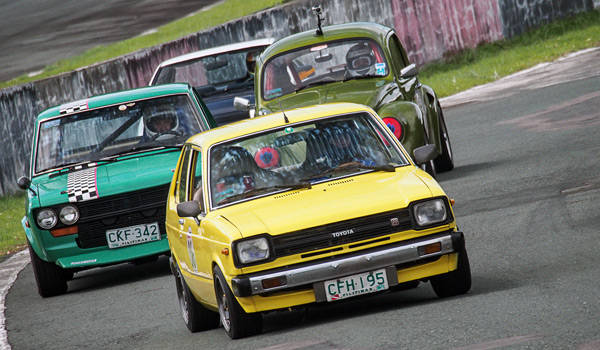 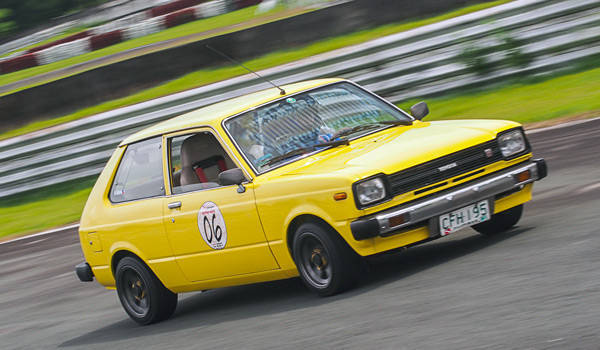 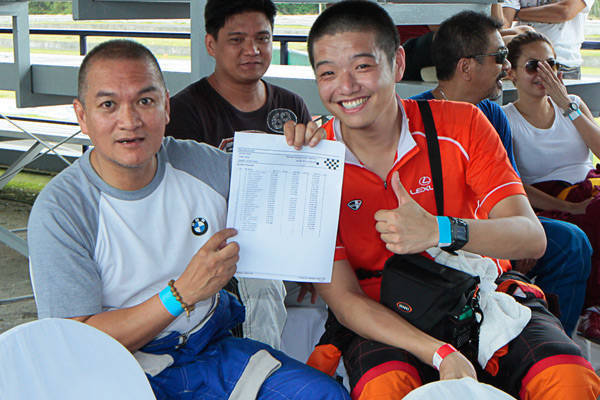