Perfect graduation gift for himself
by Vernon B. Sarne | Mar 26, 2012
CAR MODELS IN THIS ARTICLE 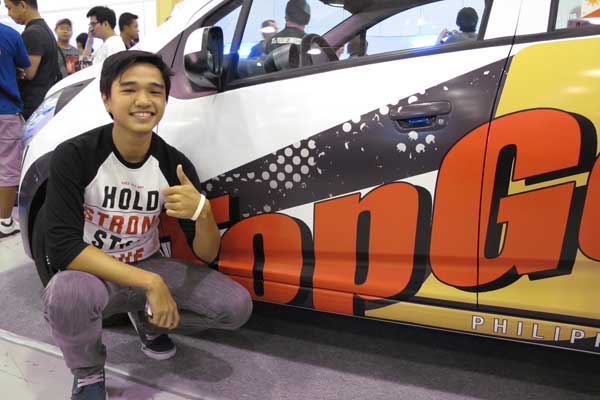 The ecstatic guy you see above is Marco Rivera, a 20-year-old student from the University of Santo Tomas's College of Fine Arts and Design. Right now, as you read this, he is receiving his diploma at his class graduation. But officially completing his studies is not the only thing that Marco is celebrating.

Yesterday, on the second and last day of Hot Import Nights Manila, the aspiring car designer happily learned that his livery design (see photo below) had won first runner-up in the Design the Top Gear Race Spark contest. We asked Marco to go to the venue (World Trade Center) without telling him the good news. We wanted to see his reaction when he laid his eyes on an actual Chevrolet Spark wrapped in his racing livery.

Marco arrived with his parents and two siblings. They immediately flocked to the car and started taking pictures. The grin on the boy's face was priceless. His family was beaming with pride.

"I didn't really know what to expect coming here, but I kind of had a hunch because I sort of recognized my design in a Facebook photo taken by somebody at Hot Import Nights," Marco told us. "To be honest, I don't really care about the prize. Just having my design rendered as a real car is already enough for me."

Marco's first runner-up prize includes one set of alloy wheels from Concept One, oil from Castrol and assorted Chevrolet merchandise. His design placed second in a field of 40 entries. The overall winner--the only one that got a higher score than Marco's entry--will be unveiled at the Manila International Auto Show this coming Thursday.

"I sought the advice of my professor, Ms. Adrienne Zacarias, and my friend Vince Chua, one of the founders of the Automasino car club, regarding my design," shared an elated Marco, who majored in Advertising but hopes to pursue Industrial Design to realize his dream of becoming a car designer.

The Design the Top Gear Race Spark contest is a joint project of Top Gear Philippines and Chevrolet Philippines, in partnership with Castrol Philippines, Concept One, SpeedLab, H&R and Icon Graphics. 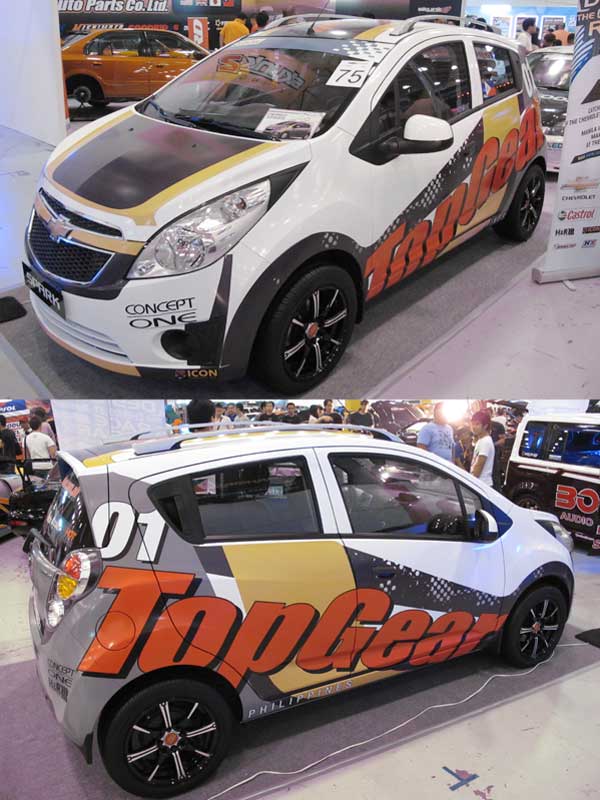 Mercedes-Benz destroys unauthorized 300 SL replica
View other articles about:
Read the Story →
This article originally appeared on Topgear.com. Minor edits have been made by the TopGear.com.ph editors.
Share:
Retake this Poll
Quiz Results
Share:
Take this Quiz Again
TGP Rating:
/20