Volvo is offering you a P1-million treat 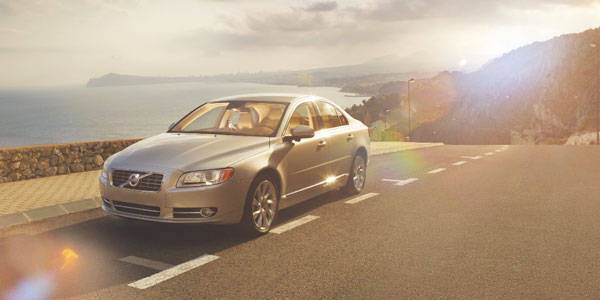 We don't care what they say about money no longer having value these days--a million bucks is still a million bucks. Definitely not to be sneezed at. That amount is still quite steep even by today's standards, so much so that you will never find anyone handing it to you on a silver platter. Until now.

Viking Cars, the exclusive distributor of Volvo vehicles in the country, has introduced its P1-million promo. "What can you do with P1 million?" the promo asks.

Well, you can pick from the following three choices, according to Viking Cars.

One, you can choose a straight P1-million discount if you buy an S80 T5 or an XC90 AWD in cash.

Three, you can get either an S80 T5 or an XC90 AWD for just a 30-percent down payment and with zero-percent interest, the remaining balance to be paid in 48 months.

"We at Volvo always put people in mind when designing our cars," said Viking Cars assistant vice president for marketing services Loi Concepcion-de Guzman. "That is why we are offering them tailor-made packages on how they can best own a Volvo. We always think of innovations that make life less complicated and with a clear customer focus."

If you feel like getting an extra million in value for acquiring a car laden with safety features, you have until February 15, 2012, to make a move.

Chevrolet Philippines looks back at 2011
View other articles about:
Recommended Videos
Read the Story →
This article originally appeared on Topgear.com. Minor edits have been made by the TopGear.com.ph editors.
Share:
Retake this Poll
Quiz Results
Share:
Take this Quiz Again
TGP Rating:
/20