Was the Hyundai Elantra to blame in the Ayala Alabang accident?

Readers offer opinion and accounts of what happened
May 22, 2012
CAR BRANDS IN THIS ARTICLE 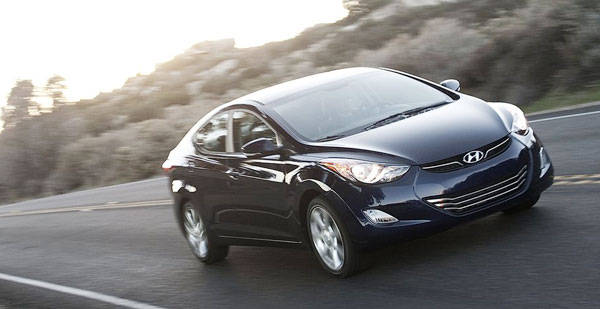 The fatal car accident in Ayala Alabang over the weekend that killed four teenaged boys is currently the hottest topic in the local motoring community. And understandably so. Two of the victims were brothers. And Filipinos being very family-oriented, all of us want to commiserate with the bereaved parents.

In fact, many of us have something to say about the matter, as shown by the comments on our story yesterday about the father of the teenaged brothers posting a moving message on his Facebook wall. Obviously, most of the comments expressed sympathy. But a handful also pointed at another angle: What about the black Hyundai Elantra involved in the accident? Why did it fail to protect its occupants?

Here are some of the comments:

* Out of topic questions but I think these are relevant nonetheless: (1) How "fast" was the Elantra going prior to collision? (2) What was the variant of the Elantra? Were the airbags deployed? It made me wonder because Ayala Alabang Village has lots of humps in its roads. I have a friend who had a modified big-body Corolla that had a high-speed front collision, but wrecking only the front cut of the whole engine bay. Makes me wonder about this Car of the Year's overall vehicle integrity. - otto_meister

* I am still wondering how fast the car was going for it to be "cut in half," as some reports claim. In a subdivision as well, I find it difficult to go above 40-50kph especially with humps littered all over the place, so I just can't understand how it ended up this badly and why they ended up driving "that fast." If none of them were wearing seatbelts, I would have still expected those at the back to have a better chance of survival compared to those at the front, given that most likely, the engine bay collapsed inwards to the front passenger/driver compartment area. - 17Sphynx17

And then came one post from someone who claimed to have gotten his information from actual witnesses:

* I had dinner Sunday evening with relatives from AAVA who saw the actual accident scene and spoke to the guards. Nearly the whole thing was captured on the village CCTV cameras. This is what the news article isn't saying: The boys had come from a convenience store beside the village's basketball court, apparently to buy more alcohol. Acacia Avenue's humps are staggered, meaning they don't cross the entire width of the road, and the driver was observed (on CCTV) zigzagging around the humps, as if Acacia Ave was a slalom course, and picking up speed. By the time they got to the last, fateful set of humps, the car was doing (as calculated by village security personnel) about 120kph. The driver oversteered exiting the "slalom" and the car spun, hit the curb and went airborne.

Upon landing, the Elantra hit a concrete utility post SIDE-ON. The car was wrapped around the post and its roof had been pried open. The airbags didn't go off because the sensor which triggers the deployment of the airbags is in the bumper or within the first few inches of the car's front. The Elantra hit the post side-on, which didn't disturb the airbag sensor at all.

Lawyers will probably have a field day trying to pin the blame on Hyundai, but the truth is, airbag deployment simply doesn't work that way. I've seen (and photographed) at least one Hyundai in a frontal accident where BOTH airbags deployed properly. With all due respect and sympathy to the affected families, the car wasn't intoxicated or driving around the humps on its own.

The Car of the Year award doesn't necessarily mean the winning car can rip through a slalom course at extra-legal speeds. Even F1 cars, for all the gripping power in their tires and expertise in their drivers' hands, spin out of a corner when taken too fast. The laws of Physics have limits too, and were, sadly, among several laws broken that night. However, amidst this horrific tragedy, if this incident teaches parents to be more vigilant and young drivers to be more prudent, the loss of four young lives before last Sunday dawn will not be in vain. My condolences. Drive safely, always. - steve1221

For now, we don't know how accurate the above statements are. We will have to wait for the official result of the investigation for that. To be fair to the victims, here's another comment attesting to their good conduct:

* They're not doing a joyride. They were on the way home. I don't think they were under the influence. These guys kept it straight; they were actually elegant and reserved in person. I'm not sure where they were from, and I don't have the guts to ask (the father). R.I.P. Tim & Josh - best of friends and best of brothers. You may be sitting in the sidelines of church trying to avoid public eye, and yet you will be remembered fondly and constantly. - Gartlas P. Baudelaire

As in other fatal accidents in the past, we may never ever know the whole truth. Some will say we probably don't even have the right to know the truth--especially if knowing the truth will only add to the misery of the families left behind. Whatever the truth is, here's a thought that will always remain true: The best safety equipment is the one sitting in the driver's seat. No amount of crumple zones and antilock brakes and supplemental airbags and traction control can beat that.