What's in store for F1 in Shanghai?

Fiat 500
It is no secret that 2009 Formula One series has been hounded by controversies since the start of the season.

This weekend's Chinese Grand Prix should serve as a respite from all the drama. After all, the Fédération Internationale de l'Automobile (FIA) has started addressing controversial concerns, starting off with the decision over the legality of the diffuser design used by the Brawn GP, Toyota and Williams teams. On April 29, the FIA's World Motor Sport Council will also be conducting a meeting to discuss what has now been coined by some observers as the McLaren's "Liegate" scandal.

With concerns being addressed accordingly, F1 fans can focus back on track starting with the race at the Shanghai International Circuit.

F1 teams competing in Shanghai will race on a 5.451-kilometer track designed by Hermann Tilke, whose trademark includes a long back straight followed by a sharp hairpin turn. Other tough spots include the two snail-like turns that narrows as the corners progress. This is countered by generous run-off areas that serve as an incentive for drivers to overtake and pump more excitement for the race.
Teams to watch

With Brawn GP secure in the knowledge its diffusers are legal, there is hardly any pressure on the team's lead in both the driver's and constructor's championship standings.

The pressure lies more on the likes of Ferrari, Renault and McLaren as they play catch-up with the "diffuser three." Renault and McLaren have come up with an interim diffuser for their cars while Ferrari has chosen to abandon its troublesome KERS (kinetic energy recovery system) package that cost them the Malaysian Grand Prix.

This leaves Red Bull Racing (and Toro Rosso, in effect) with a good chance to score some points while most of the major teams to wait for the F1 circus to travel to Europe before they bring out their revised aero packages.

Barring any inane developments on- and off-track, the races should have some semblance of order from here on. Can Jenson Button and Brawn GP make it three-for-three? Can Toyota hold on to the second spot? Will Ferrari's worst start to the season since the early 1990s continue? The answers will be revealed when action starts at 3 p.m. Shanghai time on April 19. 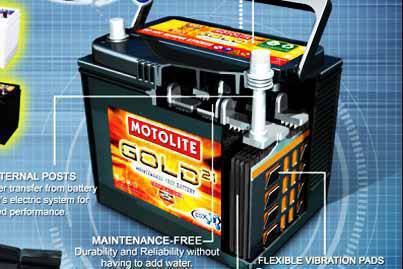 Motolite receives awards
View other articles about:
Read the Story →
This article originally appeared on Topgear.com. Minor edits have been made by the TopGear.com.ph editors.
Share:
Retake this Poll
Quiz Results
Share:
Take this Quiz Again
TGP Rating:
/20