A VW Beetle for our time

The spirit of the Bug lives on
by Andy Leuterio | Mar 2, 2015
CAR BRANDS IN THIS ARTICLE 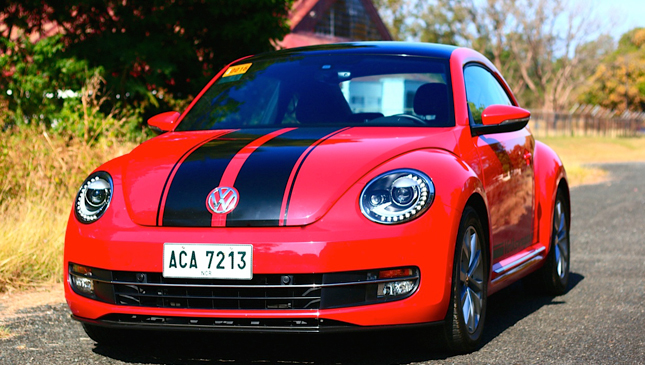 I have fond memories of the Volkswagen Beetle. In the '80s, my lola would take my brother and me out for trips to the relatives or the local ice cream parlor. It was powder blue and had the perforated leatherette upholstery, and the whirr of its little air-cooled motor was always a source of amusement. We didn’t need air-conditioning then, and the only inlets of fresh air when the windows were up were the little quarter-panel vents at the A-pillars. Sadly, lola sold the Beetle sometime in the late '80s.

Today’s Beetle is more of a spiritual successor to the famed Love Bug than a true, mechanical descendant of the original people’s car. It is front-wheel-drive, has a modern water-cooled TSI engine that punches out around three times what the original air-cooled mill ever did, and is much heavier. It is also more comfortable and safer. In essence, it is a Jetta in much cuter sheet metal.

The Beetle carries a hefty sticker price of P1.59 million for the manual and P1.79 million for this DSG-equipped variant with the 1.4-liter Twincharge Stratified Injection four-cylinder. No, it is not a stunning bargain. Neither is it very sporty. It is, however, a whole lot of fun for those looking for a stylish two-door with all the comforts of a modern, European car. In a market starved for fashionable “selfish” cars, the Beetle’s price point is shared with only four others: the Subaru/Toyota BRZ/86, the Honda CR-Z, and the Hyundai Genesis Coupe. The Beetle is arguably the least sporty of the gang.

Despite its bubbly appearance, the Beetle is quite a large coupe. It’s actually taller and wider than the Polo sedan, and even wider than the Jetta. Adults of modest height (under six feet) will be reasonably comfortable in the back, and the ride is Euro-firm without being harsh. There’s none of the bouncing and crashing sensation you’d get sitting right next to the rear suspension, as in the CR-Z and the 86.

High performance was not in the Beetle engineer’s mission orders. Rather, all-day ride comfort was given top priority. The Bug’s composed ride, velvety steering, and efficient drivetrain make it an enjoyable vehicle to take for long road trips. The DSG is a good match for the TSI engine, too. In city traffic, it shifts cleanly and quickly in D. In hurry-up mode, S raises the shift points and holds gears through the turns. Put it in the manual gate and you can shift for yourself most of the time, although it will hold off on downshifts if the engine speed is too high. It will also automatically shift up if you bring the tach right up to the redline. The only sticking point is the DSG’s low-speed performance. In stop-and-go traffic, you can feel and hear the clutches lurching and shuddering, just like in a Ford Fiesta.

The drivetrain is happiest at moderately high speeds, where the seven-speed transmission and high-efficiency injectors enable the Bug to go into super cruise mode. At a steady 110kph, the engine is just over 2,000rpm. With three other passengers on a round trip to and from Subic, we averaged an easy 13.5km/L.

Out in the hills, the Beetle is also reasonably fun to drive thanks to a composed suspension and precise steering. Understeer prevails and body roll is still pronounced though, so you won’t be doing any hill climbs in this car.

Outright performance isn’t really this car's forte, but pleasurable all-day motoring is. The classic Beetle vibe is very evident in the interior, in which designers took pains to pay homage to the original. Color-keyed aluminum trim adorns the dashboard, echoing the bare metal of decades ago. There are two over/under glove compartments, and that iconic flower holder, of course.

Rear passengers get pull straps to ease ingress and egress. The steering wheel is a modern three-spoke design with a thick rim, polished alloy accents, and all the usual buttons for the stereo and on-board computer. Nobody in his right mind would have wished for the original, thin-rimmed two-spoke anyway.

For the exterior, the bubbly design theme with the round fenders and big windows evokes smiles and nostalgia among fellow motorists. Modern aspects like aero side mirrors and frameless door windows are a nice, functional touch. The vestigial running boards actually make stepping out a little harder, but they just look right. There’s a little ducktail spoiler, too, although I would have preferred to keep the tail end clean.

The test unit also came with racy black stripes and a black roof. My wife, who clearly enjoyed the car more than I did as it was more attuned to her tastes, felt the color combo was out of tune with what a Beetle should be. She much preferred yellow.

The overall simplicity of the cockpit belies a classic elegance, with fit and finish befitting a neo-luxury car. The trunk is big enough for a few soft bags, so travel light for road trips.

With modern tech like six airbags, stability control, hill-hold assist, a nice stereo, and a fun yet fashionable aura about it, the Beetle is once again accessible to a generation that only experienced it during childhood--albeit at a premium. It’s not a people’s car anymore, but the experience is well worth it for those looking for a two-door styling statement they can enjoy every day. 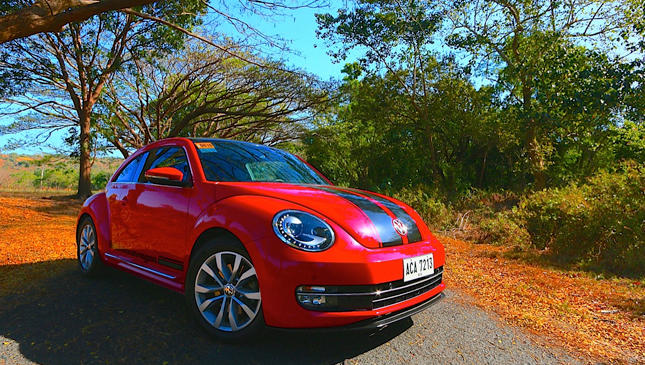 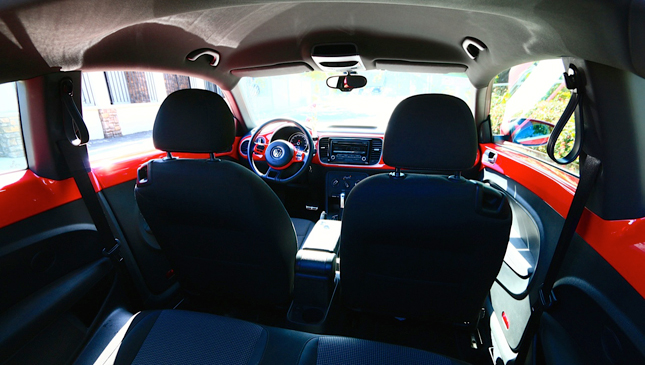 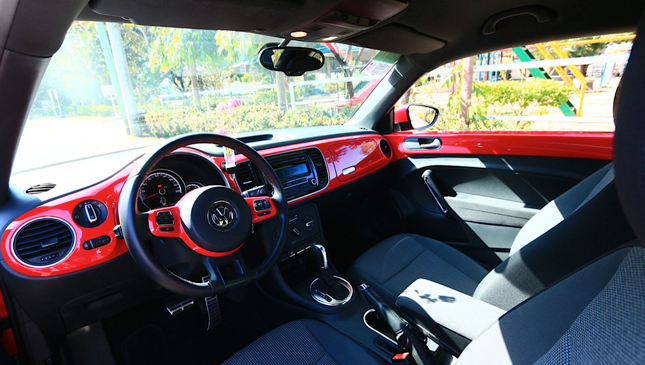 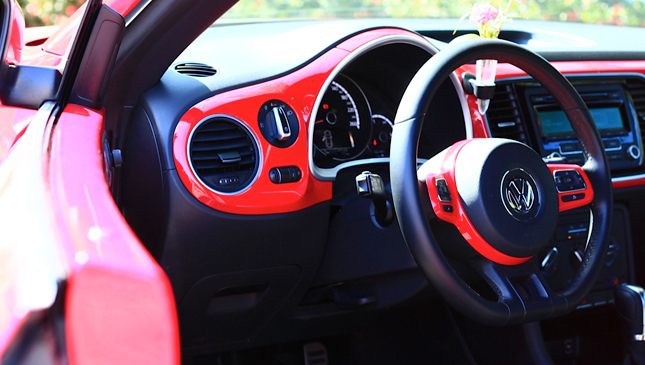 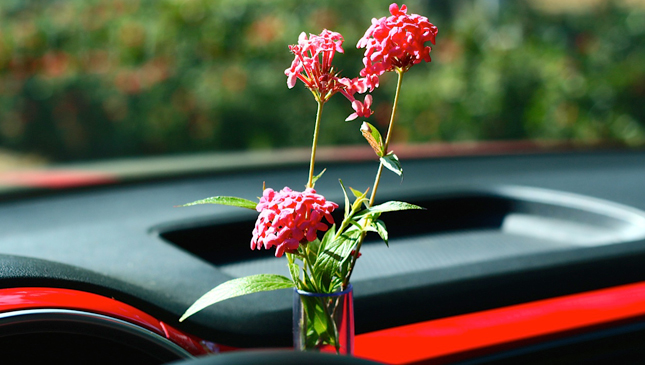 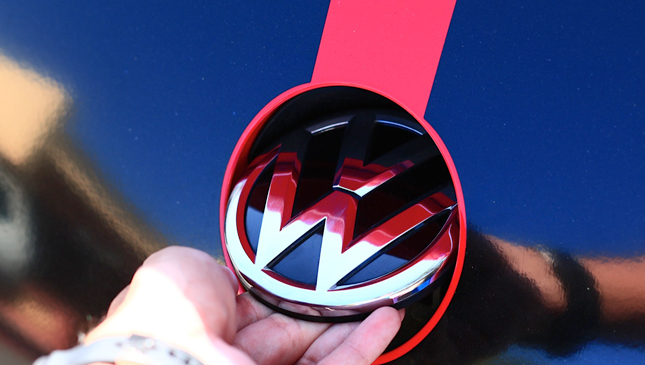 Subaru gives WRX the works
View other articles about:
Read the Story →
This article originally appeared on Topgear.com. Minor edits have been made by the TopGear.com.ph editors.
Share:
Retake this Poll
Quiz Results
Share:
Take this Quiz Again
TGP Rating:
/20