Honda HR-V is right-sized, not downsized

Return of the underappreciated model
by Andy Leuterio | Dec 15, 2015
CAR BRANDS IN THIS ARTICLE 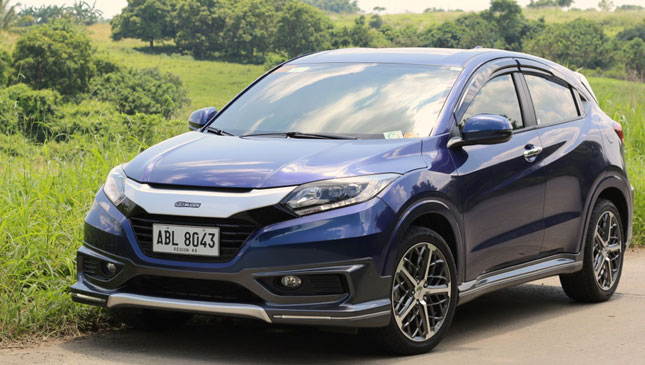 Remember the first-gen Honda HR-V? Around three presidents ago, Honda was only beginning to realize how big the cute ‘ute market would become. The CR-V was already making waves for its balance of space, refinement and utility, so the house of Soichiro decided to see if an even smaller version would sell. Didn’t happen.

The car--er, crossover (did they even have that term back then?)--was too small and pricey to be of much use to anyone but upper-middle-class folks. Around P700,000 in late-’90s pesos was a tidy bit of money for not much 'ute.

Today, there are more SUVs of nearly every size and variation than there are passenger cars. Each of the big brands has at least two SUV models to choose from, and with the CR-V having reached the point where it’s approaching midsize-SUV prices, it's time for Honda to try again with the HR-V nameplate.

The new crossover is a much more likable car than the first one ever was--reasonably sporty to look at, gratifyingly refined, and just as roomy as the Jazz on which it’s based. With just 185mm of ground clearance, you’ll want to think twice about bringing this up a curb lest you scrape a rocker panel, much less ford through a flood (pardon the pun, I just couldn’t help it).

No, sir, the HR-V is about the 95% of driving that most crossover owners will buy it for, and it does that very well. Daily commutes, hauling the kids and their pals, grocery runs, occasional weekend road trips--the car does nearly everything that the CR-V does but cloaks it in sportier clothes. If the left side of your brain tells you to go for the utter logic of a CR-V, but you cringe at the thought of looking so geeky in one, you will like the HR-V.

I particularly like the raffish sweep of the roofline, and the pronounced character line that starts from the base of the headlamps and goes all the way along the flanks and to the rump. Even without the Mugen kit of this test unit and its ridiculously complex wheel design (good luck cleaning those alloys), this Honda can actually be described as marginally sexy without evoking guffaws and smirks from jaded buyers. For new dads out there, you can drive this one without feeling like you lost your balls the moment the first baby popped out.

If you like how Hondas drive, then the HR-V is more of the same predictable goodness. The 1.8-liter SOHC i-VTEC is not particularly bereft of power with just 139hp to pull the car’s 1,269kg weight around, but you won’t really notice it unless you can find enough clear road to consistently break highway speed limits. Crunch the numbers and you’ll find that it has a better power-to-weight ratio than its big brother CR-V with the 2.0-liter, but not against the 2.5-liter variant. Try not to provoke a 2.5 going up Baguio and you’ll be fine.

The CVT is standard equipment for all variants. While it’s fine for most situations, burying the accelerator for urgent acceleration produces that familiar, oozing sensation of high revs matched with only gradual acceleration even with the Econ mode deactivated. The drivetrain will get you from point A to point B in a brisk manner, but it’ll be awhile before any Honda in the Philippine lineup can honestly be described as truly sporty.

The suspension architecture is typical for the small-crossover segment: front struts and a space-saving rear axle. It’s softly sprung with good rebound control for all-day comfort, but attacking a long ascent or descent won’t come to mind. Protective understeer comes to the fore if you push too hard, although the tail will gently rotate if you dab the brakes mid-curve. It’s fun if you know what you’re doing, and the stability control will save your butt if you get in over your head.

Of course, how many crossovers are ever driven to the absolute limit? Were I shopping for a crossover at a Honda dealership, I’d go straight to the HR-V no matter how highly I regard the bigger CR-V. For all intents and purposes, it’s a bigger, more stylish version of the bookish Jazz, which does great as a tidy little hauler but has all the fashion sense of the stereotypical librarian. The HR-V, on the other hand, is a bunch of angles and curves thrown together to disguise the fact that underneath it all is a very practical box.

The cockpit has a clean, mildly futuristic layout, with a sweeping dashboard that goes very well with the touchscreen panels of the stereo/navigation and climate control (on E and EL variants only, though). Plop yourself into the driver seat and there’s that nice jet-fighter ambience with the big view out, the cozy seating position with near-perfect cushioning and support, and even the high deck that rises up so you can rest your forearm on it and pretend the shifter is a throttle.

There’s a little shelf under the ledge formed where the console meets the center stack that’s big enough for a wallet or a mobile phone. The leather-wrapped steering wheel is a pleasure to hold with its thick rim, integrated controls, and wire mesh bottom spoke.

A little bit of Japanese whimsy is evident in the illuminated bezels for the front door-mounted speakers, and the seven (yes, seven!) color choices for the floating illumination ring around the eco-coaching ambient meter around the speedometer.

Big style points go to the hidden rear-door latch integrated with the C-pillars, and the front passenger-side row of A/C vents, each of which can be individually aimed. Just like on the Jazz, the rear seats can fold and drop every which way to accommodate long and/or tall cargo. Despite the sweeping roofline, it’s still possible to haul bikes inside if you remove the front wheels, which should be good news for style-conscious athletes.

If you’re planning to ride in the back, however, you may want to opt for the bigger CR-V or even the cheaper Mobilio. The rear seatback is adjustable for rake, but rather too thickly padded to be all-day comfortable. The outboard headrests are also those thick, blocky types that are hard to fall asleep with. I’m sure they’re great for whiplash, but look elsewhere if you’re planning on being chauffeur-driven most of the time. The HR-V is most enjoyed from the front seats.

With a starting price of "just" P1,190,000, the HR-V is an enticing choice for crossover buyers looking for a stylish yet functional daily driver. The base variant already comes with all-disc brakes, electronic parking brake, 17-inch wheels, 55-series tires, ULT seats, ABS, stability control, power everything except for the seats, and that smart key with engine start/stop.

Going up the HR-V food chain adds the touchscreen panels for the stereo/navi and climate control, leather-wrapped shifter and steering wheel, extra USB slots and charger sockets, smartphone mirroring via HDMI, reverse camera and sensors, and other nice touches.

The HR-V looks very nice, drives well enough, and is put together with that endearing premium Honda fit and finish that are still the benchmark for the class. If you like the functionality of the Jazz and are willing to pay more for style--or wouldn’t mind trading a little room from the CR-V--the HR-V awaits you. 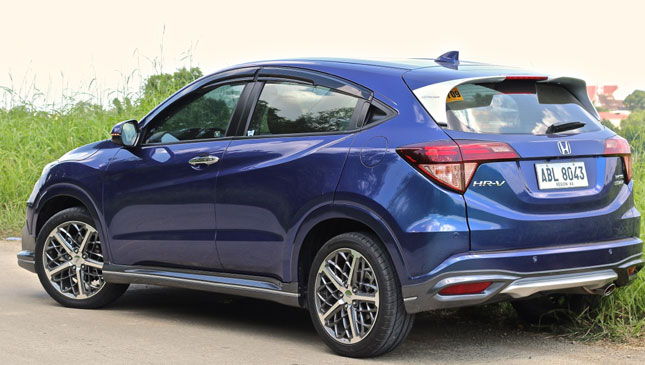 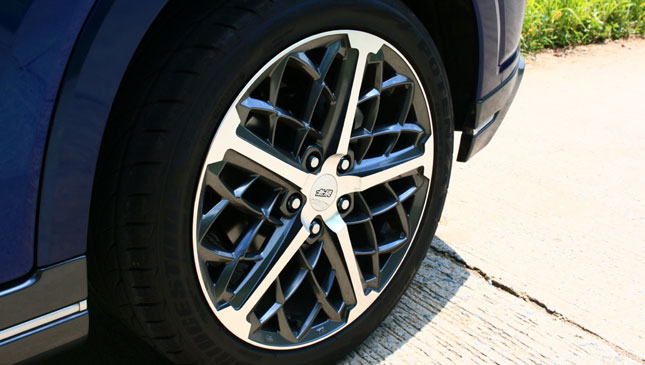 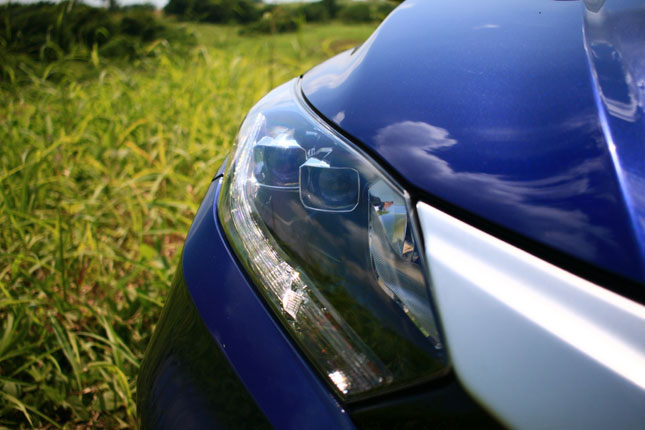 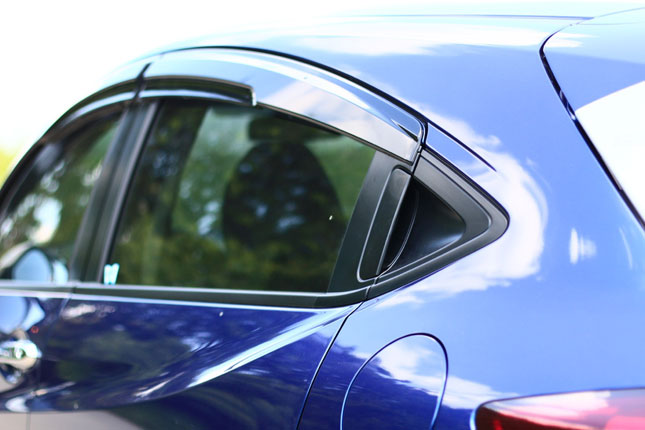 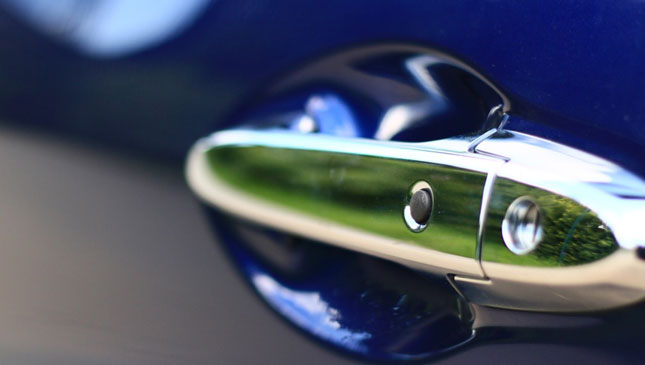 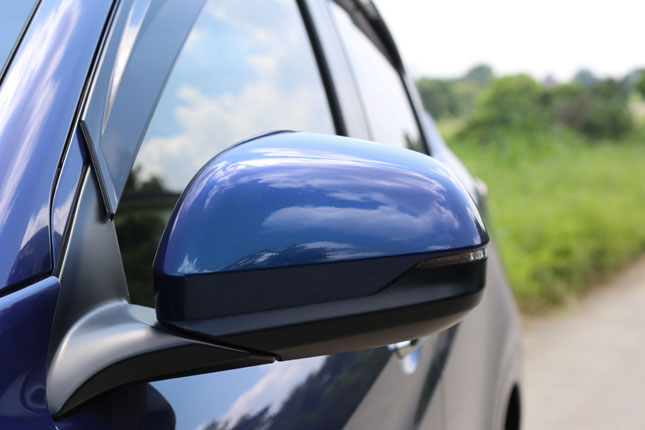 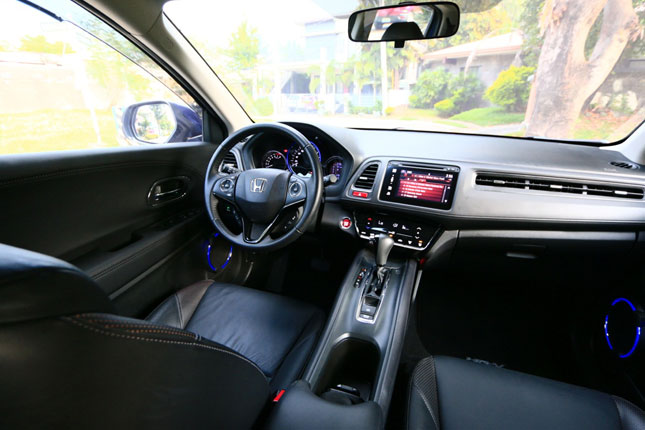 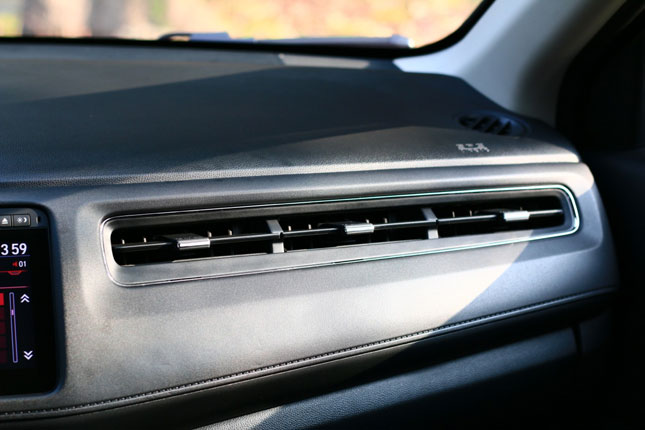 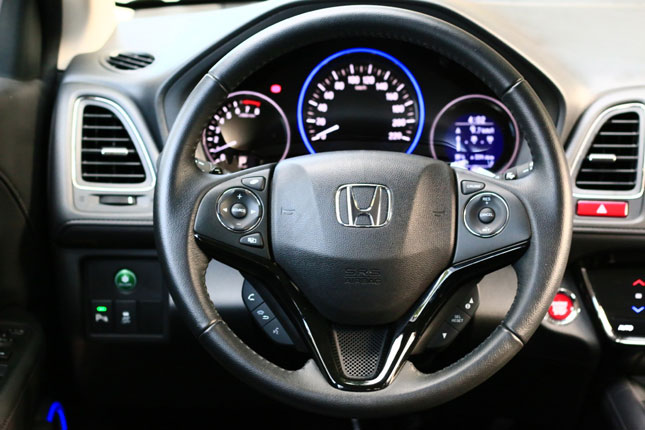 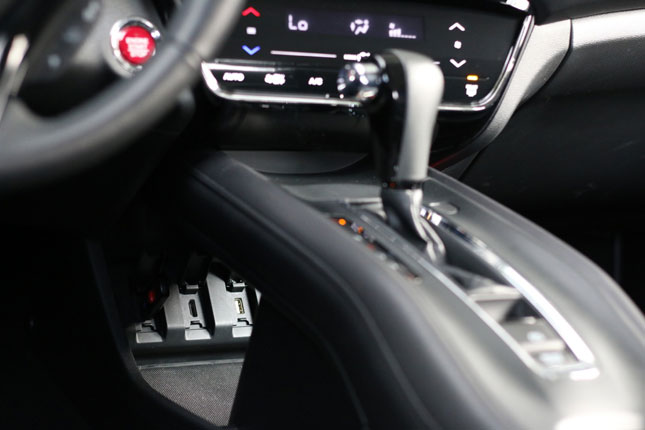 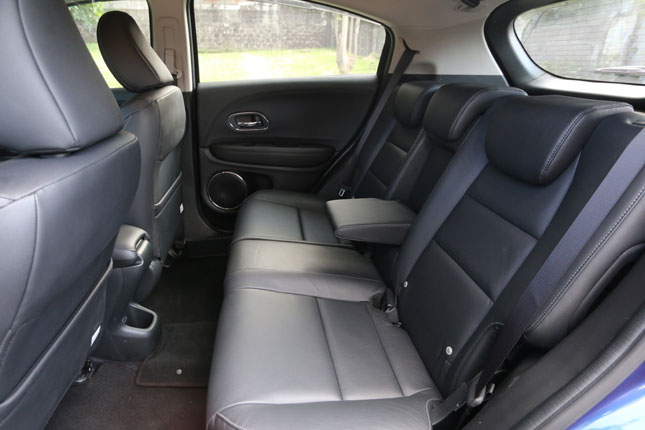 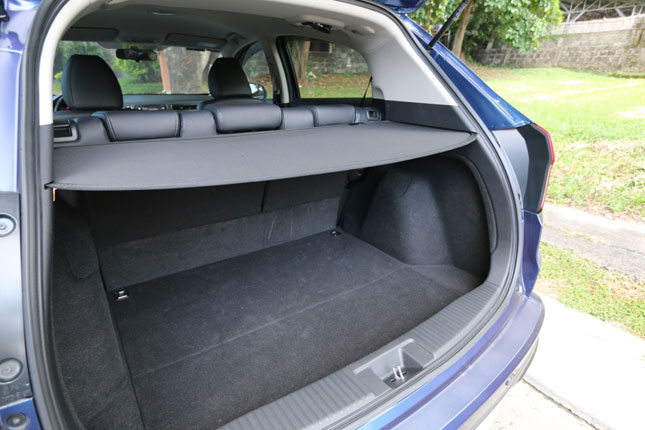 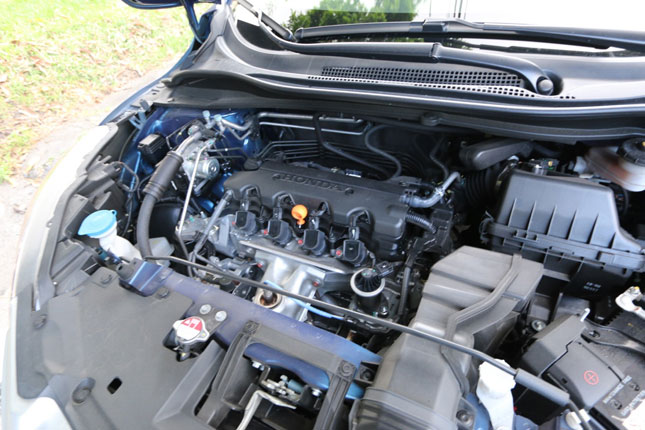 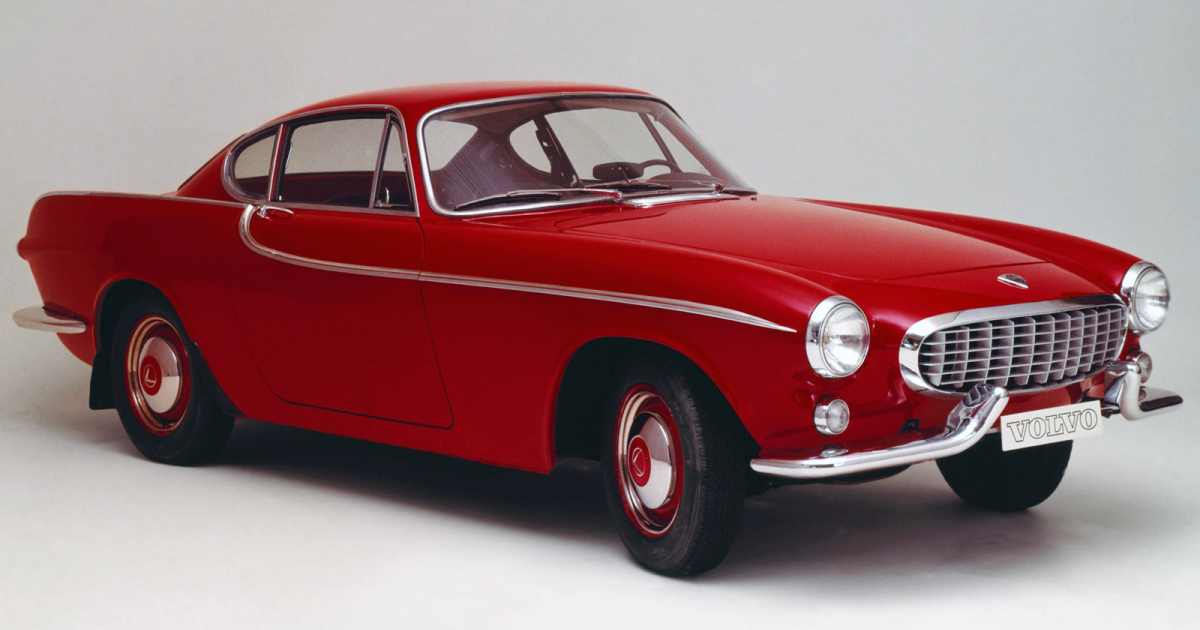 We list down the 8 coolest Volvo cars of all time
View other articles about:
Read the Story →
This article originally appeared on Topgear.com. Minor edits have been made by the TopGear.com.ph editors.
Share:
Retake this Poll
Quiz Results
Share:
Take this Quiz Again
TGP Rating:
/20