Kia Sportage grows on me

After a year with the compact crossover
by Andy Leuterio | Apr 19, 2013
CAR MODELS IN THIS ARTICLE 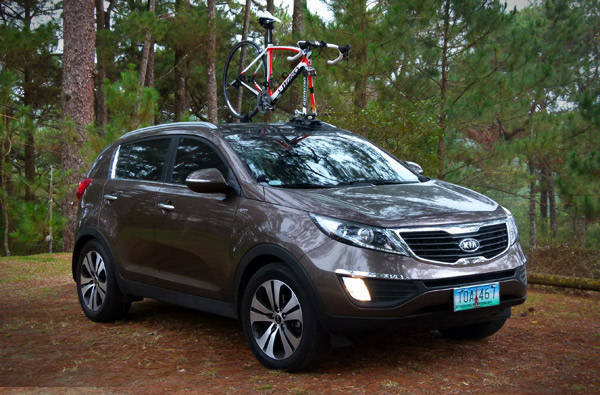 There's nothing like a near accident to endear a car to its driver. In this case, I was driving my family home from Batangas and had decided to go down the Amadeo route to get to Alabang instead of the congested Santa Rosa road. Everything was absolutely fine and quiet in the car: Our toddler was sound asleep; my wife and I were chatting; and we'd just gotten the green light to cross Molino and enter Daang Hari. It was around 6:30pm, and as I gave it a little gas for some added momentum up a little hill, a "black pickup truck" (no headlamps) suddenly poked its nose out of an island break and blocked our (left) lane.

I think I yelled some expletives as I simultaneously jerked the wheel to the right while braking hard before straightening out the wheel as we changed lanes in a half-second or two. It got so close that I actually made eye contact with the other guy, and then I wondered what kind of truck had horns and four legs.

And that is how our SUV, a 2012 Kia Sportage, successfully passed its first year with us. If Europe has the "moose test," I have unintentionally subjected our SUV to the "carabao test." The CUV passed with flying colors, so much so that after wifey had gotten over the initial shock ("Ano ba?!"), we could only laugh at our luck. I pray no one else behind us rammed into the beast.

When my wife was looking for a replacement for her trusty Mazda 3 (it's still running great, by the way), her natural inclination was for a CUV. All my lobbying for a burly pickup truck was for naught, as she needed something big enough to let her stand her ground in vicious urban traffic, but small enough to be easy to drive day in and day out.

After taking out all the truck-based SUVs from the list, we narrowed down the list to just a few. The Hyundai Tucson was a good choice, but we already had an Elantra and wanted to try another brand for a change. The Mitsubishi ASX drove great and looked nice, but was too small for our needs. The Nissan X-Trail was very competent, but she didn't like the boxy styling. Honda had yet to release the 2013 CR-V at the time, and my wife's parents already had two older models.

Finally, she set her eyes on the Sportage and liked what she saw: a CUV with muscles in all the right places and a confident leer that gave it some attitude. After trying out the 2.0- and 2.4-liter models, in both 4x2 and 4x4 versions, she decided to go all-in for the 2.4 DLX. Being the pragmatist, I told her the 2.4 would be a bit of a guzzler in traffic, the leather would be steaming hot in the summer, and the all-wheel-drive tech would hardly be ever used.

Being the good wife, she listened to none of my advice and went ahead. About 12 months to the day we drove the Sportage home, we're both quite happy. As our first try at a Kia, the car has been as reliable as any Toyota, Mitsubishi, Mazda or Honda we've owned. More important, it comes loaded with features we've really come to appreciate over 12 months of daily commutes and occasional out-of-town trips.

My favorite  features include:

* Dual-zone climate: Who needs two settings for any small car, right? You'd be surprised. I like my A/C freezing cold; she likes hers at around 22 degrees. This keeps the peace. Of course, this summer, it's just set to Low.

* 2.4-liter engine: Yes, it won't win fuel-eco contests, and the best we've ever coaxed out of it is 11km/L on the NLEX at night, but it makes enough power to make for stress-free overtaking even on steep gradients. Seems to run best on Shell V-Power Nitro, too, with very quiet operation and smoother revving.

* Six-speed automatic transmission: Only the 2.0 model can be had with a manual, but I don't really care for one in a family-oriented SUV anyway. The Sportage's slushbox is very quick and smooth on the draw when used in manual mode, and has no qualms about downshifting to the lowest gear possible--even to first, as long as it won't blow the engine.

* Panoramic moonroof: With the leather upholstery and gray/black cockpit, it gets pretty dark in the Kia. Opening the moonroof lets some light in to brighten up the cabin. At night, our son insists on seeing the stars from his car seat. Parents understand this truism: Happy kid equals peaceful cabin.

* Plenty of dashboard space: The tray in front of the shifter has plenty of space for wallets, coins and phones, and the transmission tunnel is wide enough to hold my wife's bag without spilling into my passenger seat. As any married man knows, nobody touches the wife's bag but herself. Even the glove compartment is big enough to store an iPad, and the console box holds small bottles, too.

* Rear-view mirror with integrated backing-up camera: This really spoils me, so much so that when I get back to my own car, I forget that it doesn't have the same when I have to reverse-park.

* Confident handling: The Sportage suspension is on the side of "stiff," especially if you're coming from the all-day cushiness of a CR-V, and the ride is borderline trucky thanks to the big Kumhos. But it's predictable and sharp on the limit. The steering doesn't have any dead spots and is responsive off center, so much so that we got through that "carabao test" without a scratch.

Admittedly, there are some features that seem a bit superfluous to me and may complicate maintenance over the next few years. We'll just have to see. The push-button engine start/stop with smart key is a convenient feature that mainly saves you the trouble of fishing for your key in your pocket, as well as eliminating the problem of accidentally locking yourself out of the car.

The all-wheel drive system is not something that makes me look for new trails to explore, mainly because my wife won't let me take it off the road! Having the AWD system, on the other hand, does add a little more confidence driving in poor weather conditions and on slippery (but not overly technical) surfaces.

The seats may look handsome and Euro-esque with their black leather upholstery, but the cushioning is on the stiff side, and the front seats need a little more thigh length to be truly all-day comfortable. Finally, for something with many bells and whistles, I can't figure out why Kia didn't include a rheostat for the instrument panel lighting.

Otherwise, we have few regrets with the Sportage and can honestly say that the first 10,000km has been a lot of fun. Now that I think about it, our son's nap didn't even get interrupted after that hair-raising "carabao test."

PS: Let me also commend Kia Sucat for its high quality of service. The showroom is relatively tiny and nondescript, but conceals a bright and clean service area. At around 6,000km, the Sportage was rear-ended by a Toyota Vios lady driver who was too busy texting to pay attention to the road. The Sportage won, suffering a cracked rear bumper and dented hatch compared to the Vios's crumpled bumper and hood, and cracked radiator. Kia Sucat fixed up the Sportage with a new bumper and rear sensors and camera within two weeks, the only delay having to do with waiting for a new hatch to be shipped from South Korea. 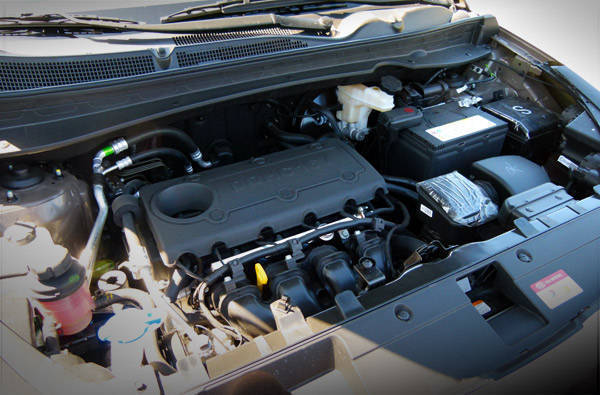 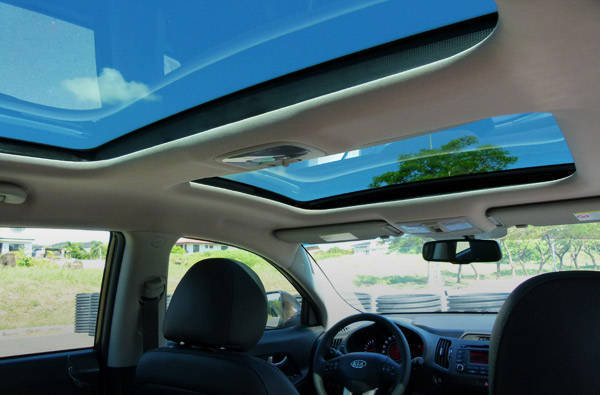 A Top Gear PH reader asks: Which fuel-efficient car should I buy?
View other articles about:
Read the Story →
This article originally appeared on Topgear.com. Minor edits have been made by the TopGear.com.ph editors.
Share:
Retake this Poll
Quiz Results
Share:
Take this Quiz Again
TGP Rating:
/20