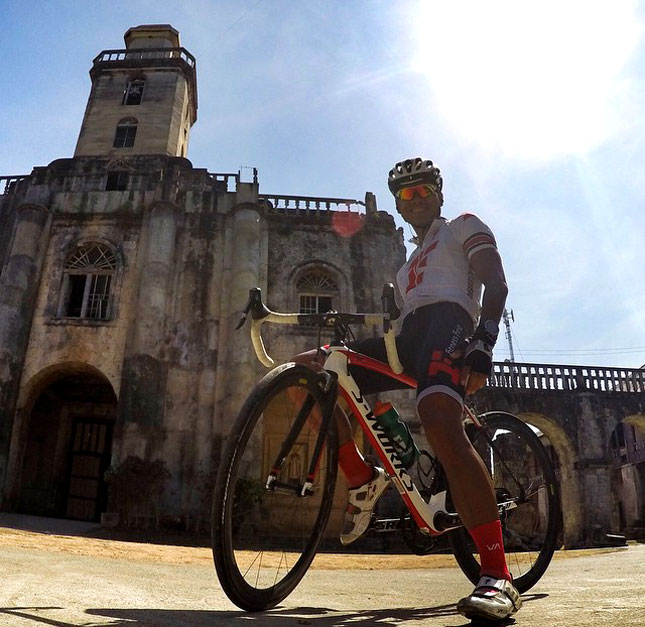 It was the early days of summer, and I had set out for a four-hour 100km training ride. My route took me through some small towns going up to Tagaytay, and just as I was getting into a good rhythm, a jeepney cut me off and made a full stop. I nearly plowed into the back, and to express my displeasure at his asswipery, I slapped the driver side of the jeep so hard it sounded like a gunshot.

Did I mention I was riding solo?

I must have hurt the driver's pride, or maybe he was on drugs, but 500m down the road, all hell broke loose. He was gunning the engine, honking his horn, and clearly aiming for my six.

At the last moment, he came alongside and bumped into my hip, pushing me into the grassy shoulder. Fortunately, I kept my balance, stayed upright, and got back on the road.

I saw red. Did this driver just try to kill me?

I kicked the bike into a big gear and sprinted for the jeep, yelling: "P******** mo a! Papatayin kita ngayon!" I must have been quite a sight, yelling invectives while dressed in colorful lycra, spinning like mad.

So there I was, chasing a jeep and gaining ground every time he had to let off passengers, then losing him again every time he accelerated. The passengers probably didn't know whether to laugh or be afraid of this raging cyclist.

I had never climbed that road so fast in my life, but I eventually had to catch my breath and let the jeep get away. Then, of course, as I regained my sanity, I began to ask several important things.

What would I do if I reached the end of the road and his posse was waiting for me?

I had no weapons to defend myself with other than a tiny plastic hand pump and a multi-tool. I didn't even have the option of bashing him with my helmet, because it was too light to be useful in a fight. And whoever thought of pulling Jet Li moves while wearing cleats, yah?

But being a prideful cyclist, I soldiered on, warily keeping an eye out for every oncoming jeep. When I told my dear wife what had happened when I got home, she thought it was so funny she locked up my bike for a week.

As encounters go, mine would still be considered benign. I have friends who have had guns drawn on them, fisticuffs erupting by the side of the road, and more middle-finger greetings than I have cared to count.

In my previous column, I wrote about the common peeves motorists hate about cyclists. Blocking the road. Sudden swerves. Riding through red lights. This time, let me share with you what a typical car driver does that cyclists hate, whether they're just riding to work or trying to get some saddle time.

1. Sudden stops. It's not that we don't want you to stop. We just hate it when you suddenly stop in front of us and not care a bit about who's behind you. Oftentimes it's a choice between ramming your trunk with our face, or swerving out of the lane and praying we don't get crushed by fast-moving traffic.

2. Sudden turns. Particularly right turns. We're 10ft from a corner and a car suddenly decides to turn in. If we're lucky, we can screech to a stop. If we're unlucky, we fly over your fender.

3. Close passes. "This is Maverick requesting permission for fly-by." Um, negative. You may think it's amusing to come within a hair's breadth of me, but this can kill. Come within a few inches of a cyclist and he will flinch the opposite way, possibly into the gutter. Not funny.

4. Getting doored. Most experienced cyclists give parked cars about 3ft of leeway when passing in case a door suddenly opens. In tight streets, though, it'll be tough to even have a foot of clearance. Then somebody suddenly opens the door without checking the blind spots first. Any cyclist would get pissed at you--unless you're both cute and single.

5. Blocking on descents. Unless we're talking a straight shot downhill, an experienced cyclist really can go down much faster than a car. You have no idea how thrilling it is to sail down roads like Sierra Madre or Talisay at 70-80kph with no more protection than clothes that are basically colorful underwear. Tour riders have been clocked at 100+kph!

Smart cyclists know not to waste energy with constant braking, so we go for the fastest, smoothest line down a set of switchbacks. Minimal braking also preserves the brake pads and rim, which can quickly overheat with prolonged braking. So we appreciate it when a lumbering SUV gives us room to safely pass without having to cross the center line. We hate it when it purposely blocks our descent because the driver's ego can't take getting passed by a puny cyclist.

6. Playing "chicken." I have never met anybody who liked a counterflower, whether on a bike or in a car. Motorists who overtake in the opposite lane and play "chicken" with oncoming cyclists are just plain douchebags. I just give a friendly middle finger wave and ride on.

"Share the road" means exactly what it says. Neither motorists nor cyclists have exclusivity over the road unless it's an expressway. The next time you see a cyclist, try to give him a little more space to move and stop in time. We really appreciate it. 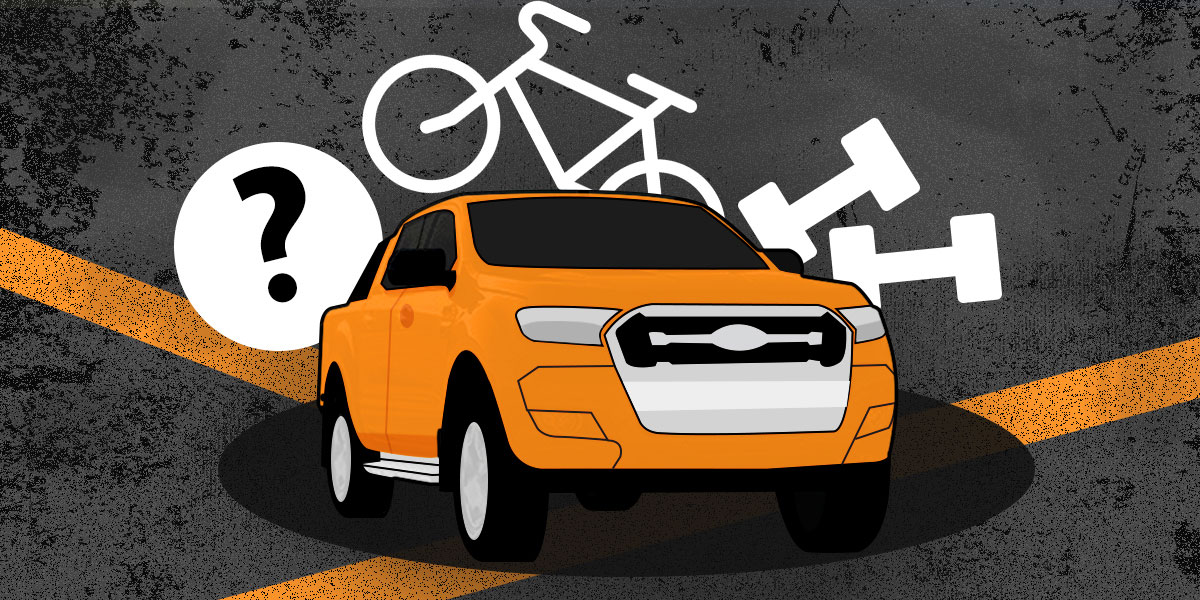 Which Ford Ranger should I get: the 3.2 4x4 Wildtrak or the 2.2 4x4?
View other articles about:
Read the Story →
This article originally appeared on Topgear.com. Minor edits have been made by the TopGear.com.ph editors.
Share:
Retake this Poll
Quiz Results
Share:
Take this Quiz Again
TGP Rating:
/20