Get more utility out of it
by Andy Leuterio | Feb 9, 2014
CAR BRANDS IN THIS ARTICLE 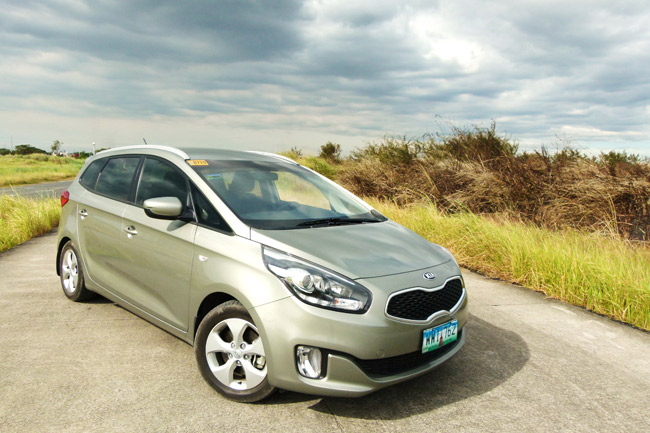 One of the best cars we ever had in the family was the Mitsubishi Space Wagon. Remember that car? There are still a few old ones rolling around today, but for the younger generation, it was the MPV of the '90s. Five doors, capacity for seven, and flexible seating. It was marketed as a "Mom Mobile," and if anything, it was ahead of its time. Dad bought it as a gift for mom, and that Space Wagon took us everywhere without ever skipping a beat. I still regret trading it in years later after Dad had passed on.

The Space Wagon had the comfort and cachet of a passenger car, trading the overall volume of an AUV for more style and refinement. Unfortunately, it also came at a time when an onslaught of cute utes arrived, ranging from the Honda CR-V and the Toyota RAV4, to the Suzuki Vitara and the Kia Sportage. The Space Wagon then evolved into the much larger Grandis, but also hit a higher price point. The Grandis was a good minivan but was too expensive, and its 2.4-liter engine was too thirsty to compete with the likes of the Toyota Innova. After Mitsubishi had sold the last Grandis, it dropped it from the lineup and concentrated on its Strada/Montero Sport line.

But because nature abhors a vacuum, Kia stepped in with the Carens, which was much like the original formula for the Space Wagon: five doors, seven-passenger seating, and a decent level of kit. Trump card: a CRDi engine, giving it plenty of grunt while being friendly at the pump. The first generation was a very good car that perhaps only lacked a little bit of pizzazz (as well as ABS), so this second generation is a welcome evolution. It's still the same basic formula, albeit spruced up with an improved drivetrain, better standard equipment, and styling that carries the familial look of recent Kias.

And it's a looker. Sporting a sleek roofline, crisp character lines, scalloped door panels, and a mildly aggressive front fascia highlighted by extra-large vertical fog lamps, it looks confident and futuristic, like something from a Paul Verhoeven movie.

The standard engine is a 1.7-liter CRDi rated at 134hp and 320Nm. Mated to a six-speed automatic, the Carens has a lot of grunt for an erstwhile "mom mobile." Coupled with a suspension that's tuned just right for our harsh roads, and strong brakes that could honestly use a tad less bite on the first inch or two of travel, this is an ideal stealth mobile for anyone who'd like to have some driving fun when he's not schlepping the family around or going to the grocery. Gentlemen, if the wife steers you to the Carens on the showroom floor even though you've got your heart set on a Sportage, don't fret. You'll get more utility out of this one. Actually, if your wife has her heart set on a Sportage, get her to try out this one instead. Unless you really need the taller ride height and optional AWD of an SUV, this is a much more sensible car.

I used the Carens as a support and gear wagon for a long bike ride, and found that there was more than enough space in the back for a medium-size cooler, several gym bags, and a pair of wheel bags. Of course, that was with the third-row seat folded down. Put it up and there's just enough room for several grocery bags but nothing more. The third-row seat has no packaging miracles. You practically sit on the floor with your knees up and legs splayed, and you don't want to stay there for more than a few minutes if you can help it.

Mercifully, the second-row seat can be adjusted fore and aft, so there's some leeway for the legroom. If you've ever thought about folding down the second-row seatback and lying back like a boss all the way back in the third row, it's not as comfortable as you'd think. You practically sit beside the rear suspension, so it gets nauseous really quick back there. As an emergency seat, the third row is bearable--nothing more. Do sit in the second row, however, and it's easy to get comfy. The seat bottom has thick cushioning, the seatback reclines, and you get your own set of A/C vents at the back of the central tunnel. It's not a bad place to be in if you employ a family driver.

Like all recent Kias, however, the driving position is excellent. The low cowl of the dash coupled with the low window beltline gives good sightlines all around, and there's art in the way all the instruments have been laid out. Even rendered in serious gray-and-black with red lighting, the Carens feels quite European in the sense that everything feels tightly screwed together and logically laid out. The center stack, for example, has big knobs and buttons for the stereo and dual zone A/C. It even has two slots flanking the hazard lights button to slip your toll or parking cards in.  The steering wheel is nicely done with a thick rim, thick spokes, and a hub that draws parallels with vintage Audi. The instruments themselves are elegant white-on-black.

At P1.245 million for an LX with the automatic, the standard goodies include projector-type headlamps with LED daytime running lights and automatic leveling, cornering lamps, ABS, driver-side airbag, six-speaker stereo, and 55-series, 16-inch wheels. If you don't mind rowing, the base LX is P1.155 million with a six-speed manual transmission, but loses the fog lamps, the mudguards, and some other minor features. The engine is also tuned a little differently for the stick shift, and thus makes a little more torque at 330Nm.

Splurge for the P1.495 million EX and you get leather, a panoramic sunroof, park assist, dual-zone auto climate control, dual airbags, power-adjustable driver seat, cooled glovebox, and racier 45-series, 17-inch wheels. That's about the same spec as on a Sportage 2.4 DLX, albeit minus its AWD and taller ride height but adding more space for around P200,000 less.

If you're missing the days when a Carens could be had for less than a million, take heart that this latest model has more features and feels more solid and capable than ever. It doesn't have the outright size of the current queen of MPVs (Innova), but it makes up for it in style. Among all the "mom mobile" options out there, it has a lot of class and performance that belie its good-girl looks. 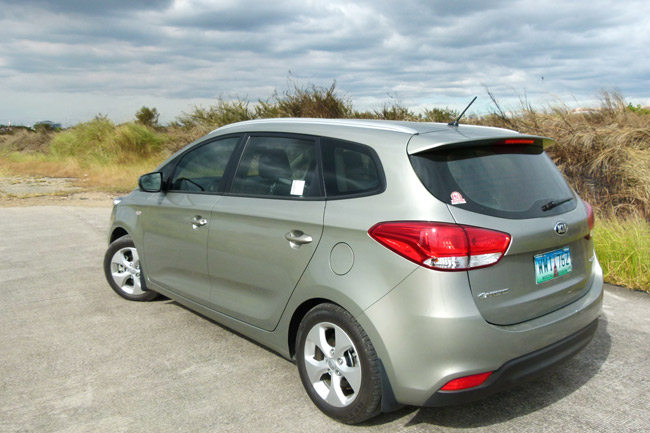 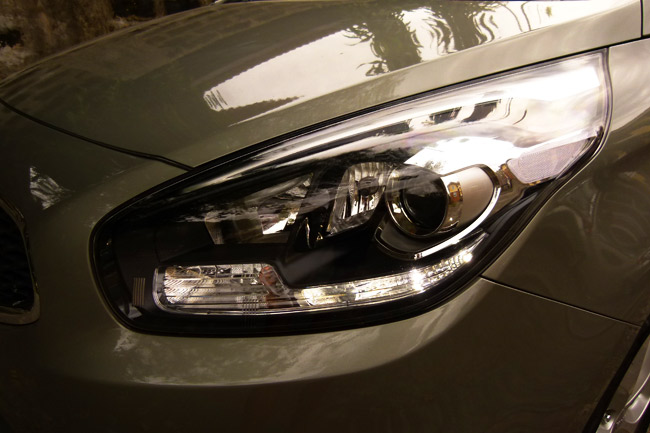 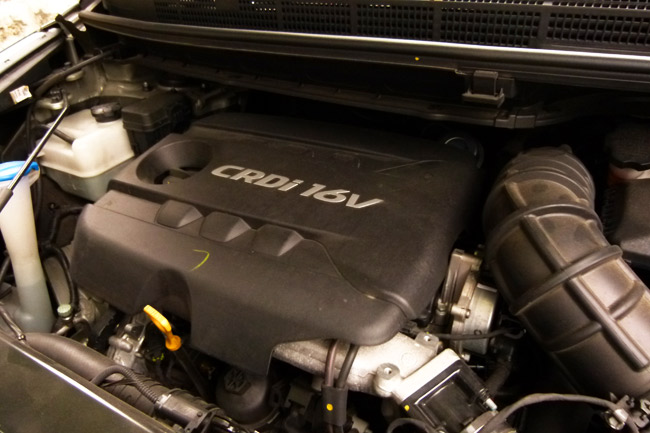 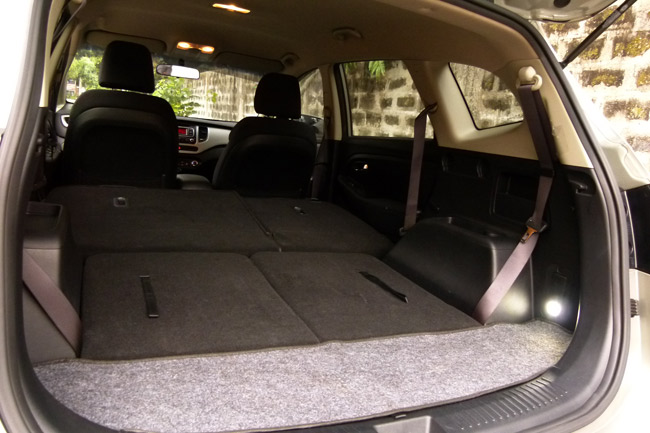 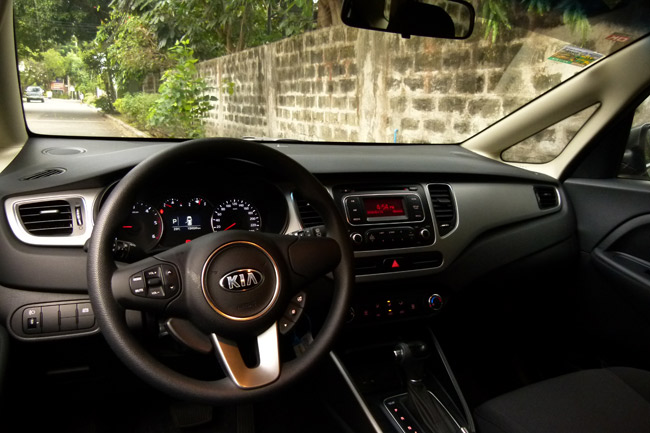 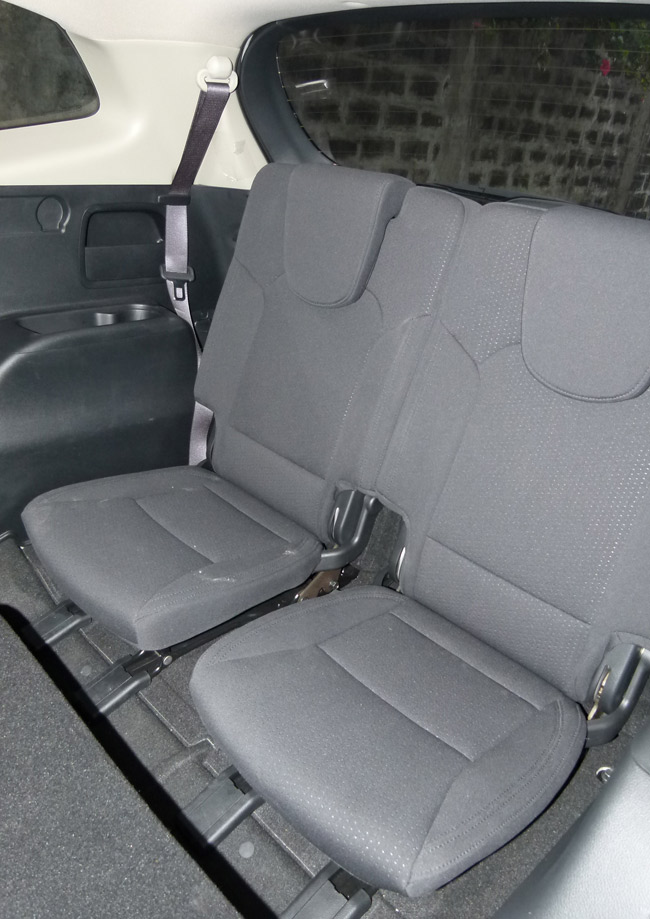 What should go into your car photography kit? (Part 1)
View other articles about:
Recommended Videos
Read the Story →
This article originally appeared on Topgear.com. Minor edits have been made by the TopGear.com.ph editors.
Share:
Retake this Poll
Quiz Results
Share:
Take this Quiz Again
TGP Rating:
/20