Zen and a hybrid Lexus

When luxury and elegance come together
by Andy Leuterio | Jan 28, 2013
CAR BRANDS IN THIS ARTICLE 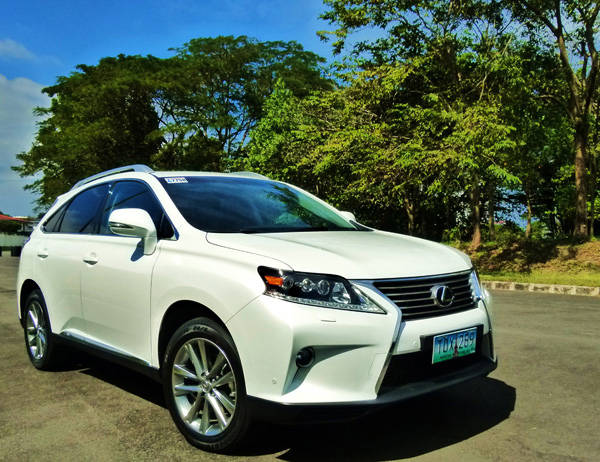 There's "luxury" and then there's "elegance." A luxury car can affirm your status in life and pamper with all sorts of features, but it won't necessarily be "elegant." Over a weekend driving the Lexus RX450h, I kept thinking of this old story and the most well-known practitioner of the revered Japanese tea ceremony, Sen no Rikyu.

Here is an excerpt from Robert Greene's The 48 Laws Of Power:

Emperor Hideyoshi once planned to visit Rikyu for a tea ceremony. On the night before he was to come, snow began to fall. Thinking quickly, Rikyu laid cushions that fixed exactly on each of the stepping stones that led through the garden to his house. Just before dawn, he rose, saw that it had stopped snowing, and carefully removed the cushions. When Hideyoshi arrived, he marveled at the simple beauty of the sight--the perfectly round stepping stones, unencumbered by snow--and noticed how it called no attention to the manner in which Rikyu had accomplished it, but only to the polite gesture itself.

The RX is Lexus's best-selling model, and the hybrid may well be the best representation of everything that makes Lexus the automotive definition of what that other great philosopher, Master Shifu, espouses: "inner peace."

Not because it is a paragon of style. In fact, were it not for that LFA-ish front fascia, this crossover would practically breeze past jaded car geeks. Nor because its cup overfloweth with torque, although it has a lot of that. Just that, as luxury SUVs go, the RX450h does its job so silently and so elegantly that you never really notice it until you go back to your "normal" car. A full breakdown of the car's virtues is better left to a proper Drives review, but I made a list of some of the things it does that just happen so naturally I had to really, consciously look for them.

1. A hybrid drivetrain that works invisibly. The 3.5-liter Atkinson-cycle gasoline engine is paired with three electric motors: one in the transmission acting as a starter, another one helping to drive the front wheels, and a third one driving the rear wheels (there is no driveshaft). Apart from a small display on the instrument panel illustrating which systems are driving the wheels, it's impossible to tell when the V6 shuts down and when the electric motors kick in. Press the start/stop button and the engine won't fire up; you'll only see a small green "Ready" light on the IP. It's good to go but first starts off on battery power, perfect for smooth and silent rollouts.

2. Subliminal messaging. All the hybrid technology in the world won't work if the driver has a lead foot. Instead of a tachometer, the RX450h has a gauge with sections marked "Charge," "Eco" and "Power." Knowing each section's implications on fuel consumption and battery charging, I found myself babying the accelerator whenever possible. The IP also has a purplish-blue glow that increases in luminescence as you become more eco-friendly in your driving style--a very subtle reminder of what kind of work the system is doing.

3. Start/stop system and idle time. I think hybrids really save more fuel compared to conventionally powered counterparts in stop-and-go traffic, not as much on the highway. The ability to shut down the engine and still keep moving, relying on battery power, saves more than a few liters if the daily commute involves a lot of rush-hour driving. In this Lexus's case, the battery is big enough that it can power the electric motor for several minutes at a snail's pace. An added benefit that chauffeur-driven owners may appreciate: Drivers can wait on the curb or in the parking lot for several minutes listening to their favorite AM radio station and with the A/C running (!) without having to use the V6 as much. I got 10-11km/L without really trying. It's not going to win any fuel economy contests soon, but I'd wager it's around 4-5km/L better than many other similarly sized SUVs with the same engine displacement.

4. A cabin that really pampers. All the accoutrements of a luxury SUV are there--like the premium nine-speaker sound system (a 15-speaker Mark Levinson is available in the US), and copious amounts of head-, knee- and legroom--but for me, it's the quality of the leather that really stands out. It's soft and fragrant without feeling wrinkly, exactly the kind of material you'd want to sink into at the end of a long day or during a long road trip. As the great warrior Po might say, "I have found inner peace, Master Shifu!"

5. Silky driving dynamics. It's not much for winding roads, but the Lexus positively glides over the tarmac, smoothening out the bumps and shushing out the outside noise like a cloud. I didn't really notice this quality until I got back into several other cars and realized how noisy and coarse they were by comparison.

At a spellbinding P4,878,000--P980,000 more than its non-hybrid version--the RX450h must be in the realm of wishful thinking for most folks but solidly in the crosshairs of the well-to-do. By my estimate and using a market price of P52/liter of unleaded gasoline, it'll take around 94,000km before an owner would "break even" than if he'd just stuck to the regular RX350. Maybe it makes sense, maybe it doesn't. All I can say as luxury SUVs go, few others do it as elegantly as this one. 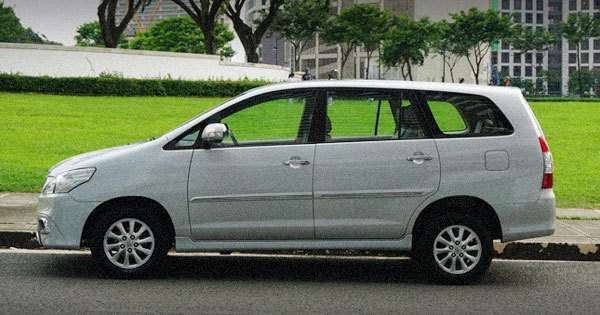 Will lowering springs stiffen the ride of a multipurpose vehicle?
View other articles about:
Read the Story →
This article originally appeared on Topgear.com. Minor edits have been made by the TopGear.com.ph editors.
Share:
Retake this Poll
Quiz Results
Share:
Take this Quiz Again
TGP Rating:
/20