Last week, I got a text from Total Philippines corporate communications manager Iris Reyes, who also happens to be an old friend of mine. Her company was a major sponsor at the recently concluded Hot Import Nights 3 Manila at Metrowalk in Ortigas Center, and would I be interested in dropping by? I immediately said yes. I'd love to go for, er, editorial purposes.

So yesterday, I found myself bombarded with a million decibels of competing sound systems, and surrounded with more eager male "photographers" than a camera convention. Iris met me at the gate and accompanied me inside the venue. The vibe was a little too loud and crowded for me (I don't like conversations conducted through yelling), but maybe I'm just getting old.

But after some time, I got used to the noise and started to enjoy the upbeat motoring atmosphere. First stop of course was the Total Philippines area, easily the most prominent booth inside the tent; it even had its own DJ playing club music. On display at the booth was a macho Chevrolet Camaro from Darfsman Autohaus and a classic Mustang Shelby Cobra.

Of course, there were girls. Men of all ages were snapping away intently at several ladies clad in red and white. I also noticed a video of Total's booth babes being shown on the big screen behind the DJ. I was impressed that the French petroleum company made an effort.

A teaser poster also hinted at an upcoming product in May. I asked Iris about it and she just smiled and said it was a secret. So watch out for something new from Total next month.

In the meantime, here are the notable girls and cars from the event. Enjoy! 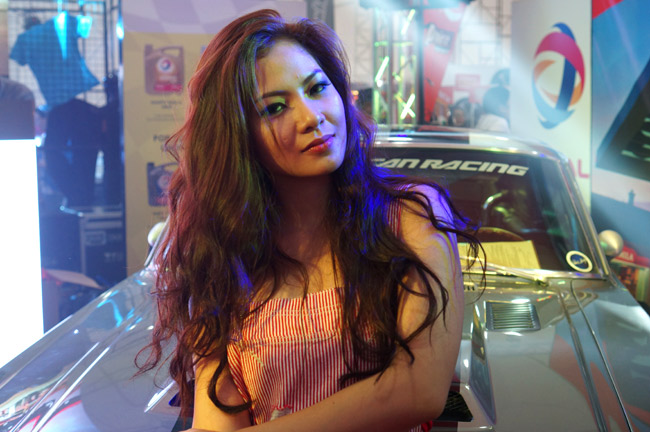 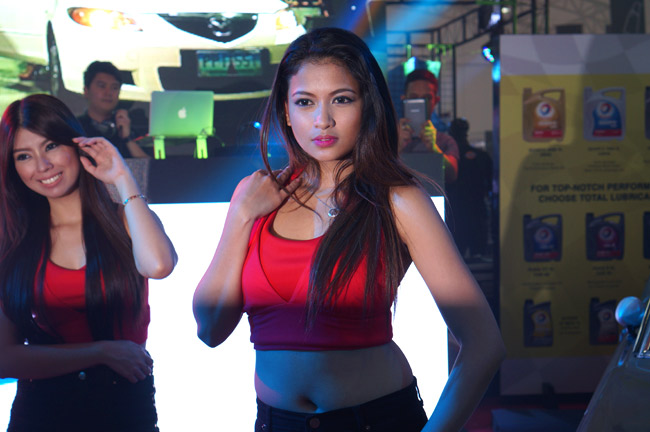 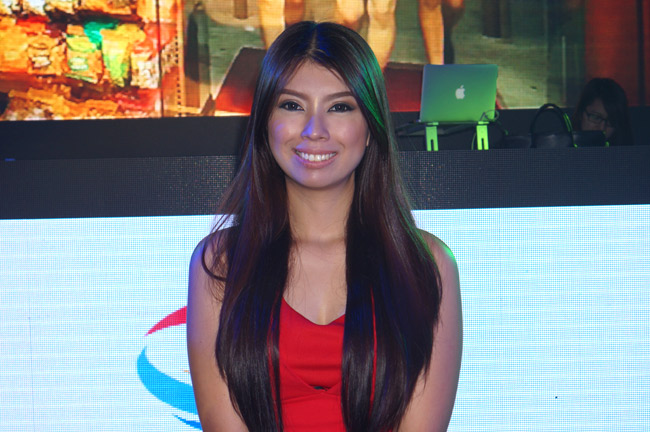 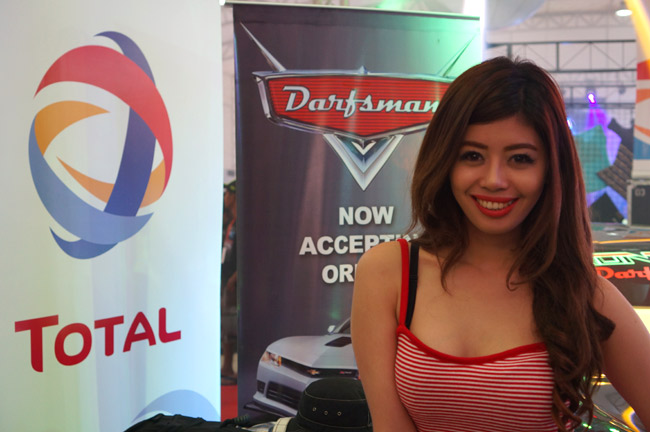 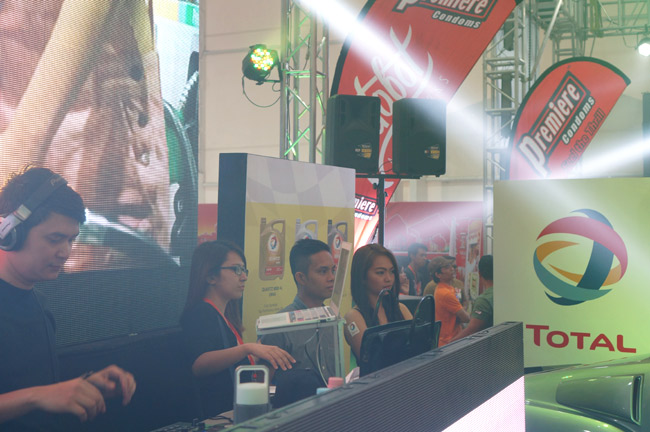 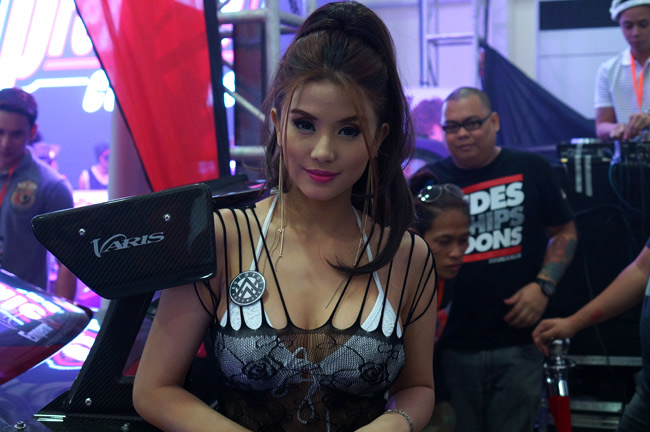 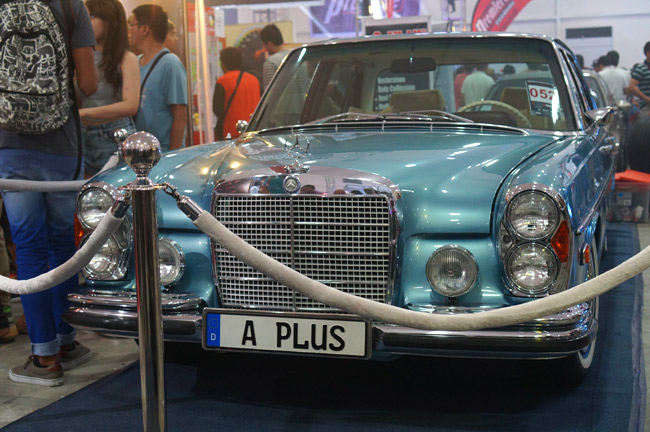 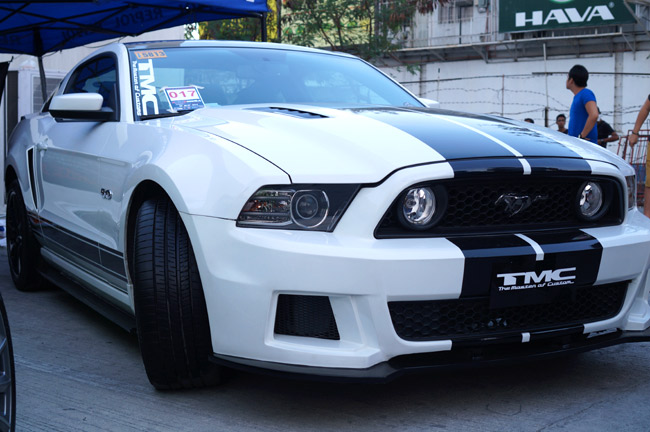 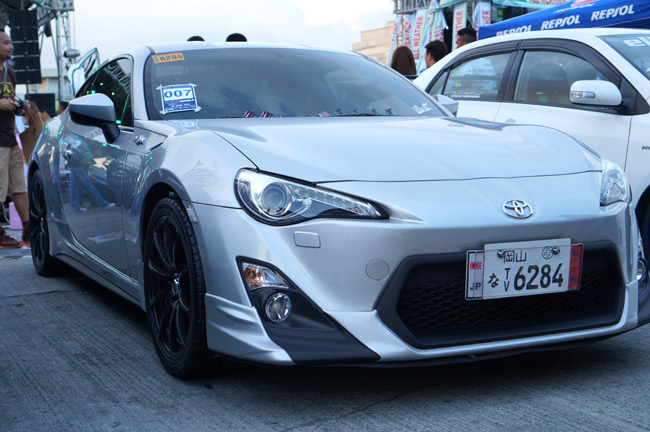 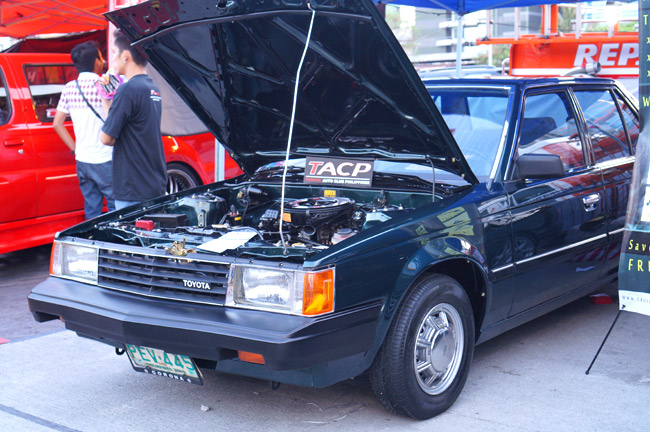 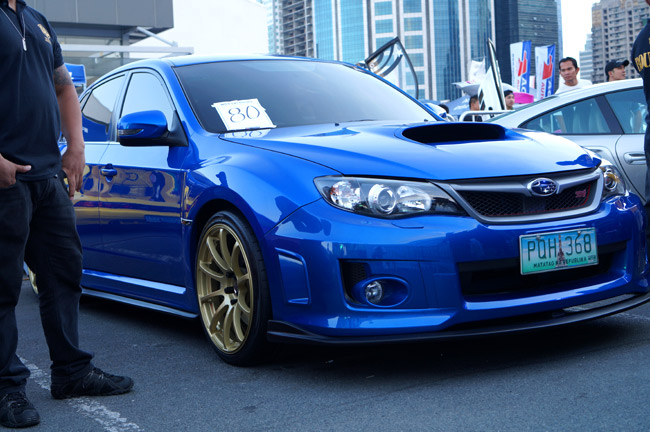 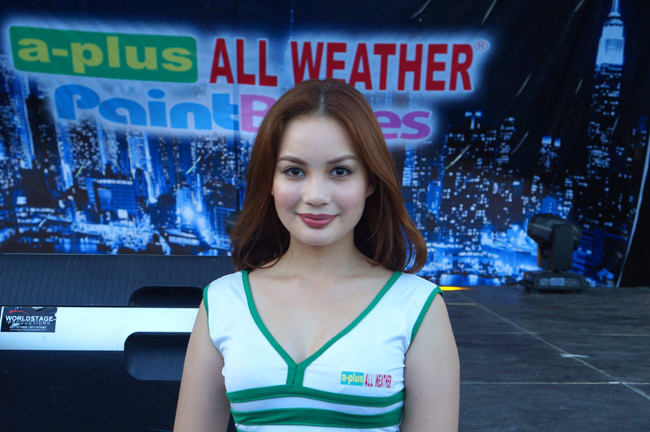 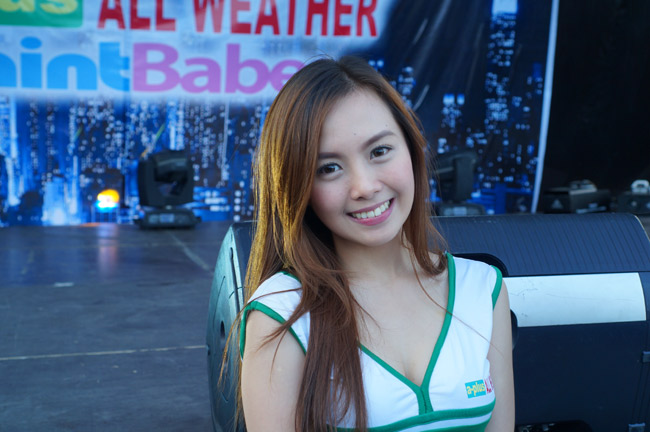 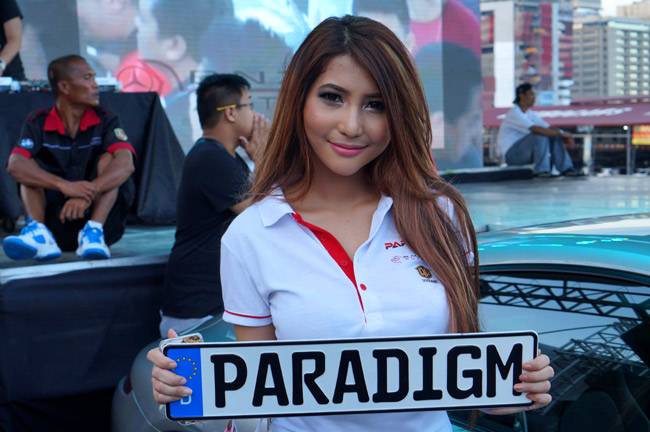 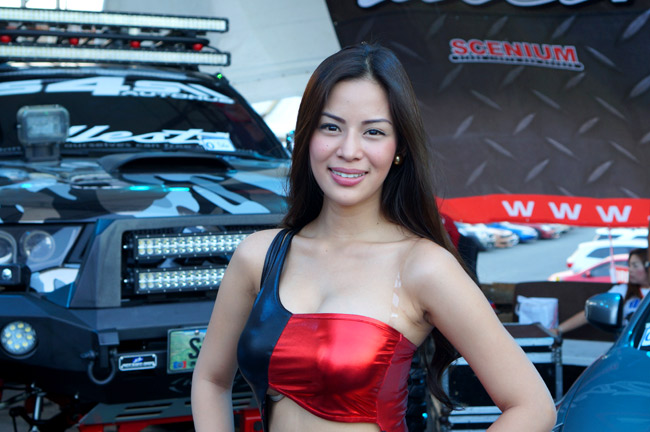 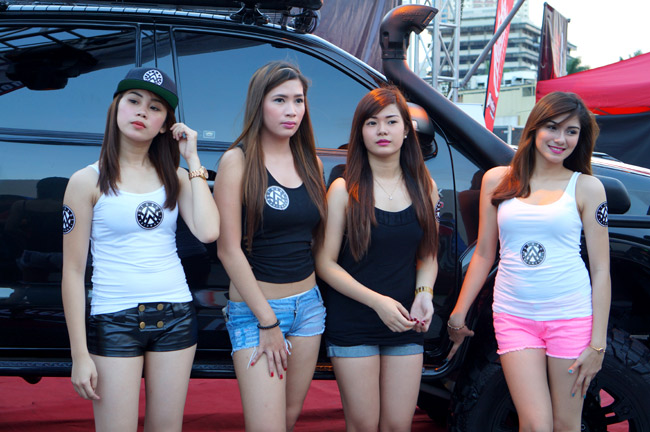 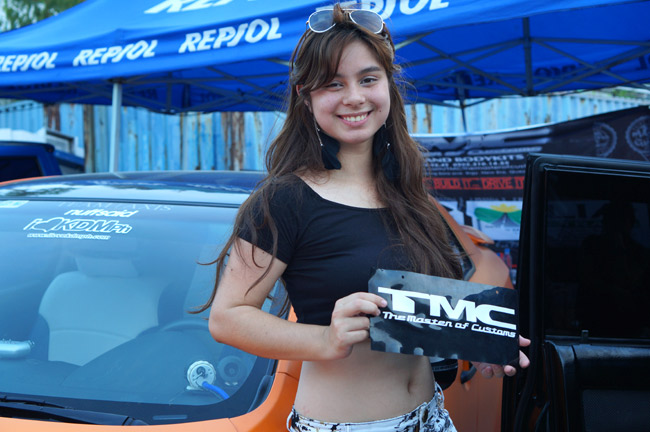 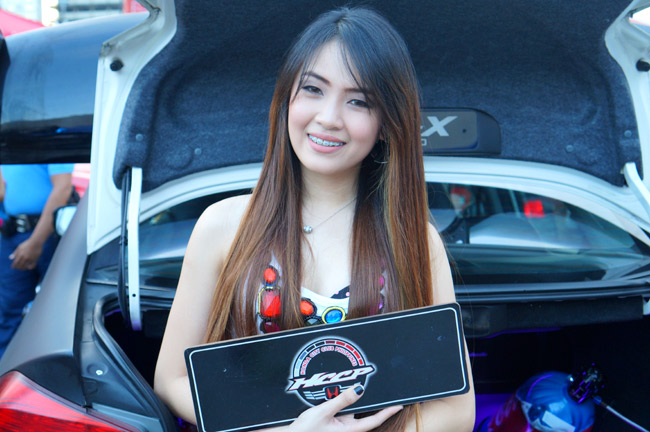 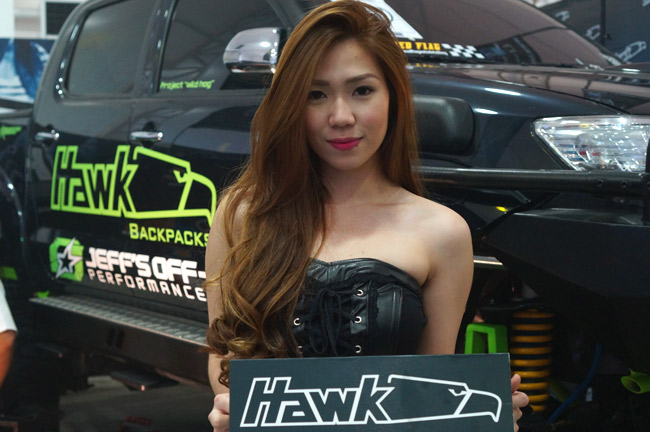 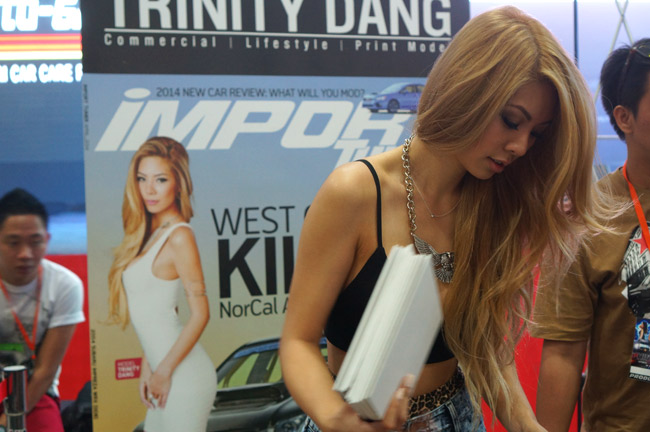 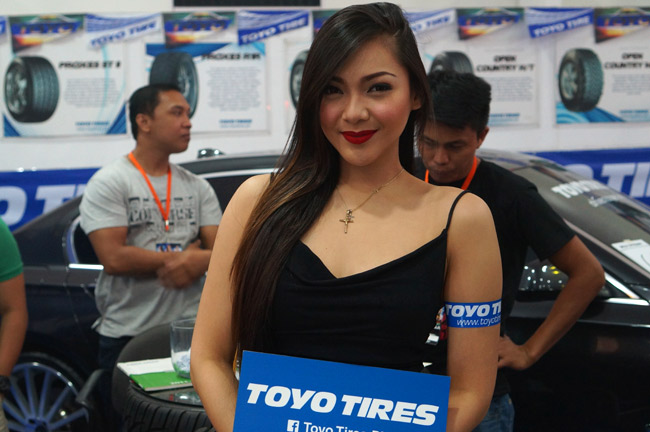 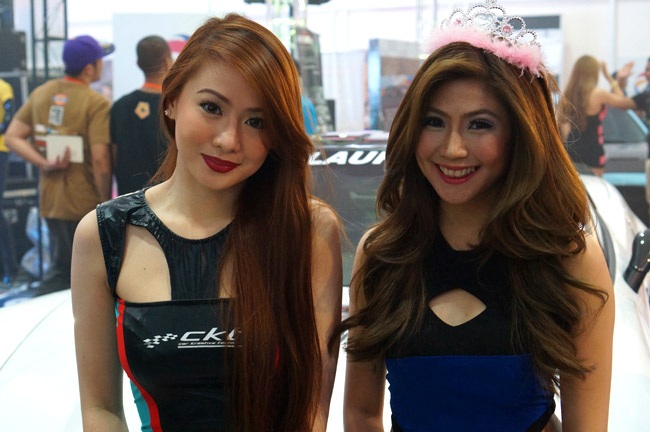 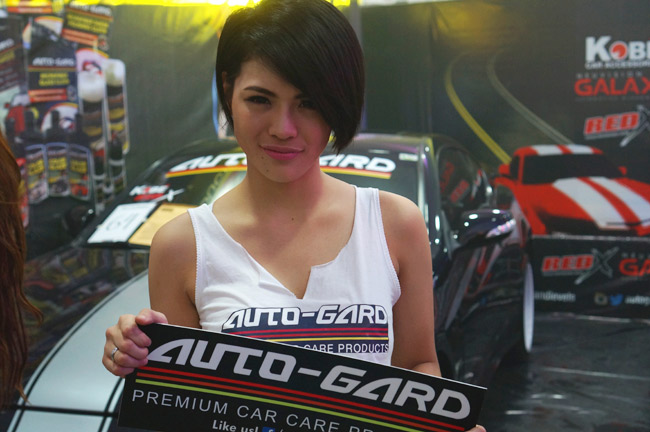 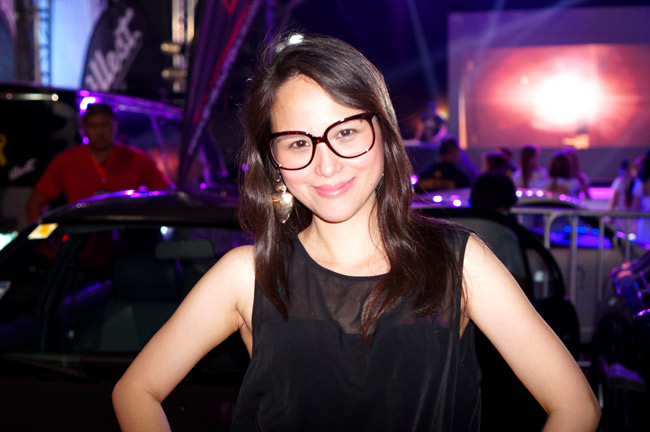 How my helmet design has evolved through the years
View other articles about:
Read the Story →
This article originally appeared on Topgear.com. Minor edits have been made by the TopGear.com.ph editors.
Share:
Retake this Poll
Quiz Results
Share:
Take this Quiz Again
TGP Rating:
/20