What the automotive industry can learn from 'The Lego Movie' 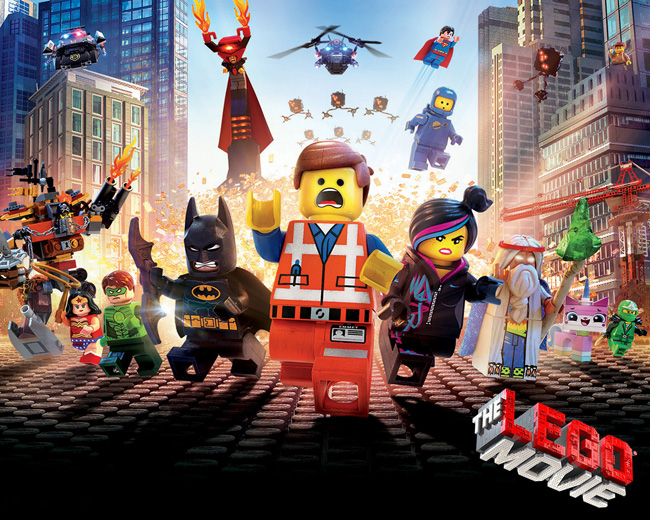 We have a new favorite flick in the Top Gear office. As you might be able to tell from my blog title, we're all smitten with The Lego Movie. Even our online managing editor Tracy--who still hasn't tired of the Disney movie Frozen (because she's the perfect mental age for it)--admits the movie about our childhood toy is a very entertaining film.

The Lego Movie has been criticized for being a movie-length cliché designed to sell--or revive--Lego playsets. The plot revolves around Emmet, a perfectly regular Lego minifigure who is perfectly content--no, elated--to follow all the instructions for living in the Lego universe. He believes he has a great life, and sees no reason to look beyond the instruction manuals.

One day, he meets a girl named Wyldstyle, and shortly after stumbles upon the life-changing Piece of Resistance. The bearer of this item is prophesied to be the most interesting person in this plastic universe--the minifigure destined to save the world. Take your pick of cinema inspiration: The Matrix, Star Wars, Harry Potter. In fact, these movie franchises are the perfect opportunity to segue into one of the biggest reasons we're nuts about this film: It makes use of Lego's extensive licensing deals to feature so many beloved pop-culture references throughout the course of the movie.

As Emmet takes a journey outside his regimented existence--away from the comfort zone of following instruction manuals--he encounters pirates, superheroes, NBA superstars and a popular wizard or two. The interactions with these characters are nothing short of hilarious, the screenwriters tapping into our familiarity with established names and presenting them in irresistibly humorous ways. There might actually be something wrong with you if you don't laugh at the scene where Batman steals a vital part from an iconic sci-fi spaceship.

Emmet's adventure is rendered in a blocky manner expected of a movie set in a world of Lego bricks. This might sound archaic in an era where Pixar brags about animating every strand of hair in its characters, but here blocky works wonderfully. It's just amusing to see a vivid world created out of the toys we loved as kids.

In a surprising third act, the core of The Lego Movie is revealed to be deeper than the protagonist's quest to save the world. It's a question of how we play (or used to play as kids): Do we follow the instructions, or do we use the Lego blocks to create something entirely new? Like all the best movies, there is no clear-cut correct answer. (Don't you just hate it when you're spoon-fed what to believe?)

Right after watching the movie, while I was still seated in the theater, I recalled how I had played with Lego when I was younger. I remember I was a builder (those who create something new). My brother and I would take various parts from Lego sets and create cars. At first, we just enjoyed looking at our crude automotive creations and pushing them back and forth. Inevitably, being grade-school boys, we had a light-bulb moment and decided to see who could build the stronger Lego car. Of course we would test our creations' durability by ramming them against each other and seeing which one survived.

This led me to think about real cars, the ones I deal with as an adult. I realized there's a lesson the automotive industry can learn from The Lego Movie. In this business, you have to be a builder to succeed and, more important, to earn respect.

This is why the Chinese brands are having a hard time cracking markets outside their country. Just following the herd (actually following is too kind a word) will result in predictable cars that are a step behind the leaders. You can never catch up when you're looking at your competitors' moves.

The builders in motoring push boundaries and create something unique. They try new methods of propulsion (Tesla cars, BMW's i sub-brand), invigorate stodgy lineups (Toyota's 86 and Lexus's IS), and sometimes do a combination of both (Honda's CR-Z).

A carmaker must always have the ability to elicit surprise and wonder from the motoring public. Because to a lot of us, cars aren't just a means of transport, in a way they're continuations of the playfulness and fun we knew when we were kids. As adults, we know that everything isn't awesome; we have bills, work, deadlines, traffic and politicians who insult our intelligence daily. But as long as we remember how to play, how to find joy in a world filled with mundane things, we will have the building blocks to create an awesome life. 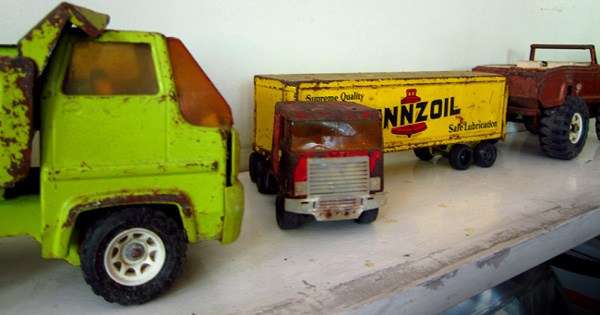 Tonka: When toys were really toys
View other articles about:
Recommended Videos
Read the Story →
This article originally appeared on Topgear.com. Minor edits have been made by the TopGear.com.ph editors.
Share:
Retake this Poll
Quiz Results
Share:
Take this Quiz Again
TGP Rating:
/20