Owners who slap giant rims on their SUVs might seem misguided, but Ferman Lao thinks this car might get away with it
by Ferman Lao | May 4, 2009
CAR BRANDS IN THIS ARTICLE 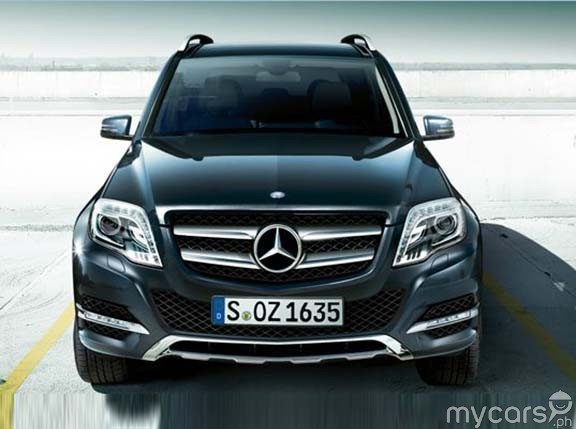 Mercedes-Benz GLK-Class
I'm not much of a Mercedes-Benz follower. In fact, save for very few models in its lineup, I'm not a fan of the brand at all. On the very short list of recent models from Benz that have caught my attention are the SLK, the SLR, and the C 55. Of course, there are also the G-Wagon and the Unimog, but the last one's quite off the beaten path.

That's how short my Mercedes list is-five cars, and the last one isn't even a car. Even the new C-Class, impressive as it is with all its cutting-edge active safety gear and engineering, doesn't quite make it. However, the new GLK, which also shares its platform with the W204 C-Class, is a different story altogether. This is one Mercedes-Benz that makes it high up on my list-high enough for me to put it on my "one car every day for the next five years" list.

Not everyone will find it good-looking, but I do. It just exudes purposeful high speed as well as on- and off-road ruggedness, with some concessions to bling tossed in courtesy of the 20-inch alloy wheels, a factory-fit option available in our test unit. The 20's work cosmetically with the GLK's lines and perform well on the road at speed, but most likely won't do wonders for the almost-off-road nature of our urban streets, where this car will mostly see action.

Driving it at moderate to low speeds, you can't get away from the feeling that the vehicle is, well, rolling on 20's. The ride isn't that bad at all, but impact harshness on rough surface is perceptible, compromising the luxuriousness of the vehicle and making it feel like all the other off-road wannabes misguidedly rolling on 20-inch wheels. I'm sure the smarter buyer will prefer the smaller-wheel-and-taller-sidewall package.

If it's any consolation, the 20's with low-profile tires don't seem to have detrimental effects on the acceleration of the GLK.

Throttle response is superb, be it off the line, transitioning from cruising to full-throttle acceleration, or weaving through slower-moving city traffic. Credit this to the 7G-TRONIC seven-speed automatic transmission. It accelerated so quickly and seamlessly that I almost mistook it for a CVT. In ‘C' or normal mode, there will be instances wherein there's about a three-quarters-of-a-second delay as it downshifts when you floor the pedal, but not something that's going to be a deal-breaker. The ‘S' mode resolves that easily with very little effect on fuel consumption.

The fuel consumption meter on the multi-information display showed that despite my best attempts to produce dismal fuel consumption, the GLK still got a respectable 5km/L in mixed-conditions, lead-footed driving.

The interior merits not much mention since topnotch craftsmanship is already a given on any Benz model. As on any other vehicle made by the German carmaker, the luxury is ever-present, with a lot to rave about and not much to diss.

Agility on wheels
View other articles about:
Read the Story →
This article originally appeared on Topgear.com. Minor edits have been made by the TopGear.com.ph editors.
Share:
Retake this Poll
Quiz Results
Share:
Take this Quiz Again
TGP Rating:
/20