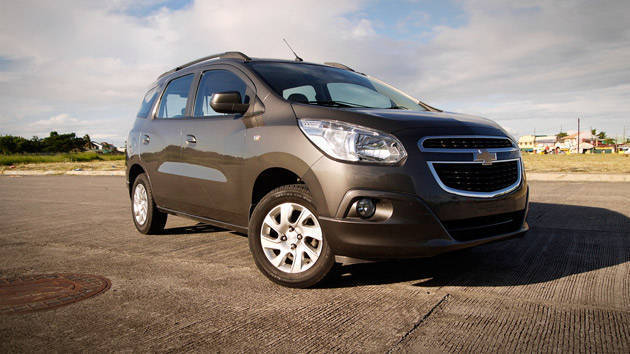 Launched in Brazil just last year, the Spin is Chevrolet's first serious venture into people-movers for emerging markets. Targeted at the likes of the Toyota Avanza and the Suzuki APV, it debuted with an old but serviceable 1.8-liter gasoline engine. This ensured both durability and a low price. But for the ASEAN market, Chevrolet decided to go with a more sophisticated 1.5-liter motor, mated to six-speed manual and automatic transmissions. This also raises the price a bit, making the Spin more expensive than its main competitors. But was this change worth it? 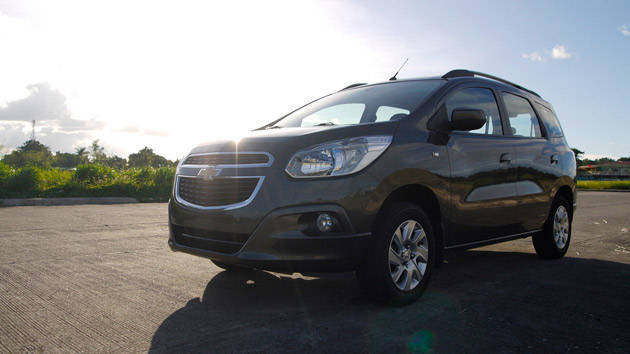 The Spin sports the familiar Chevrolet looks, with the split grille and the eagle-eye headlights. Some of the proportions are a bit awkward, with the huge grille accentuating the high cut of the prow and the rear end looking a bit odd and bland. But overall, it's a more modern-looking car than any of its local competitors. Clean lines and a big greenhouse make it look usefully large, though it's still a small car. Fifteen-inch wheels round off the package. Bigger would be better, but possibly to the detriment of ride comfort. 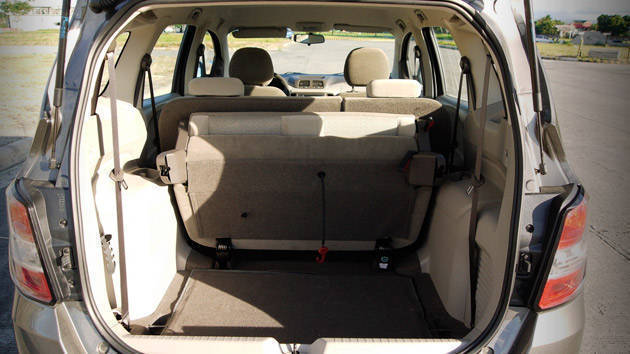 The interior is handsomely designed, with nice surfacing and a light, airy feel despite the preponderance of grays. The motorcycle-style instrument gauge is better integrated here than on the Sonic, but controls like the door locks and mirror adjustment are quirky. The seats are a bit too high off the floor, but they're supportive. The cabin is noticeably wider than the Nissan Grand Livina's or the Toyota Avanza's, but second-row legroom is smaller despite the longer wheelbase. On the bright side, the Spin squeaks through the balikbayan box test, the folding third row revealing deep and large compartment. 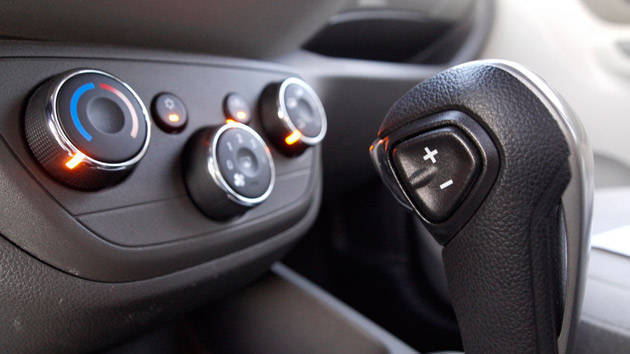 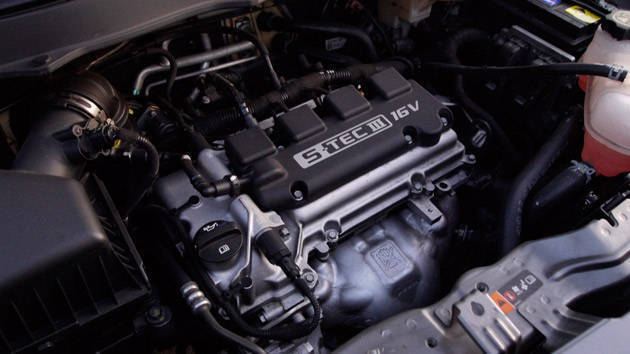 A displacement of 1.5 liters isn't much to motivate a seven-seater, but the six-speed automatic transmission makes the most of the situation. Very short gearing--with the first gear topping out at 45kph and the second at 60kph--gives it explosive off-the-line acceleration compared to its four-speed competitors. The manual-shifting mode is a delight, and is useful for engine-braking and overtaking. A long sixth gear turns just 2,500rpm at 100kph, and allows an astounding 18-20km/L at 80kph. Don't expect better than 6-8km/L in traffic, but as long as you're moving, mixed economy hovers in the 12-14km/L range.

The Spin may be wider than other mini-MPVs, but a good sight line makes it very easy to thread through traffic. In terms of handling, it's aces. The heavy steering feels rather inert, but points the car with some verve. It corners with little lean, and firm damping keeps it well-controlled under braking and over heaves. The ride is very "European," hitting that comfortable medium between floaty and stiff, even with the 195/65 R15 GT Champiro Eco tires inflated to the recommended 35psi. While insulation feels thin around the doors, the Spin is nice and quiet at speed on the highway. 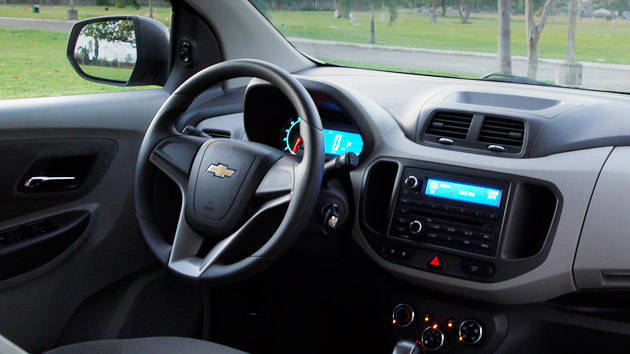 The Spin's equipment level is a mixed bag. While there's a stereo with USB and Bluetooth, there's no backing-up camera or even sensors. Which, let's face it, would be nice to have on a car this tall. That said, there's still a lot to like. Keyless entry, front and rear foglights, roof rail and alloy rims help to justify the P838,888 price tag, and there's tastefully restrained chrome everywhere. The diesel LTZ variant comes in at P908,888 with a mere five-speed manual transmission, representing a possible P100,000 premium for the engine alone. Yowza.

While the Spin does have its compromises--notably in terms of rear legroom--it is more refined and more enjoyable to drive than most of the humdrum entries in this limited class. And thanks to the sophisticated drivetrain, it proves more economical than the competition, particularly on the highway, where the six-speed automatic handily outperforms the four-speed automatics in the Spin's chief competitors. While the diesel seems the more logical choice, the decent economy of the gasoline motor and that huge price premium mean that the gasoline LTZ is probably the pick of the bunch.