Truly American
by Niky Tamayo | May 9, 2013
CAR MODELS IN THIS ARTICLE 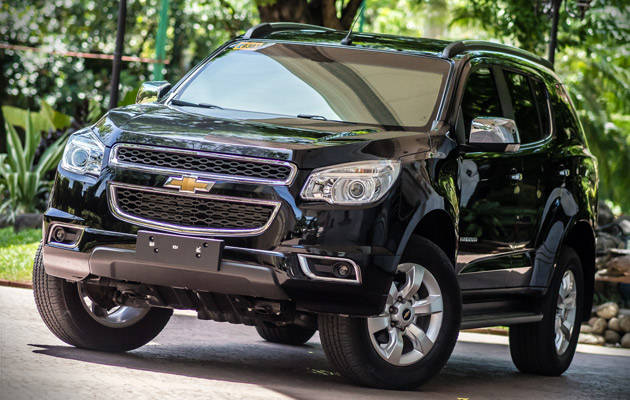 In recent years, to meet changing US-market demands, Chevrolet dropped the likable Trailblazer SUV from its US lineup and replaced it with an all-new crossover called the Traverse. Unfortunately for Chevy, while buyers wanted crossover economy, they still wanted the SUV look, which means they all went out and bought front-wheel-drive faux-SUV Ford Explorers instead.

Luckily, the Chevrolet Trailblazer still lives, as a Colorado-based truck designed in Brazil, built in Thailand and powered by a European diesel. But how far removed is this multinational pastiche from the old Trailblazer? And can something so global in reach be truly American? 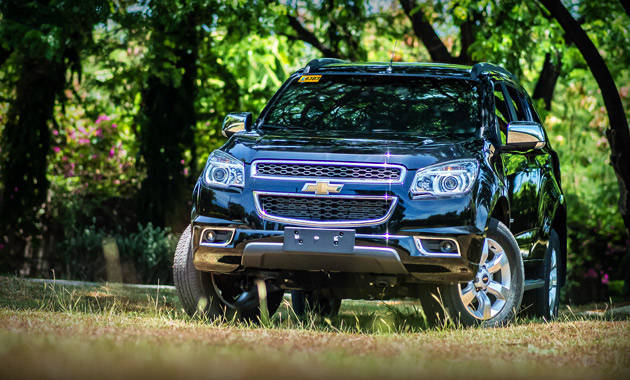 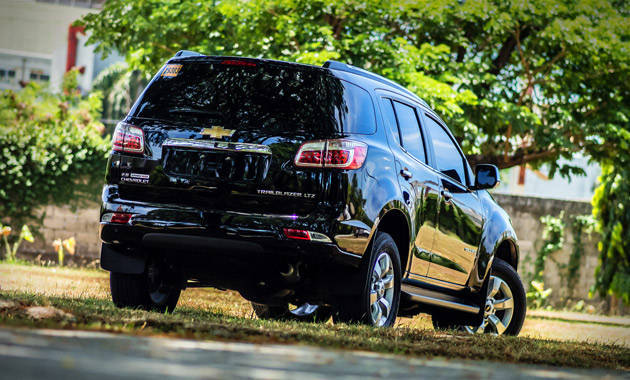 Chevrolet's new styling perhaps looks best on the Trailblazer. The aggressive multi-piece grille and tall hood-line make for an imposing presence, and the rising beltline and muscular haunches lend the vehicle a handsome dynamism. Out back, the lines of the sculpted tailgate draw the eyes down to the grab-handle. Nice touch, that.

The new face might not be as memorable as the split-level headlamps and grille on the old Trailblazer, but the overall design has a more modern, more global appeal. The thick-spoked rims, on the other hand, present a uniquely American aesthetic, and suit the truck well. 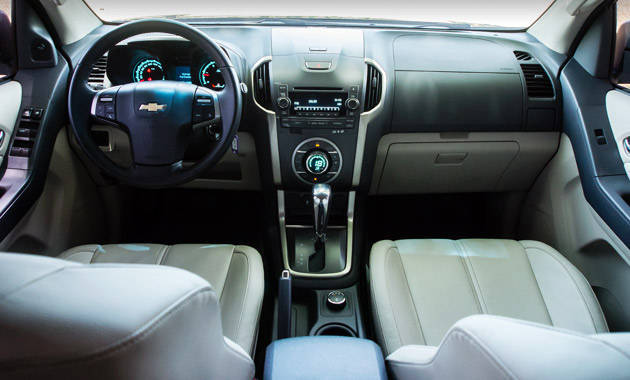 At a glance, the interior looks fantastic, with chunky shapes and curves everywhere. I particularly like the Camaro-inspired instrument cluster and the circular-themed climate control, with its easy-to-read digital screen.

Plastic surfaces leave something to be desired. The door panels and glovebox lid are of hard and dull plastics. Seating space and comfort easily trump the Fortuner-Montero Sport duo, although the narrow rear doors make ingress and egress to the rear seats clumsy. The third row is spacious, but doesn't fold into the floor completely, making the otherwise large cargo bay a little less useful for carrying large items. 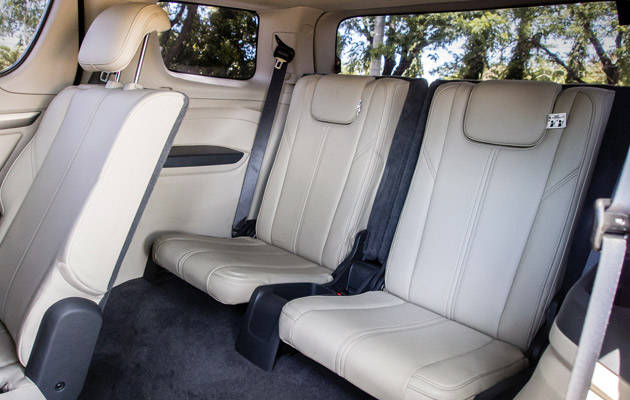 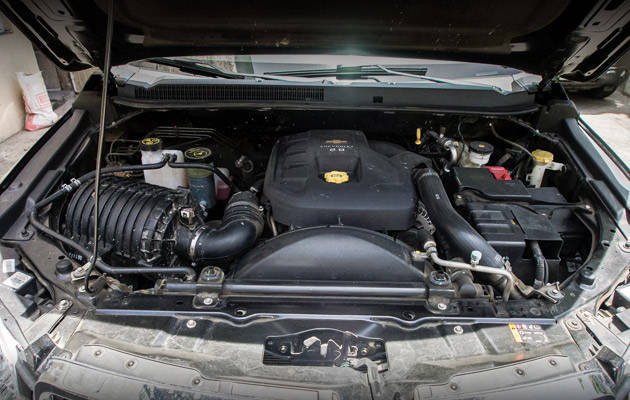 While the 2.5 is merely average, the 2.8 is the new King of the Hill. It's got more punch than the Mitsubishi Montero Sport, with a smoother, more balanced power delivery. You won't mistake it for anything but a diesel, however. The coarse gurgling drowns out easy-listening music under acceleration.

The slick six-speed automatic is responsive in both auto and manual modes, and the long sixth gear makes for a relaxing 1,700rpm at 100kph. Mixed economy is commendable for the weight and power, at around 8-12km/L, but hot summer traffic sees that figure drop considerably.

While noticeably wider than Japanese trucks, the Trailblazer is narrow enough to feel handy in traffic, with surprisingly good forward visibility. It has a well-controlled primary ride, but things can get a bit choppy in the back seat as single-wheel bumps tend to cause some axle shimmy.

The big Chevy is better sorted than most competitors, with balanced handling, modest body roll and strong brakes. While handling is competent, the heavy electric steering, the thick insulation and the view over that wide hood make it feel very big and very American.

While the base model gets the Colorado's capable underpinnings and 800mm wading depth, the 4x4 gets so much more. Here, you have a low-range transfer case, a full suite of electronic stability systems, luscious leather, a power driver's seat, chrome bits, backing-up sensors, and a pretty good stereo. Add P85,000, and you're upgraded to a touchscreen navigation system with an integrated parking camera and headrest monitors.

Despite the price premium, customers seem to be flocking toward the 4x4 model. Unless they drop the price of the 4x2 or give it an automatic transmission, I doubt that will change.

The Trailblazer is arguably the best 4x4 midsize SUV by far--for now. What's more, it maintains that quintessentially American spirit, something the other "American" here, the Ford Everest, has always lacked. All that's missing is an automatic 4x2 model to take the fight to the sales leaders (Toyota and Mitsubishi).

The Trailblazer is a worthy heir to the name, and whether it goes Stateside or not, it takes the ASEAN SUV segment to the next level. Ford will have to work overtime on the new T6-based Everest to beat this.