You will want this wild pony in your garage
by Paulo Rafael Subido | Sep 25, 2013
CAR MODELS IN THIS ARTICLE 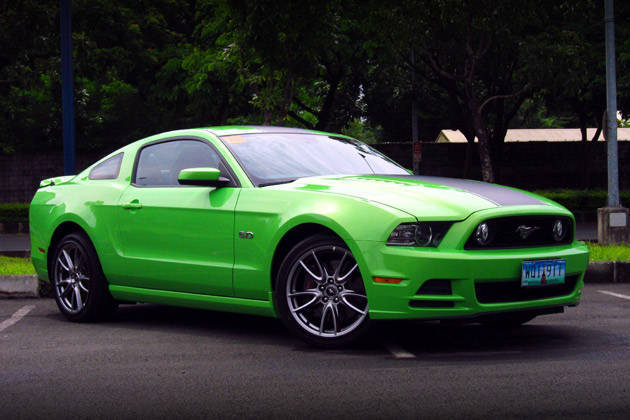 Early last year, it was still up in the air as to whether Ford Philippines would be selling its iconic pony car in our market. So when the announcement was made at the 2012 Manila International Auto Show that the car would be made available here, Mustang fans rejoiced. The big question, though, was whether the company would be able to move a sustainable number of units.

Well, if there were any doubts on the company's part, they have surely been put to rest by now. The Mustang is selling in consistent numbers (270 units so far), and we've personally seen more than a handful roaming Metro Manila. A big factor is the fact that the official dealer pricing undercuts gray-market figures by a huge margin. The Mustang is well within reach of any American-car enthusiast.

To add even more desirability, only 50 units of "Grabber Blue" and "Gotta-Have-It Green" 5.0L V8 GT Premium with Performance Package variants will be sold here. At P2,999,000, it's also more affordable than its direct American V8 rival by more than P1,000,000. How's that for a bargain? 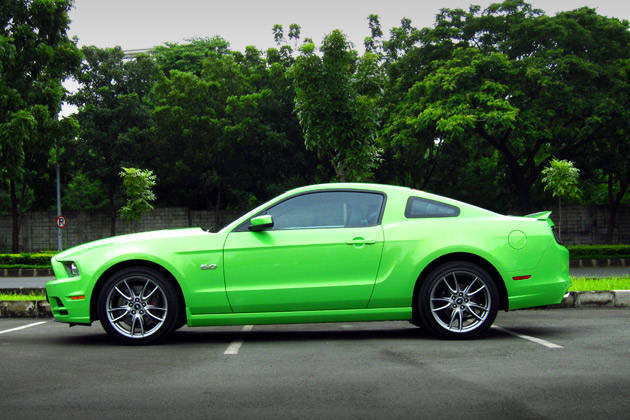 The new Mustang is a retro revival of the classic body lines that the original was known for. During the '80s and the '90s, the Mustang badge seemed to have lost some of its mojo, but the arrival of this body style has changed all of that. The long hood and the fastback profile are undeniably sexy. Whether charging down the highway or just sitting in EDSA traffic, it turns heads. On more than one occasion, bystanders asked to have their picture taken beside it. It's a scene-stealer, thanks to the "Gotta-Have-It Green" paint job and "Over The Top" racing stripes. The 19-inch alloy wheels wrapped in low-profile rubber are also just right. You'd be silly to want to put aftermarket wheels and tires on this already handsome package. 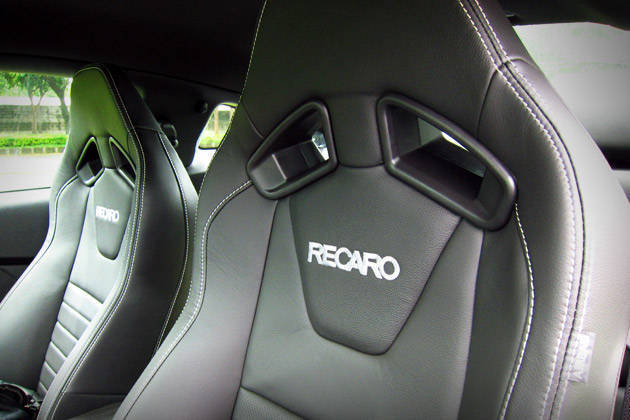 What makes the Performance Package special is the addition of body-hugging Recaro seats swathed in black leather. This is fitting, especially as the Mustang is a sports car in the truest sense of the word--which is why you wouldn't buy one for its interior space. There's more than enough room for the driver and the passenger, but the huge transmission tunnel and the fastback profile leave little headroom and leg space for the rear passengers. Technically, this car is classified as a 2+2-seater. The only downside is the use of plastic, but really this is no big deal and is expected from American cars in this class nowadays. Trick ambient lighting adds some flash to match the eye-grabbing exterior color. 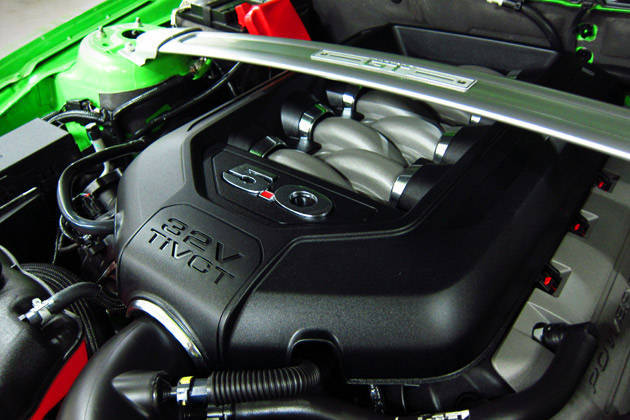 The 420hp 5.0-liter V8 is why you would buy a Mustang in the first place. Yes, there's the V6 variant, but given the choice, you'd want to go big. Twist the key and the motor barks to life, and then settles into an eager idle. The Mustang may seem to have too much power for our little roads, and in all honesty the Philippines doesn't have enough straight highways to let the car's motor run wild. Nevertheless, it is fantastic to have all of those horses on tap. A total of 529Nm of twist will snap your head back when you stab the go pedal, and the growl when the engine opens up and goes on cam, is majestic. Power is delivered to the rear wheels via a six-speed automatic transmission. For a leisurely cruise, you can maintain 100kph on the highway with the engine turning at 1,700rpm. In case you're wondering, we netted 5.8km/L in mixed highway and city conditions. 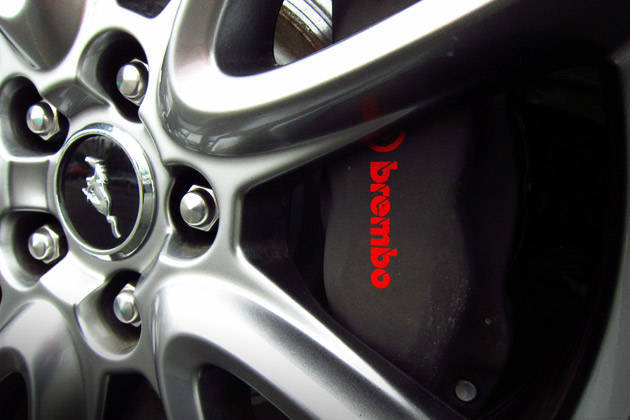 You can throw away any notions you have of American cars not having the footwork to match the grunt under the hood. Even if the Mustang utilizes an "archaic" rigid axle at the rear, we didn't experience any problems with it. If anything, this car remains composed in any normal driving situation. It corners really flat, too, considering how big it is. Scrubbing off speed is the Brembo brake package, which is reassuring and provides the kind of brake feel expected of performance cars. We would have loved to take the Mustang on a track day to experience the true potential of the stoppers, but alas, that will have to be done some other time. 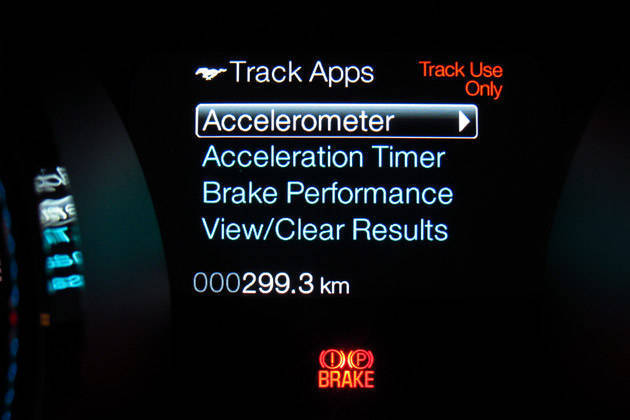 Speaking of track days, the Performance Package comes with cool Track Apps that can be selected via buttons on the steering wheel and displayed on the LCD screen directly in front of the driver. There's the accelerometer, the acceleration timer and the brake performance indicator. Only use these while on the racetrack, please. For normal use, fuel economy can be measured and displayed in real time as well. Drivers can customize the lighting themes and colors in the interior. Driver, passenger, side and curtain airbags come standard. Electronic stability control is standard as well and keeps drama to a bare minimum--even on the most slippery of roads. For tail-happy, rubber-burning antics, you can switch the system off if you so desire.

The Ford Mustang will go down in history as one of the most iconic cars ever created. Owning the current version is like being part of a historic lineage. Remember, however, that you won't buy a Mustang for fuel economy or practicality. You buy one for the way that it makes you feel like you're the king of the road. Not a lot of cars can elicit that kind of emotion. Gotta have it? Absolutely.