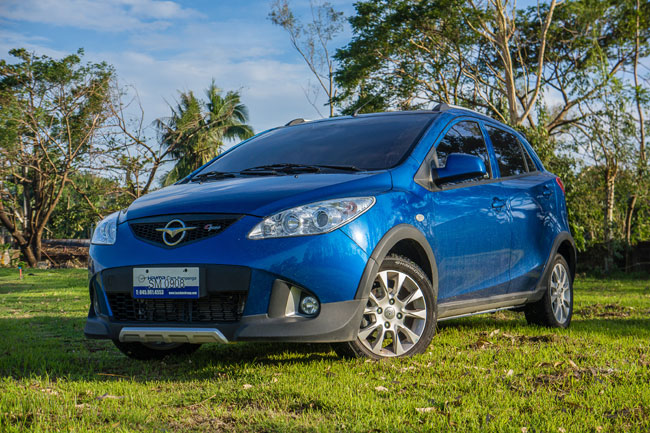 There was a bit of a furor last year over a secondhand-car seller trying to pass off the Haima 2 as a Mazda 2, followed by notices of disavowment from both manufacturers. The confusion is easy to understand, as Haima once manufactured Mazdas for the Chinese market. But since they're no longer related, you can't call their cars Mazdas. Well, not really.

Whatever you can or can't say legally, you can't deny the ex-family resemblance. But beyond that, the Haima 2 is oddly adorned with bodykit suggesting off-road versatility. Can this "C Sport" edition live up to its claim of being either a Crossover or a Sporting drive? 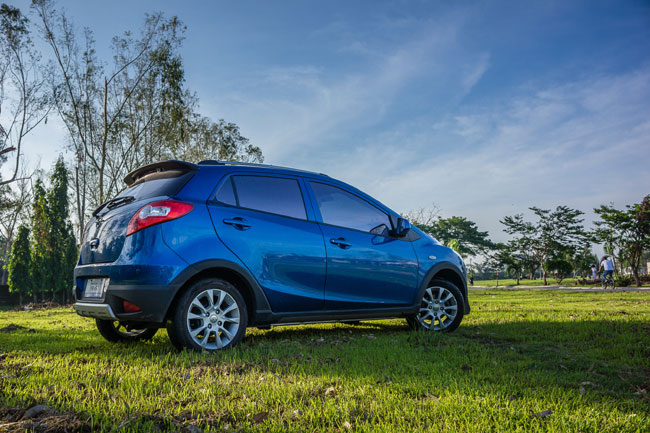 As one of Haima's older models, the 2 hews very closely to the Mazda aesthetic. Put it side by side with a Mazda 2 and it's patently obvious they're related. The projector headlights are an improvement, but the flatter Haima grille isn't quite as neat as the original item.

With a roof rail, pronounced fender flares and bumper under-guards, however, it's a much more "butch" car. While these add-ons suggest rugged off-road ability, that's as far as it gets, considering the small 15-inch alloys shod in 185/55 Hankook Optimo 415 road tires. 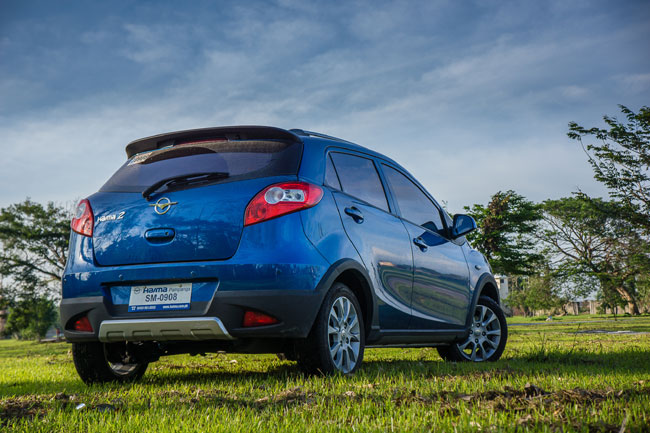 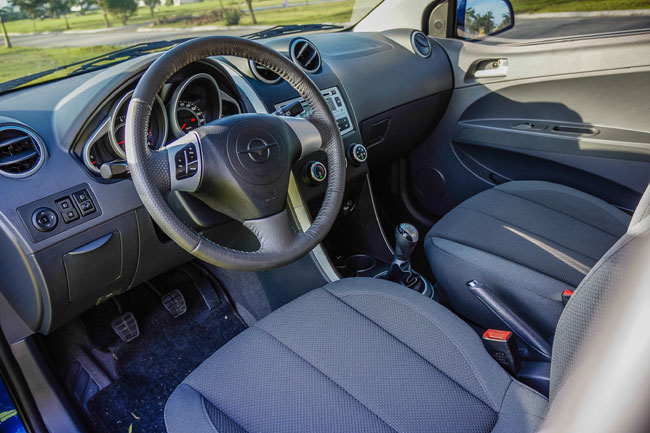 Since its launch, the Haima 2 has received constant upgrades to make it feel more modern. It still uses the familiar three-spoke steering wheel, deeply cowled instrument gauges and round AC vents, but the shifter layout is more conventional than the source material.

There are some fit issues, but nothing really irksome. If I had to complain, I'd say the matte finish of the center stack shows up greasy fingerprints way too easily.

While headroom is a bit tight, the rear seats are mounted far back, giving much more legroom than the wheelbase suggests, and the small trunk is usefully deep. 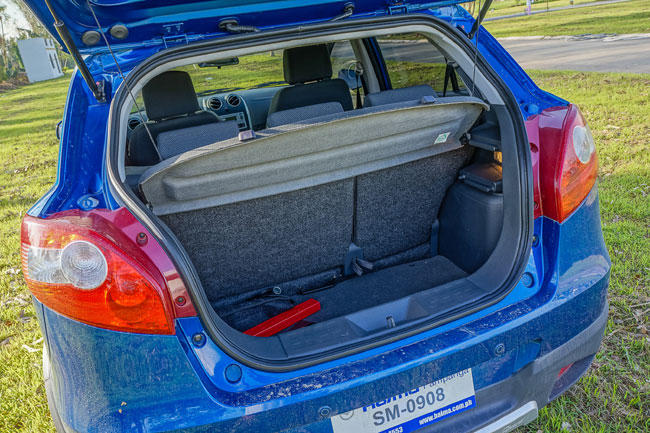 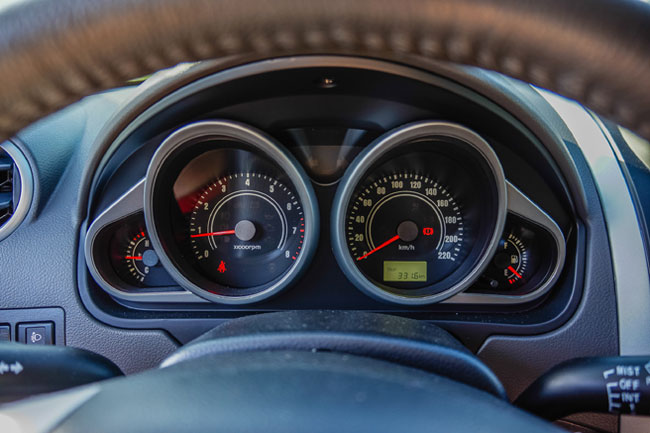 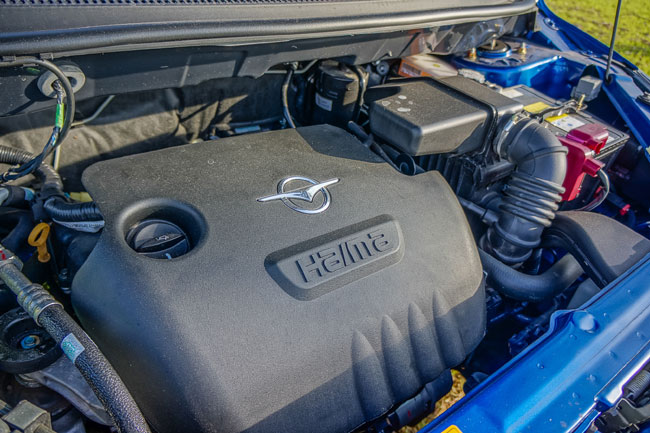 The Haima 2's motor is not as powerful as the more modern 1.5 in the M3 sedan. It needs to be revved hard to extract its full performance, and the kick when the variable valve motor comes "on cam" is only felt near 5,000rpm.

The five-speed manual transmission is slightly notchy, but lovely to row through. A short fifth gear means 3,000rpm at 100kph, limiting highway economy at speed. Mixed driving yielded fuel economy in the 12-14km/L range. Not all that bad considering the rain and traffic we drove the car through. 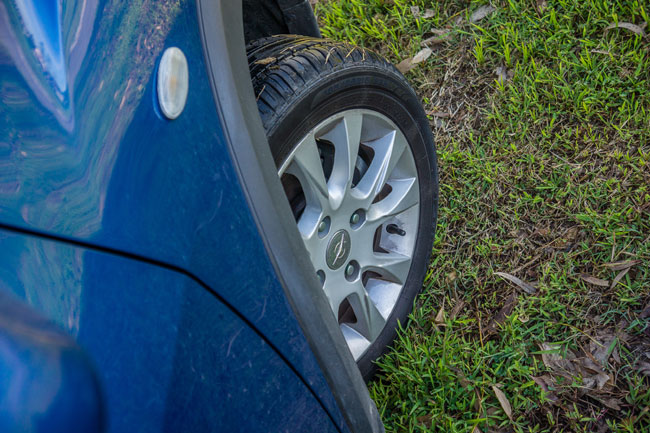 Steady brakes, light steering and good visibility--even out the back hatch--make this car well-suited for commuting. On the highway, sound suppression is good, though the tires tend to be noisy and darty over certain surfaces.

Although the Haima 2 is nimble, a quirk of suspension geometry gives it an odd amount of body roll at the first bite of the steering. This gives way to flat and sure cornering, but it saps away confidence in hard driving.

As the newer M3 seems to handle more keenly, it will be interesting to see if the next-generation Haima 2 follows in its footsteps. 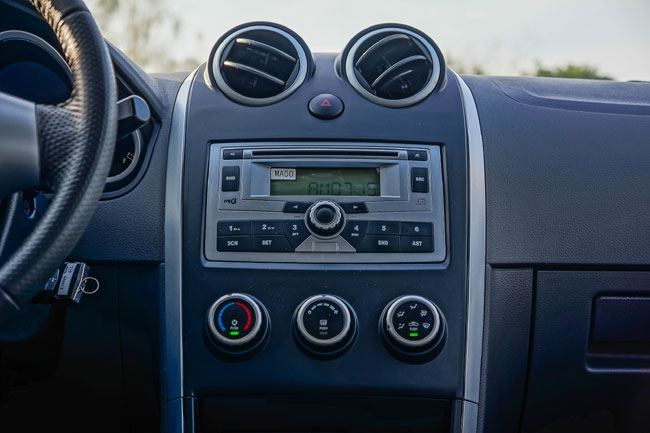 Against expectations, the Haima 2 comes with steering audio controls, a 2DIN stereo with USB and AUX input, ABS and airbags. The stereo sounds decent, but noticeably struggles with deeper notes.

It also comes with projector headlamps with level control, and front and rear fog lamps, as well as those plastic fantastic fender and bumper extensions. Even the base model gets the full bodykit, though not the foglights and other niceties. 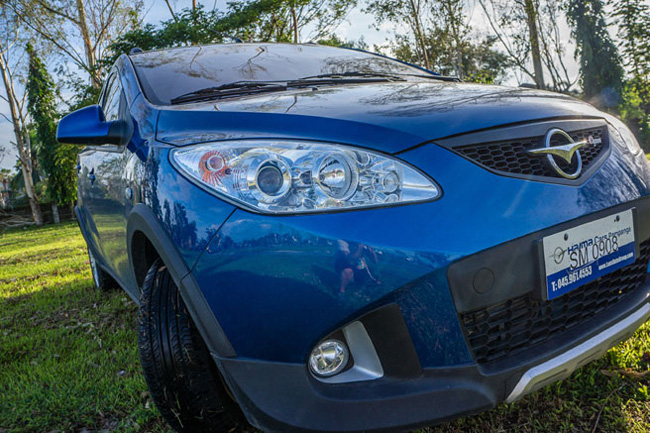 So, the Haima 2 isn't actually a crossover, and not quite the sportiest drive out there, but at P669,000, it's still cheaper than comparably spec'd Japanese-branded cars. There's even a base 1.3 for just P599,000.

It's also not quite a Mazda. Which is, perhaps, a good thing. While it lacks that last bit of sparkle that makes the Mazda 2 one of the most fun things on four wheels, it's roomier and quite a bit more practical.

Still, one can't help but feel that an upgrade, à la Haima M3, would do the little hatchback a world of good.