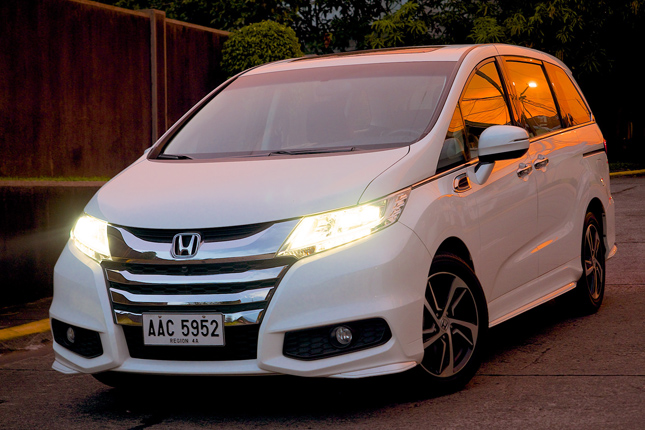 Minivans tend to get an unfair rap as being "soccer-mom cars," something to ferry the kids to and from school and sports activities. Lacking the macho image of an SUV, these sedate vehicles are not usually the first option on Filipino car shoppers’ minds when it comes to the purchase of a family hauler.

Honda wants to turn that stereotype on its head, though, as its Odyssey tries to break the mold by being engaging to both passengers and driver. Did the Japanese carmaker succeed? Well, we took its new minivan and put it through its paces to find out. 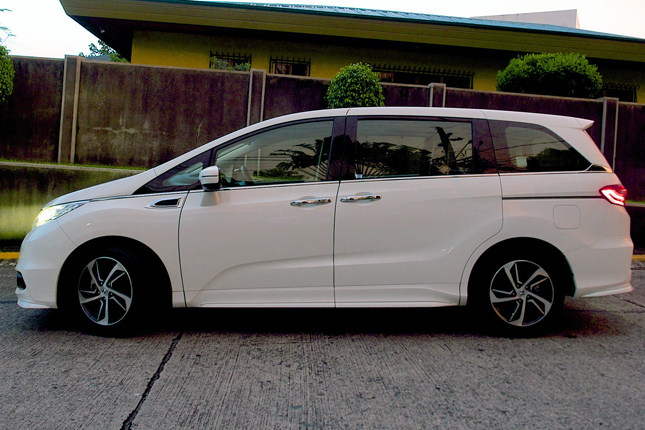 The first thing that strikes you upon walking up to the minivan is how sleek it looks. Like a Jazz that went on a 365-day workout regimen, the van possesses lines that show a muscular shape unlike anything in its class. The imposing grille and the skirts complement the swooping lines of the side profile, all without adding to the bulk. In fact, if you squint a little, it seems almost--dare I say it--sexy. Not just for a van, but for a car in general. 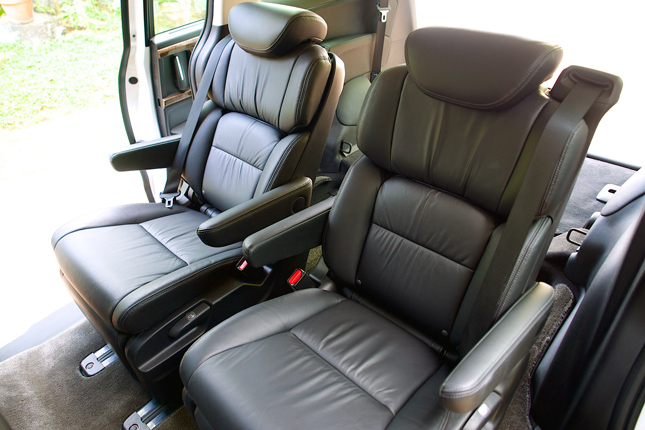 The pièce de résistance of the Odyssey is the interior, especially the feature-packed middle and third rows, where you ought to spend the most time in. Entering the automatic sliding doors, you can slip into the captain’s seats with built-in ottomans that are adjustable in more ways than we can ever imagine.

Both can be moved forward, backward and side-to-side, as well as recline, allowing you the most amount of room possible--albeit at the cost of treating third-row passengers to a view of your headrests. That view is a shame though, as the Odyssey is equipped with a fold-down rear screen that can be controlled remotely. You can plug in your smartphone or laptop via the available HDMI ports, of which there are two (one in front and one at the back). The system also accepts USB input for music playback and gadget charging, with two ports up front under the air-conditioner controls.

The third row seats three people, but it can also fold flat into the floor. This allows the van to be loaded up with even more cargo, especially if there are only four passengers in the car. Even with the third row being used by passengers, however, there is still enough room to load a week’s worth of groceries behind the seats. Loading cargo is easy as the floor of the rear door is so low to the ground that you can easily toss things into the compartment without breaking a sweat (or your back). 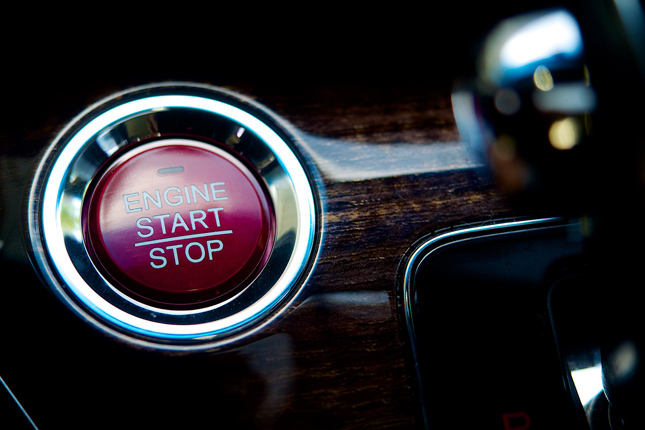 Surprisingly, for a van that can comfortably fit seven people, the Odyssey feels light on its feet. This is mainly because the 173hp 2.4-liter i-VTEC engine propels the vehicle at a surprisingly quick clip. The engine is mated to an efficient CVT, which--should the need for more spirited driving consume you--can be overridden by the paddle shifters sitting behind the wheel. Fuel economy is decent for a van of this size; we were able to average 6km/L in mostly city traffic. 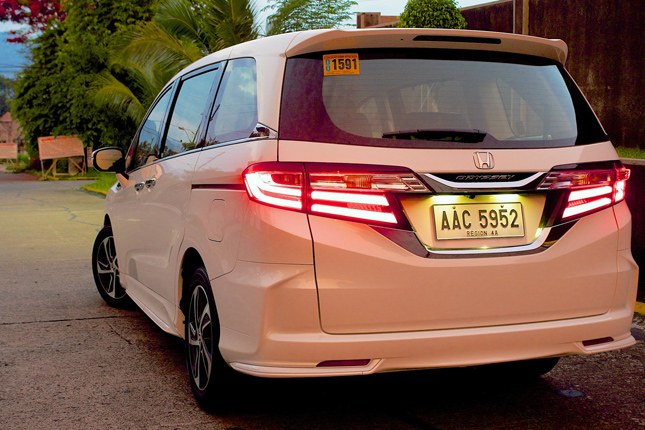 The van corners quite well. The mere fact that the previous sentence is possible is a testament to Honda’s suspension system. The center of gravity of the car feels quite low to the ground, and with that, taking curves at a not-insignificant clip makes it a joy to toss around despite its weight and length. Driving it around, the Odyssey always seems smaller than it really is, which is a definite plus for a vehicle this size.

We found that potholed Manila roads easily unsettle the suspension. Driving over rumble strips easily shakes our dental fillings loose, but we honestly can’t place the blame squarely on Honda. Any car would be rattled by the roads we have in this country, but we think that for a vehicle prioritizing a luxurious ride, it can be a bit jarring inside the Odyssey. 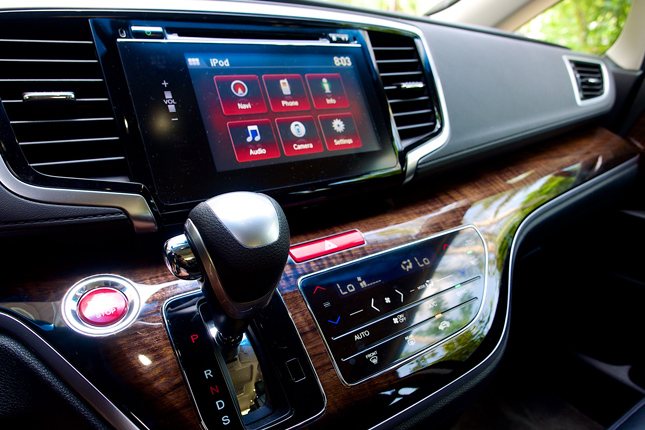 For a van that costs nearly P2.3 million, it has a smorgasbord of technology built into it. The seven-inch touchscreen has your standard GPS navigation and Bluetooth connectivity. It also offers you a magical camera system where it seems as though there is a camera drone floating above you all the time, providing a bird’s eye view of all the surrounding vehicles.

The minivan also has a self-parking feature that is one of the best and most accurate systems we’ve ever tried. Despite its size, it can easily parallel-park itself or back into a spot behind it. That’s a feature that never gets old, especially when you show it off to astonished friends or onlookers (don’t forget to keep your hands up and outside the sunroof for maximum bewilderment).

Lining the sides of the steering wheel are buttons controlling the cruise control, the information display, the audio system, and the Bluetooth connection. One large speedometer is right where it should be, in the center, while the rest of the space is reserved for small tidbits of information and a small tachometer on the left. It is logical and easily discernible at a glance, even while driving through traffic.

The suspension can be a bit ‘crashy’ while driving along the pothole-riddled streets of Metro Manila, and the low positions of the driver and front-passenger doors mean that you have to be mindful of sidewalks as you open them, but all in all we find the Odyssey to be an amazing van at a competitive price. Whether it's the three-zone climate control or the blind spot monitoring system or the LED projector lights that have active cornering, there’s always something new to wow you while driving the Odyssey.

Here’s a successful effort by Honda trying to appeal not only to the car lover, but also to the techie and the family man--all in one minivan. 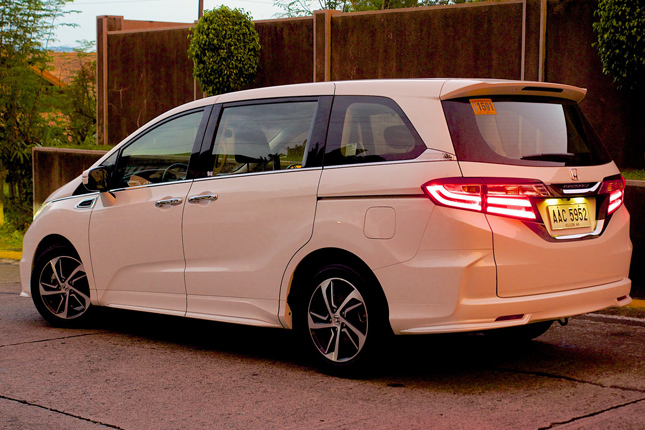 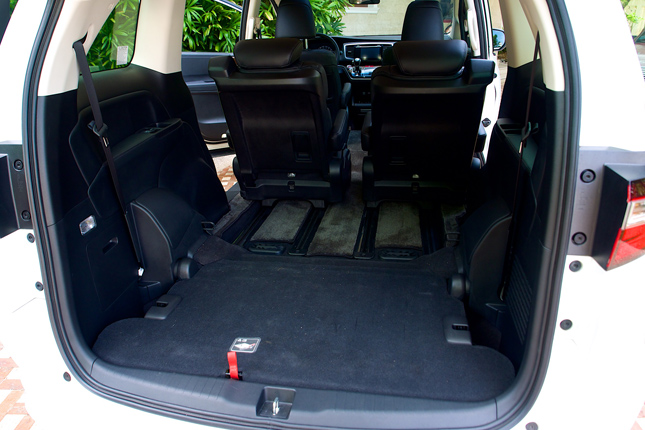 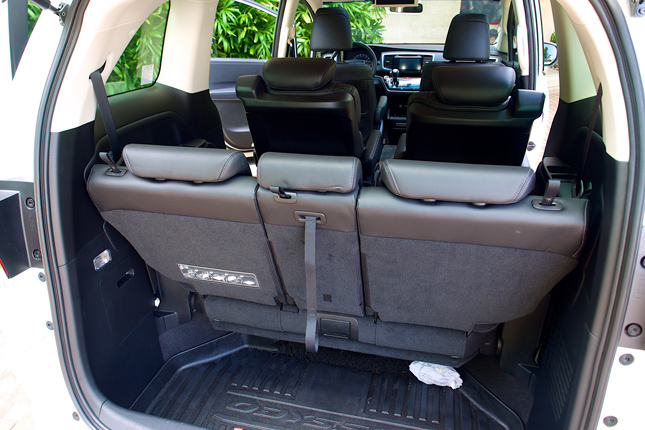 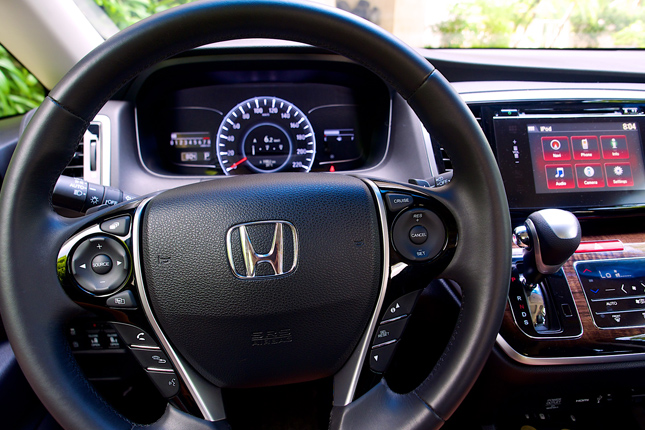 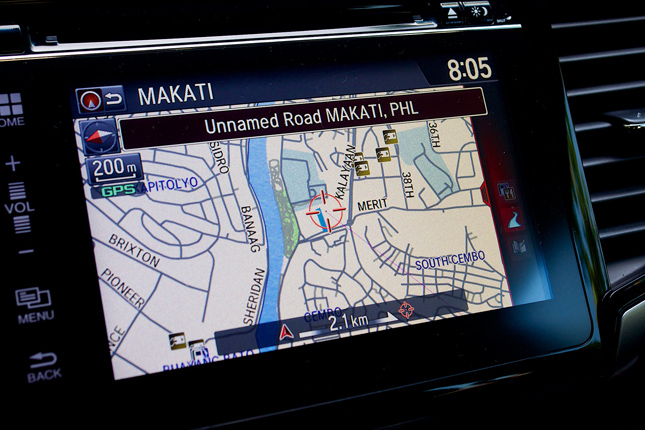 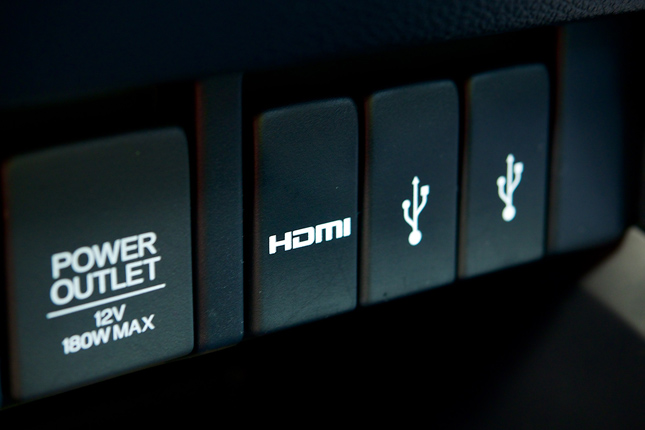 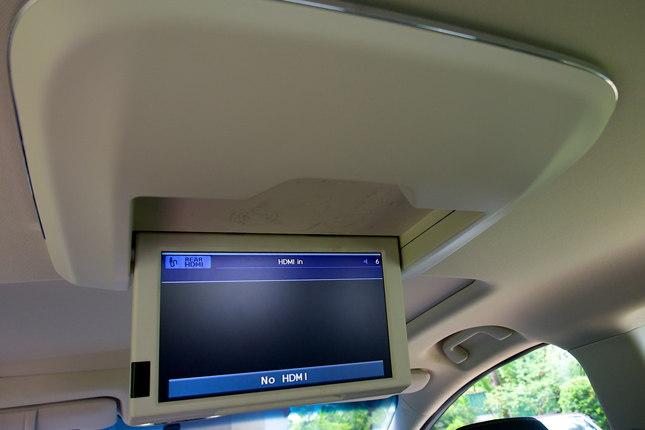 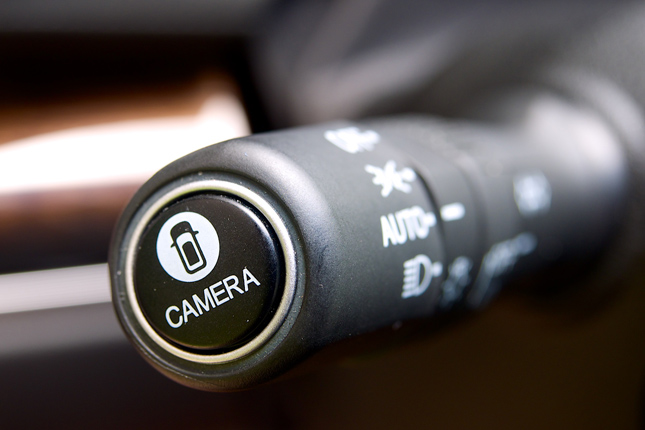 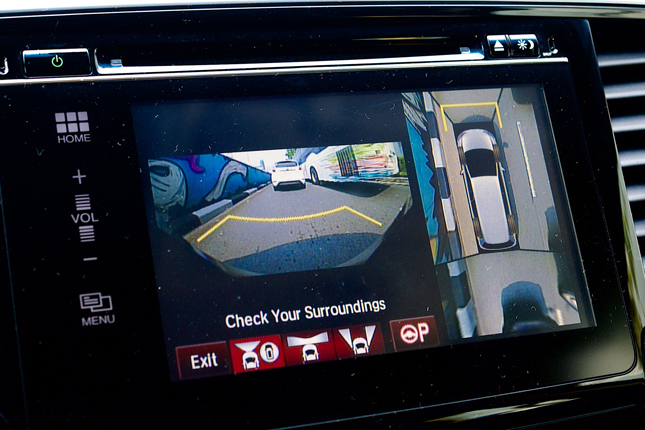 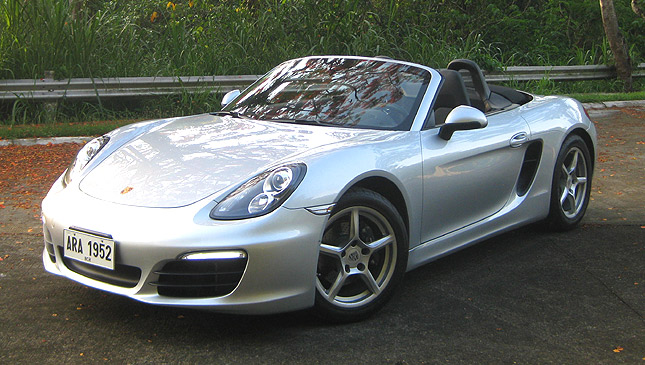 Review: Porsche Boxster
View other articles about:
Recommended Videos
Read the Story →
This article originally appeared on Topgear.com. Minor edits have been made by the TopGear.com.ph editors.
Share:
Retake this Poll
Quiz Results
Share:
Take this Quiz Again
TGP Rating:
/20