The desirable alternative
by Niky Tamayo | Sep 15, 2014
CAR BRANDS IN THIS ARTICLE 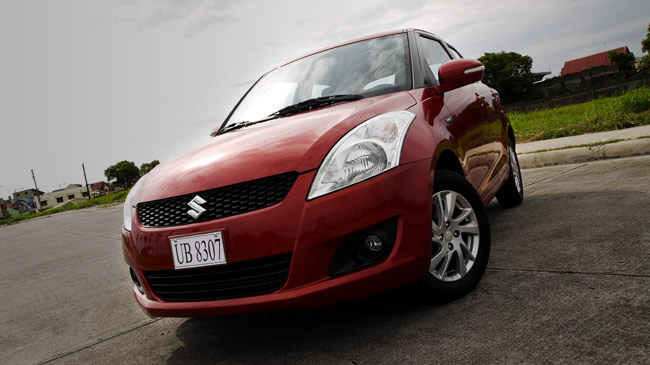 Suzuki's ramping up of its Indian-market offerings continues apace with the introduction of the Swift 1.2 and the Ertiga. After the rather lackluster reception of the Dzire sedan--which is basically the Swift with an awkward-looking trunk--there's quite some buzz surrounding the new, smaller-displacement Swift.

While the funky Dzire has its stylistic moments, the Swift hatchback is inarguably the cooler-looking of the two. Equipped with the Dzire's 1.2-liter engine and benefiting from cheaper Indian labor, this new Swift is finally ready to fight it out with the super-mini class for entry-level buyers. But has any of the Swift's traditionally pin-sharp dynamic goodness been lost in the process? 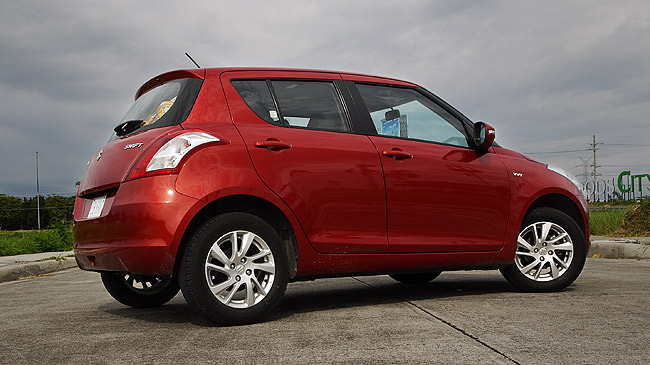 There's little to say about the styling, since this new Swift is the same as the older 1.4. It's still the stylish little hatchback it has always been, with a Mini-ish upright greenhouse sandwiched between curvaceously flowing front and rear ends.

The arching rear taillight is still a masterpiece, even compared to those on newer cars. The 1.2 comes without the 16-inch wheels of the 1.4. But with 15-inch alloys and a sporty rear spoiler, it's still a very neat-looking car. The only odd notes here are the balloonish tires and the extra-tall Indian-spec ride height. 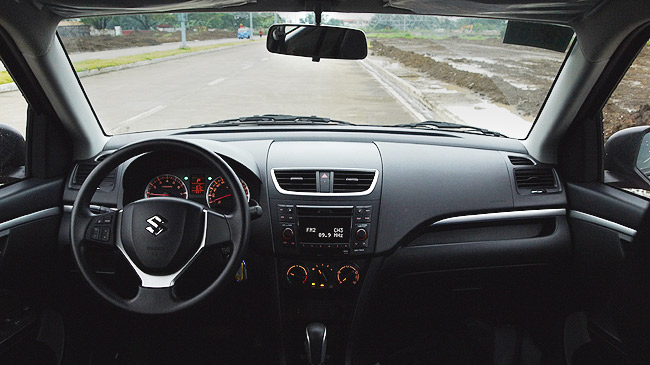 The all-black interior feels much more upscale than the anonymously gray cabin of the Dzire. The three-dimensional accents on the instrument gauges further enhance the feeling of quality. The plastics seem harder than we remember from the 1.4, but the interior build still holds up well versus the admittedly impressive Hyundai Grand i10.

While rear legroom is still at a stark premium versus "smaller" cars like the Toyota Wigo or the Mitsubishi Mirage, buyers will appreciate the more substantial and supportive seats in the Swift. Also, headroom and visibility are simply top-of-the-class. 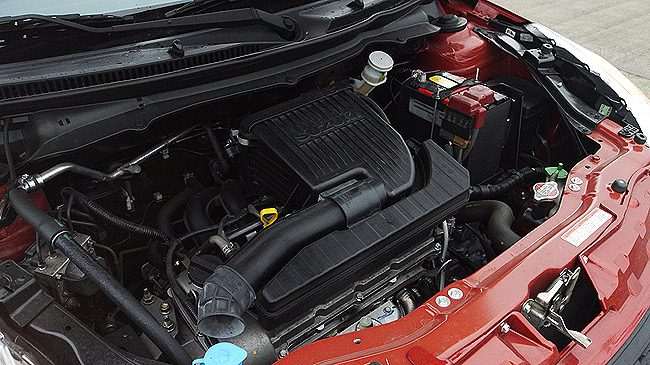 The new 1.2-liter motor--worth 87hp and 114Nm--is ill-matched to the Swift's long-geared four-speed automatic transmission. With a second gear good for 100kph, you're often caught between gears at in-city speeds. But once you've got your rev on, it feels great, with good throttle response and decent torque. The 1.2 even sounds downright racy when revved.

Economy hovers around 9-11km/L in traffic and 16km/L in mixed driving. Not much different from the Mirage CVT, actually. Highway driving, on the other hand, exposes the lack of gears. While 23-24km/L at 80kph and nearly 20km/L at 100kph are impressive, those numbers are still some 2-3km/L worse than the Mirage's figures. 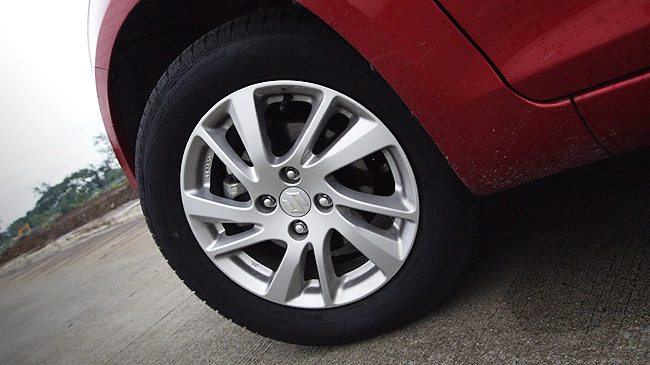 The Indian-market suspension gives the Swift an inordinately tall stance and a somewhat stiff ride, but the handling brilliance is still there. Push the car in the tall 185/65 R15 Goodyear Duraplus tires, and the Swift proves nimble, biddable and infinitely adjustable.

It's no accident that it has nearly the same wheelbase and wheels-at-the-corners stance as the Mini. The more pedestrian tires affect steering feel compared to the 1.4, but when you're really leaning into it, it feels wonderful.

The upright windscreen and tall greenhouse make for great visibility, too, although the rear headrests do impede your view through the rear hatch. 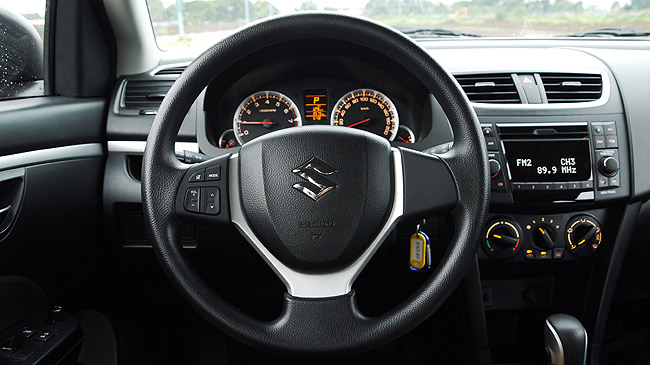 The 1.2-liter Swift comes loaded with a swell-sounding 2DIN stereo system with auxiliary and USB ports, steering-wheel audio controls, an immobilizer, front foglights, side-mirror repeaters, and 15-inch alloy wheels. This hatchback could use a few more toys, but I'm actually glad Suzuki has shied away from cheap touchscreens and chintzy add-on toys. A little more power would be nice, but then that's not quite the point of the Swift 1.2.

The point is that this car serves as an entry-level variant for the Swift hatchback. But rather than a bare-bones car, it's a premium-feeling subcompact hatchback for the same price as a gussied-up super mini. Granted, the small rear seat is still a handicap, but for singles looking for something fun to drive, the Swift is still one of the class benchmarks.

For those looking for more space, however, Suzuki would like you to take a look at the Ertiga, which doesn't cost all that much more.

Review: Honda Accord 3.5 V6 SV
View other articles about:
Read the Story →
This article originally appeared on Topgear.com. Minor edits have been made by the TopGear.com.ph editors.
Share:
Retake this Poll
Quiz Results
Share:
Take this Quiz Again
TGP Rating:
/20