For this latest face-lift, the Fortuner is mimicking the Camry
by Mikko David | Sep 26, 2012
CAR BRANDS IN THIS ARTICLE 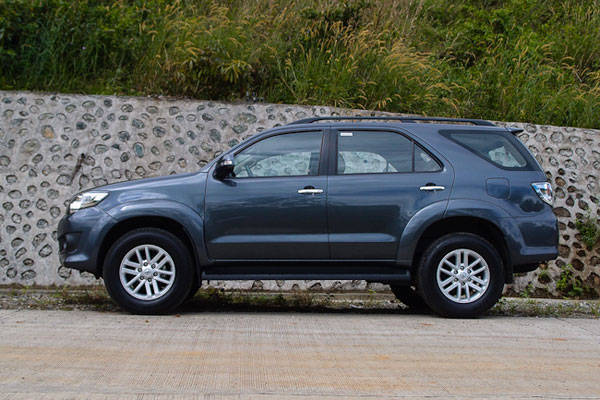 If you're like one of the 10,000 or so buyers who have been lining up for a Toyota Fortuner every year since its local release in 2005, this minor model change (or face-lift) should either convince you to bite the bullet or make you just sit by the fence until a more substantial model change comes along.

Not much has been changed with the Fortuner since it started to lord over the SUV class seven years ago. It was updated once in 2009. And like clockwork, Toyota has once again changed its best-selling SUV's looks to conform to whatever model is raking in the sales. For this latest face-lift, the Fortuner is attempting to emulate the Camry. 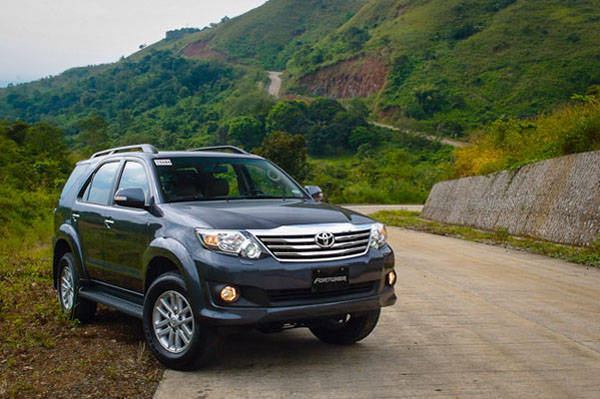 Taking a cue from the success of the previous-generation Camry's looks, the 2012 Fortuner's front end has been reworked to accommodate, well, more chrome. "Classy" may be the word that best describes the effect of the new multi-slot grille and aggressive bumper design.

Even the headlights now protrude past the fenders, similar to the Camry and Altis makeovers. There's also a touch of European influence here as the face-lift also brings with it headlight washers as standard. 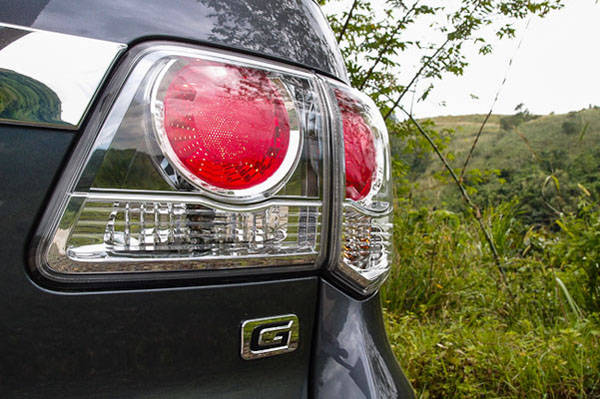 The design renaissance, however, seems to have stopped at the front because the rear end seems to have gone a generation backward with taillights that look like they were lifted off the Altezza parts bin. Overall, though, the cosmetic upgrades make this midsize SUV look sharper and less awkward. 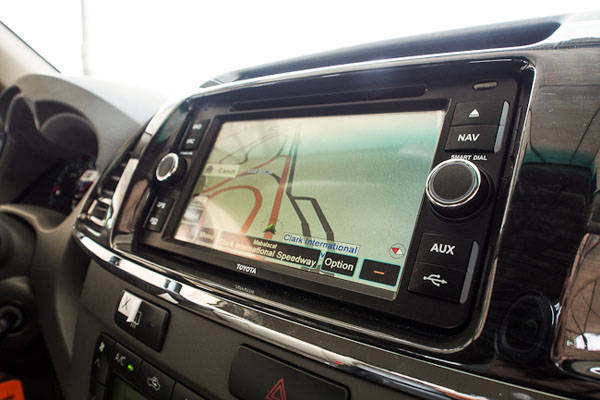 While the pre-face-lift Fortuner did attempt to improve its interiors with beige coloring, it seemed to raise another complaint altogether as customers whined about the finish being prone to stains. To answer this, the 2012 Fortuner features a dark-gray center tunnel console, along with the upper ends of the door sidings.

To retain some refinement, faux dark wood lines the center dash, window switches and the shift knob. Also, what's new across all Fortuner variants for this year is the 6.5-inch 2DIN monitor. Although for the 2.7 G 4x2 Gas units, the navigation function has been disabled.

The steering wheel has also been redesigned with silver accents. Meanwhile, the gauge cluster is now a flat, one-piece affair and showcases Optitron meters that turn blue at night.

Despite the interior rework, the cabin and its resulting space still feel similar to that of the Innova. Just look at the space-hogging third-row seat foldout implementation. But if you're used to Toyota's interior design ethos, everything from the second row up is logically laid out, making the driving and riding experience easy and pleasing. 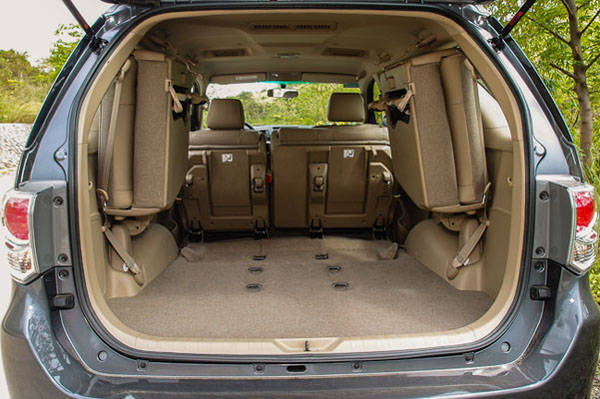 The 2.7-liter 2TR-FE engine is continued for the minor model change. While it offers 158hp and 241Nm of pulling power, we still feel it is a bit short at the top end. The smooth-shifting four-speed automatic that the 4x2 Fortuner 2.7 G comes with makes it more of a cruiser SUV than a performance machine. With the Fortuner's fuel consumption only hovering around the 7km-8km per liter range, the CRDi-equipped competition does offer more zing and day-to-day fuel savings. 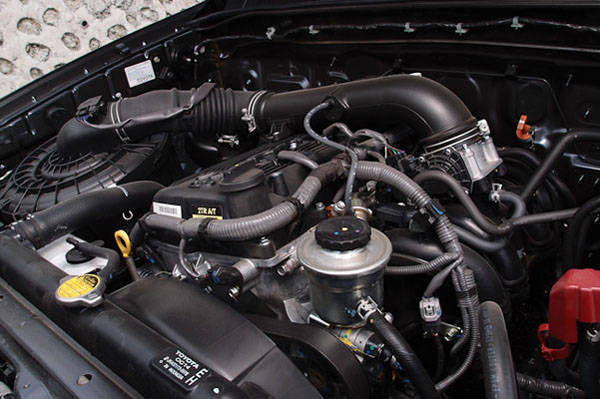 After parking the Fortuner at a gas station on the way back from an out-of-town trip, curious bystanders immediately began checking the car out. Clearly, there's a strong interest in this model even after seven years.

The first thing the small crowd asked me was: "Has Toyota fixed the ride?"

Well, yes and no. Yes, it is a tad softer and less jarring, with a stronger hint of roll. But no, because it is still firm and truck-like, nowhere near as comfortable as unibody compact SUVs. 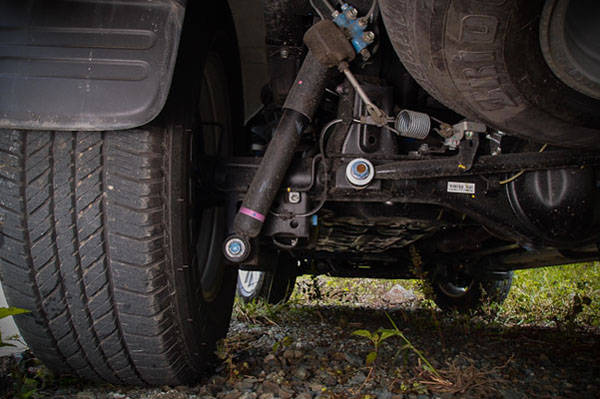 You would think that given the Japanese model-life cycle for cars, an all-new Fortuner would've come out by now. But perhaps it's a matter of priorities at the moment as Toyota is quite preoccupied with the 86. Looks like the company would rather just devote its Fortuner budget to superficial upgrades. This is still one of Toyota's top-selling models anyway. Well, the pencil pushers in Japan would know.

For us, it's probably just the Japanese automotive giant's way of saying: "If it ain't broke, don't fix it."

1.0-liter Chevrolet Spark LS review
View other articles about:
Read the Story →
This article originally appeared on Topgear.com. Minor edits have been made by the TopGear.com.ph editors.
Share:
Retake this Poll
Quiz Results
Share:
Take this Quiz Again
TGP Rating:
/20