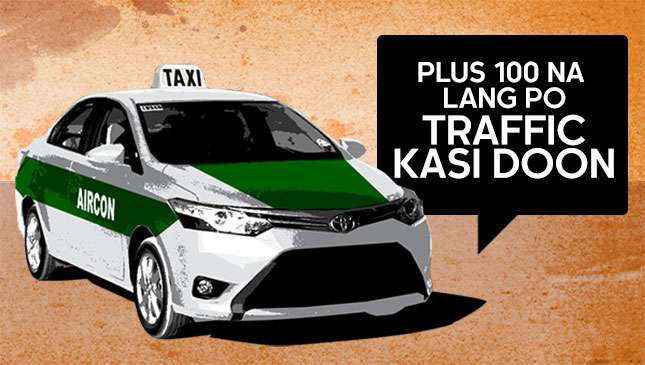 Just when you thought commuting in the Philippines couldn't get any worse, the Land Transportation Franchising and Regulatory Board (LTFRB) has issued a crackdown on Grab and Uber drivers "which do not have the required Certificates of Public Convenience."

Because in a transportation landscape where dilapidated buses wreak hell on our highways and commuters are crammed into slow-ass trains without air-conditioning, somehow, it's Grab and Uber which need to be further regulated in the interest of public safety and convenience. And as we all know, no one takes those two words to heart more than the LTFRB.

Kidding aside, the move is a major face palm moment for the countless Filipinos who rely on the two services for convenient commuting. With more riders and less cars, expect to have to settle for regular old taxicabs and their penchant for dropping inane one-liners. So once more, with feeling:

1."Plus (insert unfair amount) na lang po, traffic kasi doon eh." The meter is there for a reason. Sad to say, but more commuters will actually settle for this option in the absence of Uber and Grab. Good luck trying to haggle when taxis know you have no other option.

2."Sira po metro ko eh. Flat rate na lang." No meter, no ride. Frankly, you shouldn't even be operating without one in the first place.

5."Hindi po ako papunta doon eh." Frankly, it's come to a point where passengers actually ask where a cab is going before stepping inside. "Pasig po kayo? Mandaluyong?"

6."Sir, pwede mag-yosi?" Um yeah, how about no? The last thing anyone wants is to arrive at their destination smelling like they just exited a beer house. Come to think of it, we might actually prefer the smell of a beer house to that of a moldy old taxi cabin.

7."May alam akong mas mabilis na daan." There are three ways this can play out. One, he does happen to know a faster route, in which case lucky you. Two, you'll end up lost or stuck in even worse traffic. Or three, he's fattening up that fare. Insist on following Waze if you can.

8."Wala akong panukli." We swear, if we ever hear this excuse again we're paying in centavos.

9."Sir, sira aircon." Winston Churchill once said: "If you're going through hell, keep going." Well, it's not like I have a choice now do I?

10."Single ka pa ba?" Looking for love in all the wrong places; too much Papa Jack does that to you. 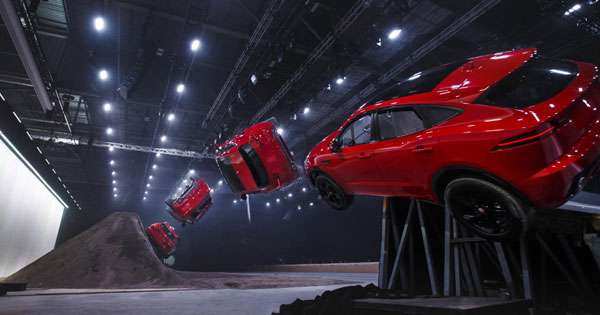 To introduce the new E-Pace, Jaguar set a new Guinness record
View other articles about:
Recommended Videos
Read the Story →
This article originally appeared on Topgear.com. Minor edits have been made by the TopGear.com.ph editors.
Share:
Retake this Poll
Quiz Results
Share:
Take this Quiz Again
TGP Rating:
/20