On Mini, Lamborghinis, and stunts
by Greg Potts | Jun 23, 2019
CAR BRANDS IN THIS ARTICLE

The Italian Job is 50 years old in 2019. TopGear.com caught up with the film’s original producer, Michael Deeley, to find out how they made one of the most famous British films of all time

TG: So, Michael, why were Minis chosen for the original film?

MD: It was the car every young person wanted to have, and we were making a picture which we hoped would be attractive to young people. So it was really an obvious choice. You couldn’t use an Austin A30 or an A40 for a movie like this. It just was the right car.

What were British Leyland like to deal with at the time?

Not much good. We did eventually get six cars from them, but we had to buy them at trade price.

We needed two sets of perfect condition cars but British Leyland never did anything at all. They were pathetic really, no wonder they went out of business. Although actually they weren’t wrong because the film never did anything for Mini in America, but they didn’t know that at the time.

For all the rest of the Minis that were to be crashed, we bought secondhand ones every time we needed to film a scene.

And what about the other cars in film? The DB4, the E-Type and the Muira are all pretty special…

They were just the available cars at the time. I mean, it became that Lamborghini because we managed to buy a crashed one [that eventually went over the cliff]. All we had to do, I say all we had to do, was to get the company to paint the one that they had in stock—a new one—with the orange color, which they did and then we could shoot it [for the driving scenes].

So why Turin and the Fiat factory?

Nobody had ever shot a picture in Turin, and we needed to cause a great deal of trouble to traffic and the city and such like. So, one of the rules of film is to always try and shoot in a virgin city when you’re going to make a lot of trouble.

The other thing was that a great close friend of mine was a very good friend of Gianni Agnelli, who was head of Fiat, Turin, and basically head of everything at that time.

When I met with Gianni he actually offered to switch the Minis for Fiats, and he said you can have as many as you want and various monies and other things. But he understood perfectly well when he read the script why it couldn’t be that way.

He provided a whole load of Fiats for the rest of the film though. And when we stopped the whole center of the town for a great big scene, we were able to block off all of the entrances to the main square with our trucks and the police let it happen, because he had said so. He owned the town, there wasn’t much question about that.

How long did it take to shoot the whole Mini chase?

I think we probably spent six weeks in total on all of the different elements of the chase. There were lots of little parts like the driving down the steps of the wedding and the gallery scene.

And the sewer scene wasn’t actually shot in Turin, is that right?

That’s right, it was actually shot in Coventry. It was a new sewer though I’m happy to say.

In fact, at the moment they’re trying to wangle us to get up to Coventry because they want to put up a plaque in commemoration of this sewer use.

Unfortunately, of course, the twist didn’t work because the sewer was just a little bit too narrow. Our stunt driver and coordinator Rémy Julienne was trying to do a complete turn but he could only get up so far.

People must have thought you were mad to include that huge jump between the two roofs?

Well I wasn’t mad, Rémy who did it was mad. But he was a brilliant man, he knew exactly what he was doing. A lot of the stunts in the movie he came up with and we just shot them.

If the jump and his calculations didn’t work then he’d soon find out, and it’d be expensive. But they got the right speed, even if they did go much further than they needed to—which was sensible.

I was bothered though because if somebody did get hurt, as the employer I would be regarded as responsible. So, I had a car round the corner, which was provided by Fiat, and a plane waiting at Turin airport.

If it had gone splat I’d have been out of there and back in London to discuss it rather than in an Italian jail. Thank god we never had to do it twice—although whatever happened it was always going to be one take.

And so, we’re sorry to do this to you, but what did you think of the 2003 remake of your film?

No no, it was awful. In the first reel Donald Sutherland got machine-gunned to death—that’s not The Italian Job. Why bother? 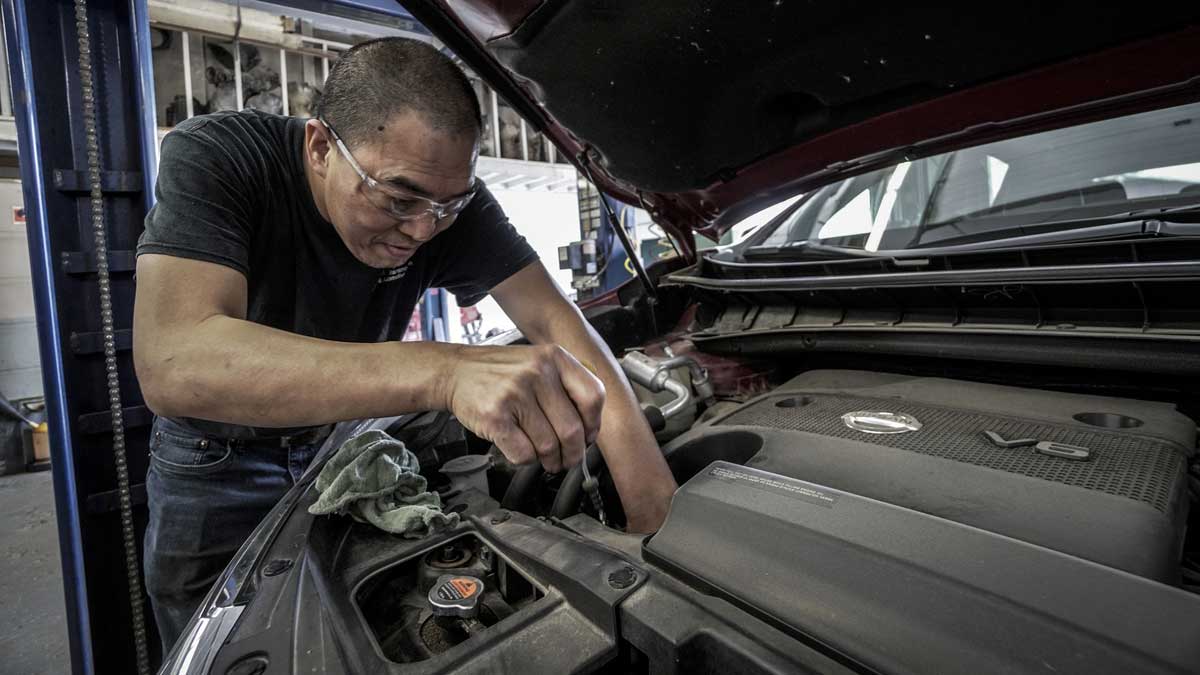 Who’s there? Three common causes of engine knock
View other articles about:
Read the Story →
This article originally appeared on Topgear.com. Minor edits have been made by the TopGear.com.ph editors.
Share:
Retake this Poll
Quiz Results
Share:
Take this Quiz Again
TGP Rating:
/20