A wistful review: Last Top Gear episode with Clarkson, Hammond and May 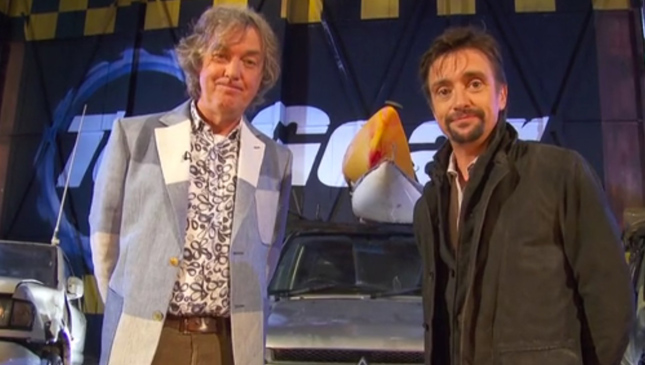 Jeremy "Power!" Clarkson, Richard "Hamster" Hammond and James "Captain Slow" May have been synonymous with the Top Gear brand since they started in 2002 (although May technically joined in 2003) as presenters for what was then called "New Top Gear." It is through their oftentimes ridiculous antics, under the guidance of executive producer Andy Wilman, that Top Gear has held the Guinness World Record since 2012 as the most-watched factual TV show in the world.

For any show--especially for a program focused on cars--it is an unimaginable achievement. More than just a motoring show, Top Gear has transcended into a form of entertainment even the most car-clueless of our friends and family would gleefully watch with us.

For 22 seasons, we watched and laughed along with them as we lived vicariously through their adventures to the North Pole, Patagonia, India, Vietnam and other parts of the world. Alas, all great things have to end somehow, and it was through an errant punch thrown by an incensed Clarkson that he was booted off the show.

At first unsure themselves, Hammond, May and Wilman would eventually leave the show as well. This debacle happened right after the seventh episode of this season, so we almost never got to see the segments and the challenges they had already filmed before the incident (Season 22 was supposed to have 10 episodes). We say "almost" because just last Sunday, the BBC aired a one-hour-12-minute special--the last episode of the season--and we’ve seen it.

Hold on to your tears.

Hammond and May open the show, which, unlike the normal whooping and cheering live audience, has a much more somber mood as the camera pans around to reveal the now empty Top Gear studio, with the two presenters and a literal elephant in the room at the center. When the first line that comes out of May’s mouth is, "Hello and welcome to what’s left of Top Gear," you know you’re in for something quite different.

There is no news segment and neither is there a "Star In A Reasonably Priced Car." Instead, the special episode is composed of two challenges. In the first, the producers task the three to buy three classic cars on a budget, and with these vehicles they are to live a "classic car lifestyle." True to the spirit of the show, the segment gives us everything we love about the program. The three are their usual hilarious selves, cars break down, there are challenges, someone is left behind, and it’s generally a strong segment--in line with most of the buy-a-car-on-a-budget-and-here-are-some-challenges episodes of the past.

In the second challenge, the gang is told to spend £250 to buy an "adventurous SUV." We consider it the stronger half of the special; the challenges given by the presenters involve a lot of rolling SUVs, off-roading, muddying, and even a dose of fire and crashes (lots of crashes). The Stig even makes an appearance along with a handful of sheep.

We find that this was one of the hardest challenges ever faced by the trio, as what the producers had them struggle to do would have you laughing and cringing in equal measure. Despite the antics of the hosts, however, it is clear from the editing and the voice-overs that the BBC made liberal use of hindsight and foreshadowing when they included quips like Clarkson shouting to the camera: "I hate working for Top Gear!" This line brought us back to the reality that Top Gear--at least as we have known it for the past 13 years--is over.

After the segment fades to black and we go back to the studio, the two visibly mellow presenters bid their farewells with a gut-wrenching: "Thank you very much for watching, and well...goodbye." No theme tune is played when the end credits roll.

The line brings tears to our eyes, but only because we will miss the three. Over the years, we’ve grown to feel as if they’re our friends--like we know them intimately and personally--so we are left wondering: What happens now that they’re gone?

We dry our tears and wish them luck in their new endeavors. But let's face it: Top Gear is more than just the Clarkson, Hammond and May show. True, they have been an integral part in bringing the show to the forefront of the consciousness of people, but Top Gear had existed before the three came together for the show. It survived Clarkson leaving them (for the first time) in the year 2000, and it will survive the three leaving now.

Don’t get us wrong: We are deeply saddened by the way this era of Top Gear is ending, but we are sure that the Newest Top Gear under recently confirmed host Chris Evans (not Captain America) will usher in a different feel for our beloved show, which can’t be a bad thing. After all, the first reimagining in 2002 gave us the show that we know and love now, so we have high hopes. And frankly, we can’t wait for what the future has in store for the series.

And on that bombshell, goodbye and Godspeed, gentlemen! 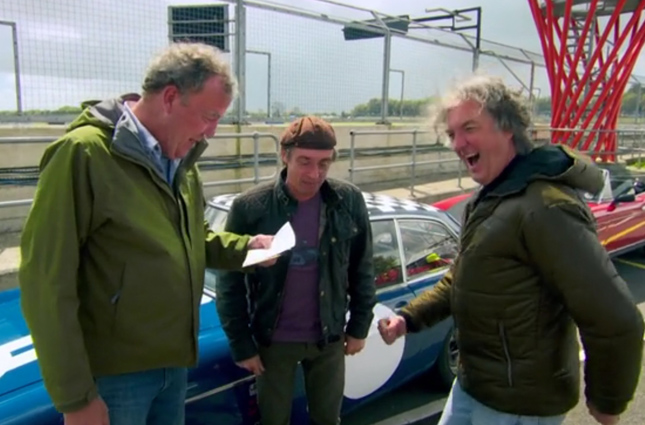 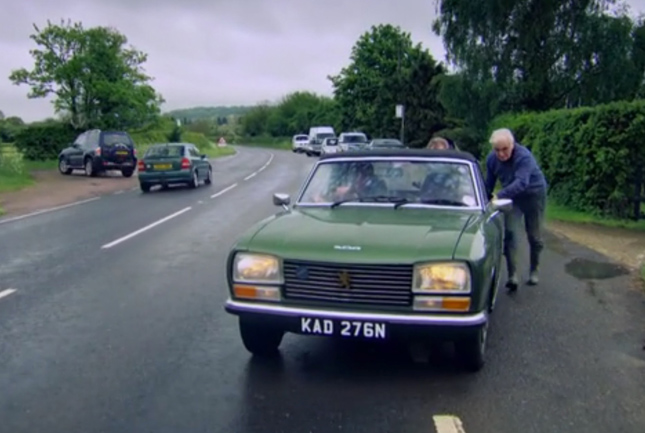 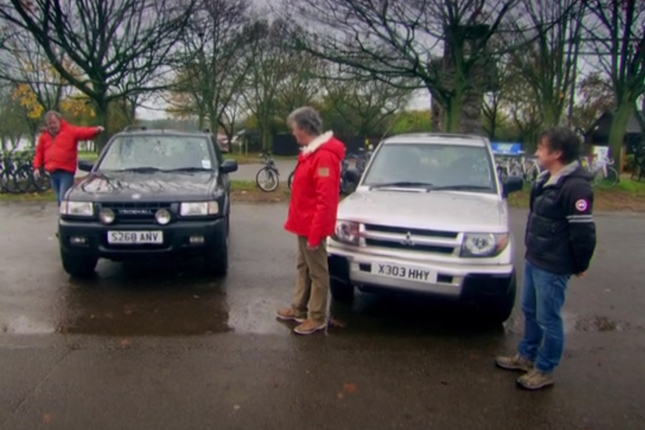 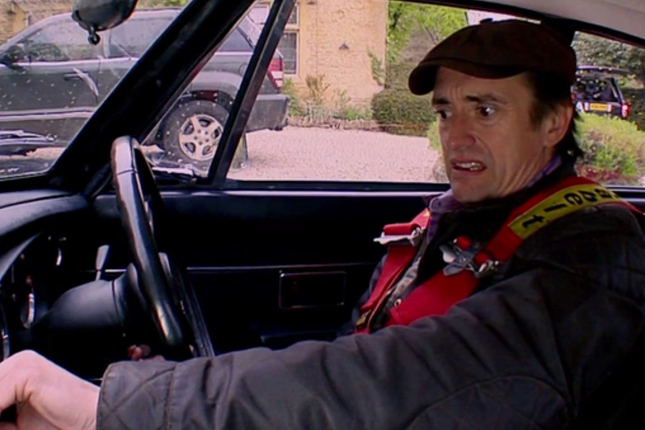 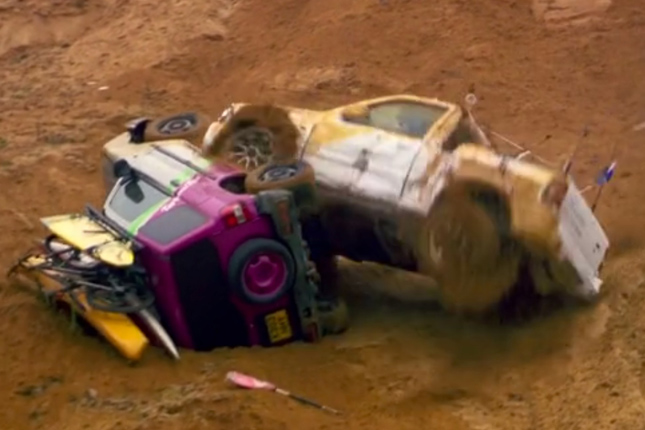 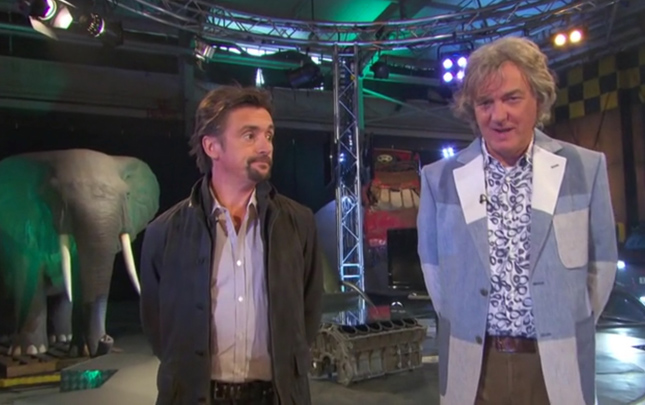 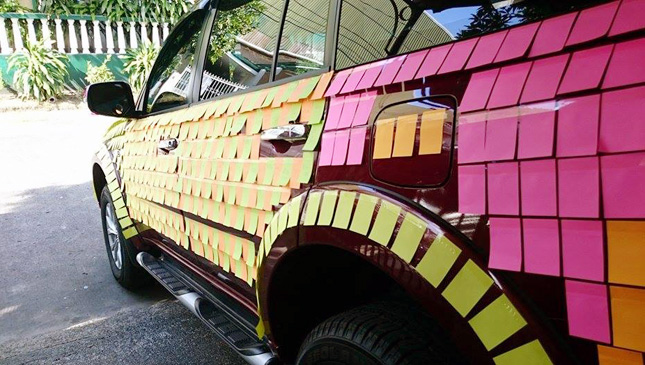 To mark his 2nd anniversary with his girlfriend, a guy did this to his Montero Sport
View other articles about:
Read the Story →
This article originally appeared on Topgear.com. Minor edits have been made by the TopGear.com.ph editors.
Share:
Retake this Poll
Quiz Results
Share:
Take this Quiz Again
TGP Rating:
/20