Batista's '64 Impala is a low-riding tribute to Eddie Guerrero

Dave Bautista—or 'Batista,' if we're going to call him by his wrestling persona—has come a long way since his days with the WWE.

Since his retirement from professional wrestling back in 2014, the man has gone on to play the lovable albeit absolutely clueless Drax the Destroyer in the highly-successful Guardians of the Galaxy Marvel film franchise. He's also played parts in movies like last year's Blade Runner 2049 and the 2015 Bond flick Spectre.

With an IMDB page like that, you'd be forgiven for thinking Batista's shelved his wrestling days in the back of his mind completely. But you're wrong. In fact, the dude rolls around in a tribute to one of the biggest parts of his WWE career: His good friend and fallen comrade, Eddie Guerrero.

"My '64 Eddie Guerrero tribute. I miss that dude every day. #vivalaraza #latinoheat #Imperials #proudmember," one of Batista's Instagram posts reads. He's referring to his pimped-out electric blue 1964 Chevrolet Impala, which features images of Eddie Guerrero and the words "Latino Heat" painted on the trunk lid.

Anyone who grew up watching wrestling in the 2000s will fondly recall Guerrero, and how his high-flying, frog-splashing antics made him a fan favorite before his untimely death in 2005 from an underlying heart condition. He was only 38 years old when he passed away, and fans of the dude still remember him to this day. Judging by his car, it appears Batista does, too.

You can check out more photos of Batista's automotive tribute in the Instagram posts below. Were you an Eddie Guerrero fan growing up? 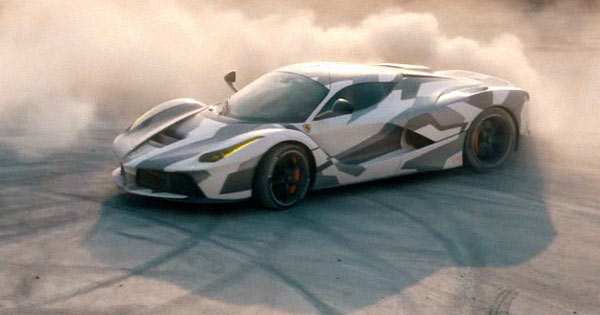 Best of YouTube: Drifting a LaFerrari in dirt looks like epic fun
View other articles about:
Recommended Videos
Read the Story →
This article originally appeared on Topgear.com. Minor edits have been made by the TopGear.com.ph editors.
Share:
Retake this Poll
Quiz Results
Share:
Take this Quiz Again
TGP Rating:
/20