We're not sure what the BMW 6-Series GT is, but it has potential

This replaces the 5-Series Gran Turismo
by Paul Horrell | Oct 18, 2017
CAR BRANDS IN THIS ARTICLE 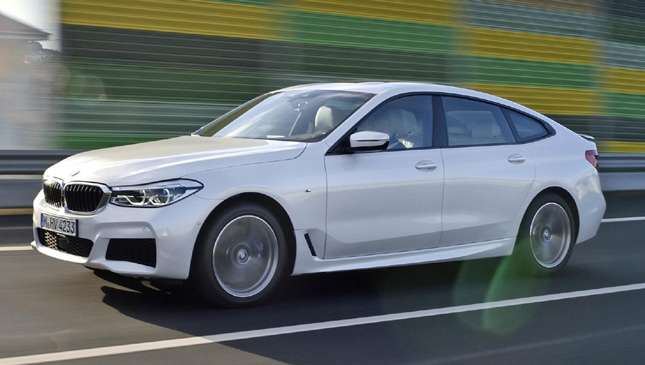 The BMW 6-Series Gran Turismo is a bit of an odd fish, a luxury German hatch with few rivals. Mind you, it’s not as odd as the car it replaces. The old one was called the 5-Series Gran Turismo. BMW remains a trifle embarrassed about building a common-person’s hatchback, so it positions the GT as a luxury five-door coupe.

It’s an enormously fine thing to ride around in. The wheelbase matches that of a 7-Series, and the seats are mounted higher off the floor. The net result is lounge legroom in the back.

Meanwhile, because the dash and the interior fittings and materials are pretty much the same as the forthcoming generation of 6-Series Gran Coupe, they’re really very nicely done. The whole place has an aura of craftsmanship.

Then behind the seats you’ve got a trunk with hatchback versatility thrown in. Even with the seats up, the trunk will gulp down four golf bags without a burp. 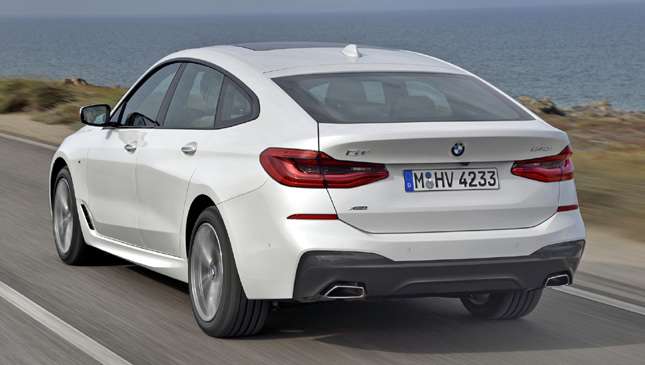 But it’s mission-critical that the car looks sleeker than the porky, frumpy old 5GT. The extra length helps the looks, if not the parking. Also the tail is less high off the ground, so to help aero there’s now a raising rear spoiler. The taillights have three-dimensional covers to subliminally remove bulk. It works. Up to a point.

It’s lost a nice round 150kg over the old 5-Series GT, despite the fact it’s longer. How? Because they ditched the silly and heavy split tailgate thing, and the odd folding internal partition between cabin and trunk.

They also used very large aluminum castings for the frame. Almost the whole skin is aluminum, too, and some of the body’s structure and the door frames. Unlike the closely related 7-Series, there’s no carbon fiber on the structure. 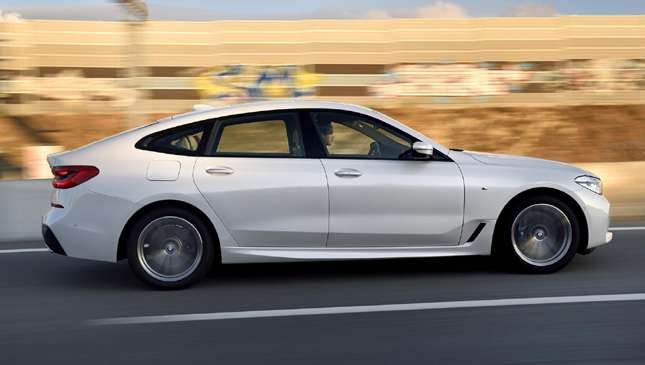 Air suspension on the rear is standard, but other chassis options proliferate beyond that.

Too much choice? That’s only the start of it. When BMW has renewed the 6, X5 and X6 ranges, you’ll be able to get big BMW five-door 4WDs in a variety of body styles. 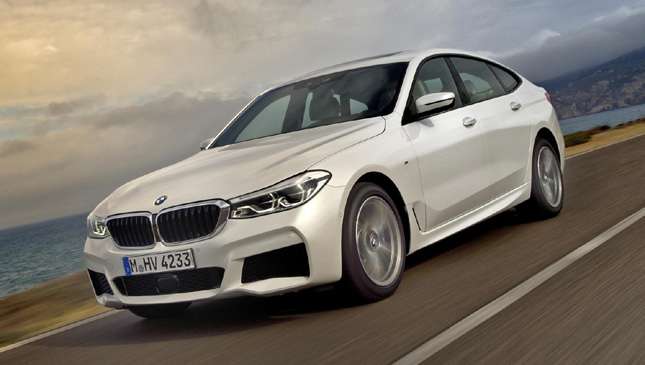 It’s remarkably refined and isolating. But it’s not going to light up a smile behind the wheel on an interesting road. Even though it’ll tackle difficult and twisty sections at speed, it’s just not that engaging.

The test car was powered by the top-end 40i engine which comes with all-wheel drive, it added a package of four-wheel steering, adaptive damping, air suspension at each end, and ‘Executive Drive’ adaptive anti-roll.

The combination steers progressively and has enormous traction and composure. The adaptive suspension’s control of body movements is disciplined and yet graceful. It feels analogue not digital; you can’t work out what element of the system is responsible for what characteristic, but you know they work fluently together.

Some active chassis get themselves so stiff during hard cornering that when a mid-bend bump arrives, they strike it with a crash. Not this one; it always seems to have something in reserve. 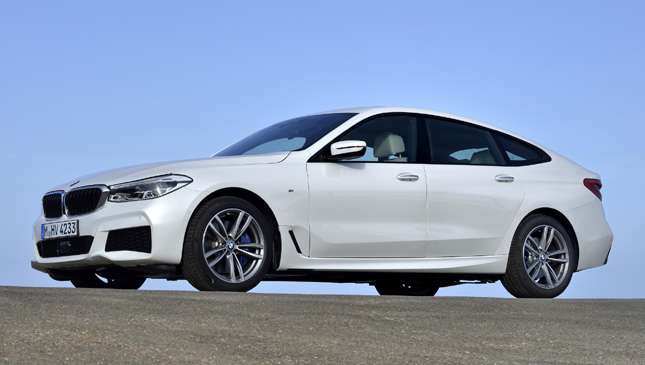 So you’re quick and confident and secure. But the steering has little feedback and the throttle has scant influence on the feel of the car through a bend, either. Maybe the 630i, with a smaller engine and two-wheel drive and a lot less weight, would ease the issue.

When you give the 640i’s six-cylinder turbo engine a pasting, it does more to warm your heart. Its sound is muted going gently but the noise is deliciously charismatic as it revs and shoves you in the back. There’s plenty of torque over a big swing of the dial, little lag and a transmission that’s smooth and alert under full or part load.

On highways, the steering has a well-defined movement off center and helpful weighting so it’s easy to hold your lane. Which renders the available lane-keeping assist system more or less superfluous. Tire noise is low too. 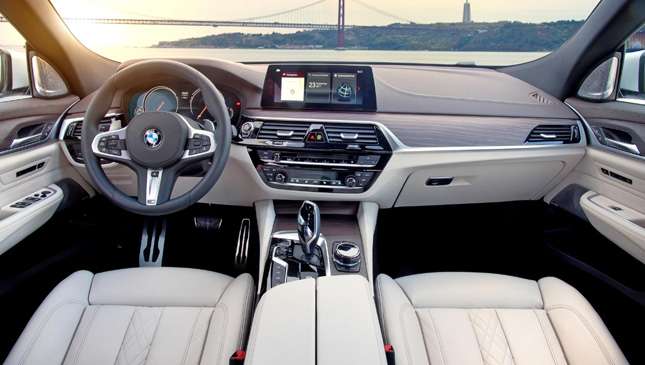 Lounging around in the 6-Series Gran Turismo makes you feel pretty good about yourself. Whether you’re in the front or back seats, you’ve got space and lush comfort, the seats padded and shaped like body gloves. Electric front seats are standard, and optional extra-comfort chairs adjust in a galaxy of extra directions.

Ahead of the driver, the dash woods, leathers and metallics looks and feel like items of quality and craft. The instruments are synthetic graphic impersonations of real clocks, but well enough done that you’d think they are real.

BMW has also gone a bit overboard on control inputs for the iDrive system. You can use the twist-push-nudge controller as usual. Or you can write letters and pinch/zoom by caressing its top surface with your fingers. Or you can use the main screen as a touchscreen. 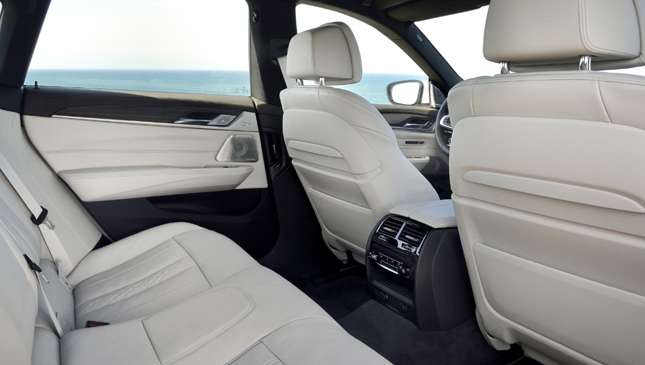 Or finally the ridiculous and flaky gesture control system. Why is making a silly circular motion in the air more convenient or less distracting than turning the volume knob? We have the answer: It isn’t. But don’t let that distract you from the fact this is a superbly designed and relatively easily learned way to use the immense number of car functions.

BMW’s portal will now mine your diary for events, program them into your nav, and remind you by phone or smartwatch when to leave home. It’ll even predict where you’re going this week by seeing where you went in the past. Or it does when it works. All without your intervention. 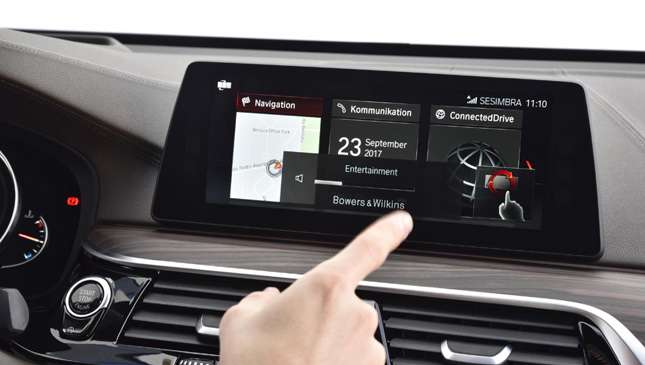 Leather is standard but the fancily stitched soft stuff in the photos costs extra, and the gotcha is BMW lets you order it only if you also have the super-adjustable front seats.

Other big options include the excellent and comprehensive heads-up display. The stereo comes in four steps, the standard one, then levels branded BMW, Harman Kardon or Bowers & Wilkins. 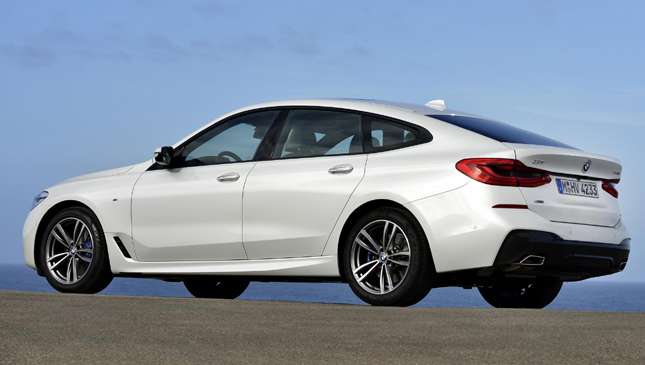 Just saying this car is an odd fish isn’t really enough. You want a verdict. Well, this is an easy car to admire. It answers all the rational questions that an SUV answers while being more comfortable, refined and better dynamically in pretty well every way.

But it’s a hard car to love. It’s not just the slightly unengaging driving experience. It’s the look. The designers have done a great job given the proportions they had to work with, by using interesting details and surfacing. But the depth of the body sides still sucks away any chance of verve.

Still, if you want a versatile family car and have very tall kids, there are few better ways than this to coddle them in space and luxury. 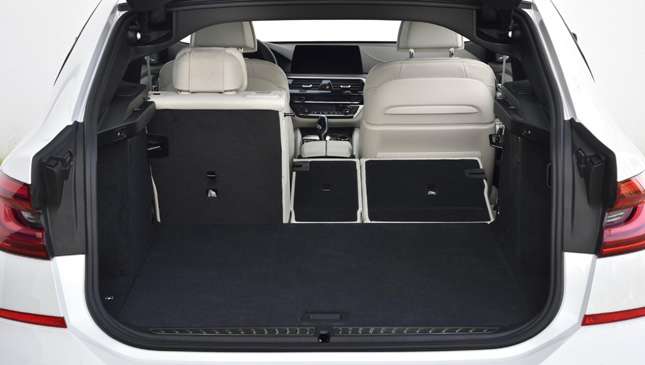 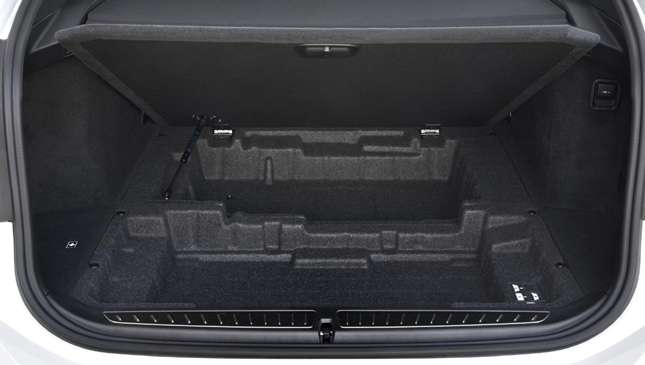 Jenson Button talks about his Ferrari Enzo and Bugatti Veyron
View other articles about:
Read the Story →
This article originally appeared on Topgear.com. Minor edits have been made by the TopGear.com.ph editors.
Share:
Retake this Poll
Quiz Results
Share:
Take this Quiz Again
TGP Rating:
/20