Scene Zone: ‘El Jefe’ from ‘Chef’ will make you want to own a food truck

From a passion standpoint, food trucks—and I’m talking about the legitimate ones, as in real big trucks (like this Ford stripped chassis)—make all the sense in the world to me. This is the dream, and one that for a time I seriously considered chasing. Good food and a sweet ride? How can you go wrong with that?

A lot of ways, if we’re being honest.

Business-wise, food trucks aren’t the most practical way to go about getting started. Opening a restaurant is difficult enough as it is, so I imagine the red tape you’d have to go through to operate what’s essentially a moving kitchen would deter most sound entrepreneurs from pursuing the idea entirely. Then there’s the wasted income due to traffic, unique operating costs, and on top of all this, you need a considerable amount of capital.

There’s a reason you see very, very few food trucks here in the Philippines. And so, like many dreams we’ve all had straight out of college, this was shelved in favor of more realistic endeavors: a nine-to-five stint at a BPO in Makati City, and eventually, driving and writing about cars for a living (yes, things turned out rather fine after all).

And then last year, I watched Chef, Jon Favreau’s post-Marvel Cinematic Universe outing (at least as director). It’s the story of a big-shot, internet-famous chef who ditches the bureaucracy of fine dining in favor of soul searching behind the wheel of a food truck.

The dream is alive after all.

First, what is it?

What we’re here to discuss today is the movie’s food truck, which, according to Robert Downey Jr.’s Marvin in the film, is “a white-on-white ’88 Chevy Grumman food truck.”

Don’t worry, you aren’t the only one who’s unfamiliar with the latter part of that name.

Grumman Olson (now Morgan Olson after the company was sold in 2003), though, is a pretty big name in the world of commercial vehicles, as the manufacturer was awarded one of the largest vehicle contracts in all of history: a 150,000-unit deal with the US postal service worth more than $1 billion.

Unfortunately, information on what the truck itself runs on is scarce, but some online listings show the vehicle came with anything from a 5.7-liter V8 engine to a 6.2-liter diesel. Any help narrowing down the details would be much appreciated.

Tear it down, build it up

We first lay eyes on the vehicle about halfway through the film. Our main character, chef Carl Casper (portrayed by Favreau), strikes a deal to take ownership of a worn-down rust bucket of a food truck. What follows is a restoration montage—the usual scrubbing, brushing, tearing s*** down—with a chef’s twist: installing kitchen equipment. The end product is the ‘El Jefe’ Cuban food truck.

El Jefe gets its first real taste of business by a beach in Miami, Florida. A crowd begins to gather around the truck, and the team is raking in the dough when a bicycle cop shows up and asks for a permit.

Honestly, I saw a bribe coming in the form of a juicy Cubano sandwich on the house. Turns out this wasn’t necessary, though, as the truck did have the necessary paperwork, but for a different location. So, after taking a few selfies with the cop, they’re off. On a side note: I’m guessing the paperwork surrounding a food truck operating from one state to another would be a little more complicated than what’s shown in the film.

So far, the series has been on for two seasons, and while it has more to do with actual cooking than running a food truck, El Jefe shows up as a series regular in claymation form. If you dig the film, you might be interested in checking this out.

Basically, if you like road trips and good food, or if you’ve ever wanted to start your own business, you’re going to love this and I highly recommend it. Anyone else here ever dreamt of opening a food truck? 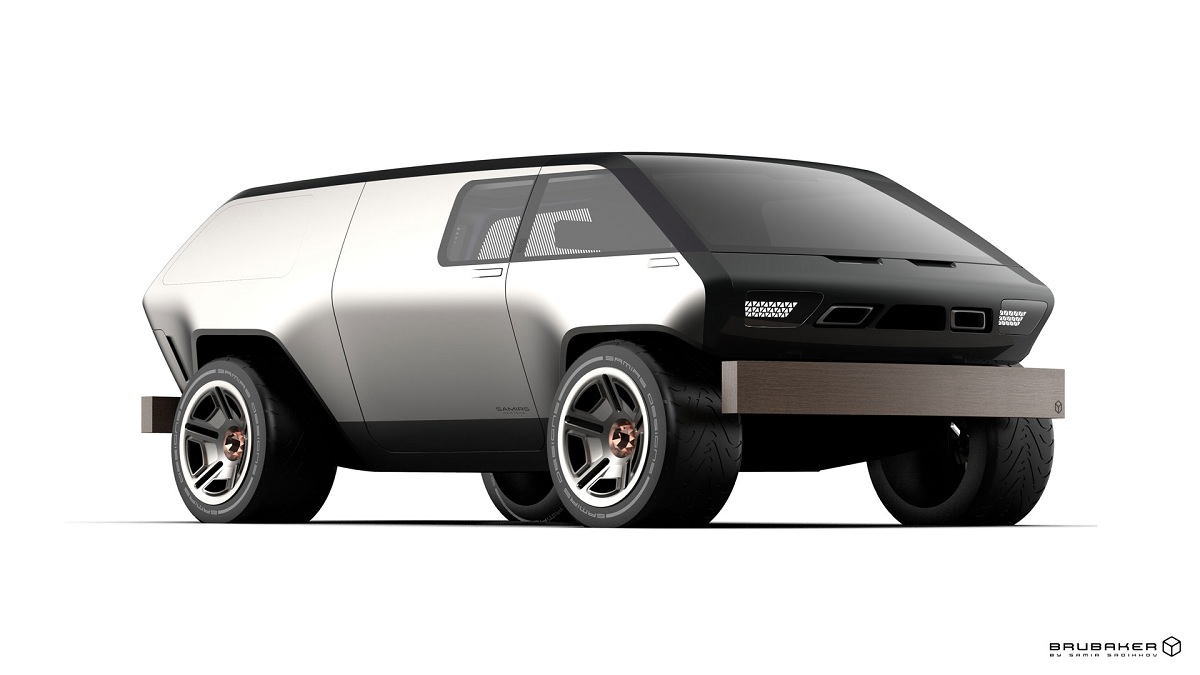 This Brubaker Box concept design is what minivans of the future could look like
View other articles about:
Read the Story →
This article originally appeared on Topgear.com. Minor edits have been made by the TopGear.com.ph editors.
Share:
Retake this Poll
Quiz Results
Share:
Take this Quiz Again
TGP Rating:
/20