These are 10 of the craziest cars ever produced by Brabus

One of the maddest tuners around
by Rowan Horncastle | May 3, 2018
CAR BRANDS IN THIS ARTICLE 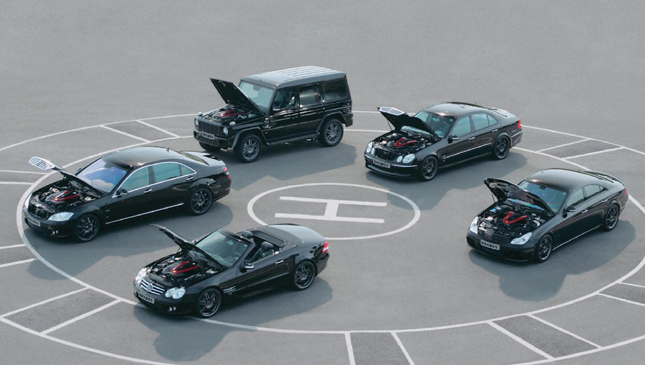 Last week, we lost one of the tuning world's finest: Bodo Buschmann. For over four decades, the enigmatic and driven CEO and founder of Brabus turned the act of planting silly-big engines into Mercedes from a boutique industry into an artform, and the world's largest independent tuning company in the process.

As a celebration of Bodo's work, we've gone through the archives and picked out some of his craziest creations to come out of the factory in Bottrop, Western Germany. 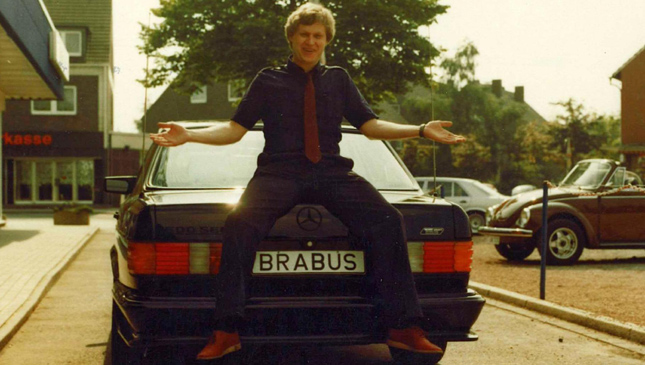 Back in the late '70s and early '80s, speed wasn’t synonymous with Mercedes-Benz. They were largely soft and luxurious. But Bodo Buschmann wanted to change that. So he set up shop from the back of his Dad's Daimler garage and added what he termed 'refinement.' This was an all-encompassing word as Bodo's refinement came in different ways, partly through more luxury and increased technology, but mostly via bludgeoning power and performance. Here’s the man himself in 1984 using his 'refined' Mercedes 500 SEL as a big-engined barstool. 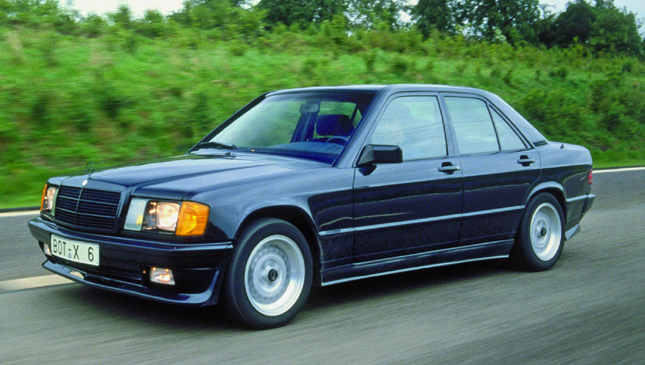 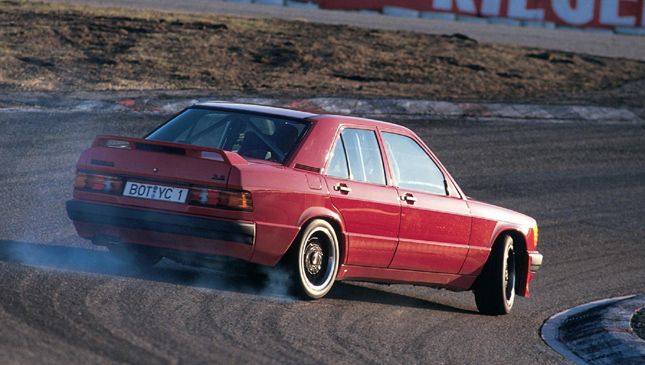 Being an understanding individual, Bodo was aware that there's more than one school of thought in making a car go faster. Yes, simply shoving a monster engine under the hood is one way, but Brabus was also familiar with the notion of light-weighting. 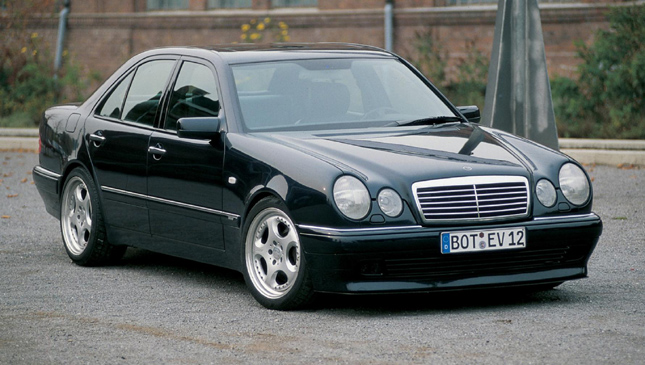 When a V8 is too small, Brabus reaches for its stash of Mercedes V12s. Then goes to town on them to make crazy power and incredible torque by boring them out while beefing them up.

The 1996 Brabus V12 was the first car to start a run of world-record. A Merc SL’s 12-cylinder was enlarged to 7.3-liters, producing a hefty 582hp and 773Nm of torque. This coaxed the E V12 to a top speed of 332kph, and the title of "Fastest Four-Door Sedan in the World" in the Guinness Book of Records. 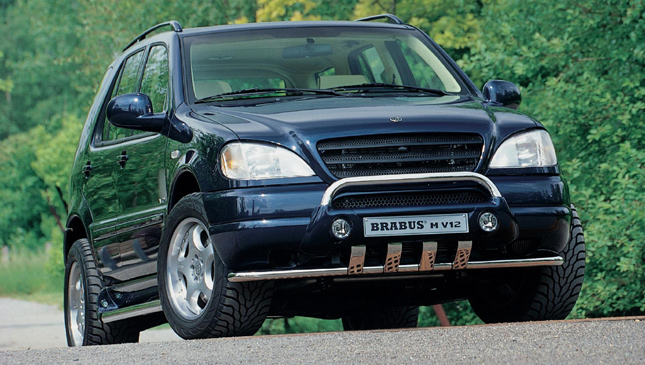 Barely two years after getting his name stamped in the Guinness Book of World Records, Bodo wanted more. First off he took an E wagon and hit 320kph for the world's fastest wagon. Then, using another hefty 12-cylinder, he fired an M-Class to 261kph to claim the record for the fastest SUV in the world. Right around the time the public was trying to get their head around this new concept of a 'Sports Utility Vehicle.' 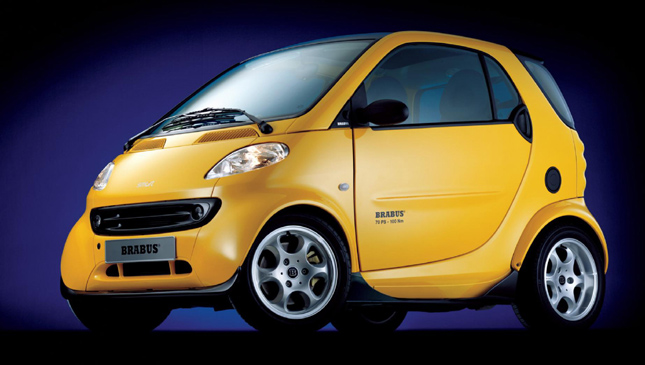 Just like how Mercedes saw AMG's work and got all pally with them, Daimler has done the same with Brabus and Smart. Largely through Bodo's family ties. But it all began back in 1999, where they boosted the city car to a monstrous 69hp. 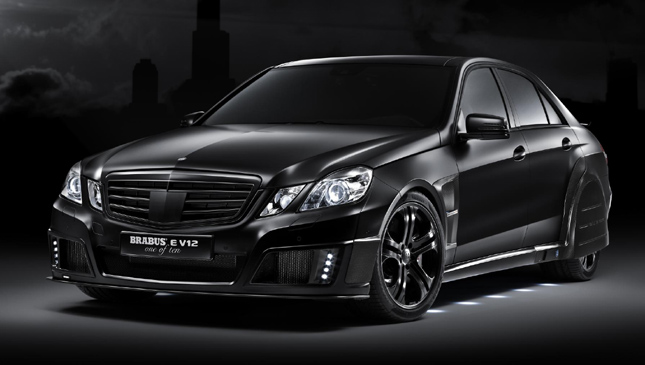 The Black Baron might be the best car name ever. It was a V12 E-Class with plastic bits over the rear wheels that, we believe, are called 'spats.'

Underneath all the spatish mayhem, is an E-Class with 788hp. Thanks to that sort of power, it can touch 370kph and keep going until it carves its own orbit through space. Only ten of these monsters were produced. 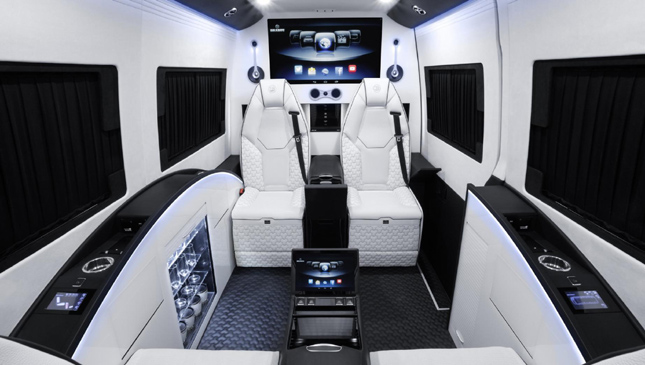 Over the years, Brabus has taken Merc's commercial vehicles and turned them into mobile Bond villain lairs.

Inside, they’re decked out with leather-covered, ergonomically adapted and air-conditioned seats. Normally within easy reach of the bar and refreshments center. There's also full connectivity so you can order in pizza to your van, before settling into a night of 3D gaming or films on a 32-inch LCD TV. The electronics are controlled by an iPad, and the whole thing is soundproofed so you can turn your rolling slumber party up to 11. Plus, if you have a tendency to be shot at, you can also get them armored. 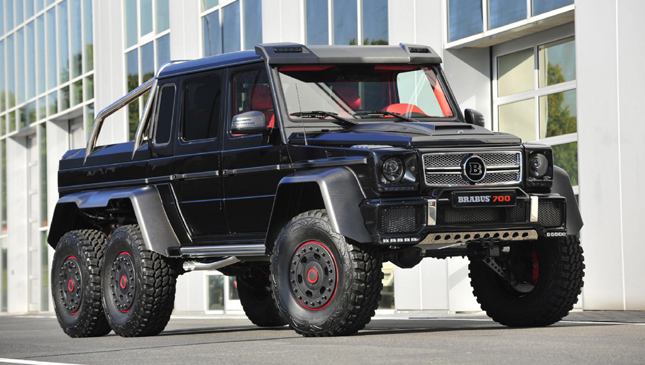 From the subtlety of the early '70s to the madness of the present day, we give you the Brabus G63 6x6. The car it's based on has a 5.5-liter 536hp twin-turbo V8, with 759Nm of torque. This, plainly, was not enough, so Brabus fitted two bigger turbochargers, upgraded the ECU, wrapped gold around the intakes to keep them cool, and popped on a new, rumblier exhaust. This boosts output to 690hp, and 960Nm. So roughly a 1.2-liter Golf's worth. That means the three-and-a-bit ton 6x6 now gets to 100kph in 4.4 seconds. 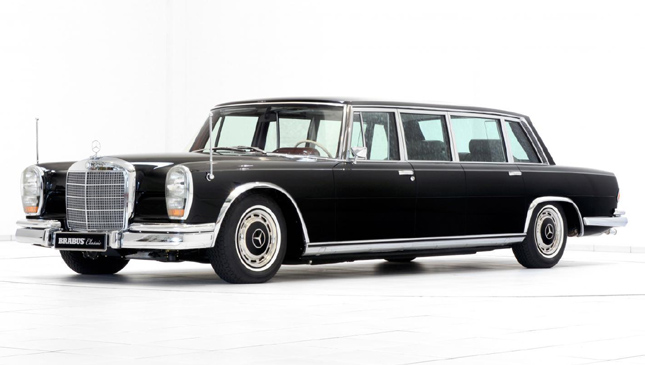 Nowadays, it’s not just gazillion horsepower Mega-Mercs that Brabus deal in. There’s also the arm of Brabus that painstakingly restores vintage cars from the Stuttgart brand with three-pointed stars on the front.

We're told around 4,000 man hours are required to completely revamp the old cars, giving them more reliable engines and electric and gorgeous interiors and paint jobs.

As you'd imagine, it starts with a complete teardown of the original car, right down to the last nut and bolt. All parts are then inspected and catalogued, and worn parts are thrown in the bin.

The paint is stripped from the shell, which in turn is reconditioned with corrosion protection, and then repainted using the original color. While this is going on, the engine technicians completely strip down the unit, grind the cylinders and overhaul the cylinder head. The automatic gearbox, driveshaft and diff are also given the once-over. Suspension and brakes are brand new, though.

Brabus experts then recondition the interior, using the same color materials as the ones in series production. Even the cockpit wood inlays are reworked, and then everything is bolted back together again and given a two-year warranty. 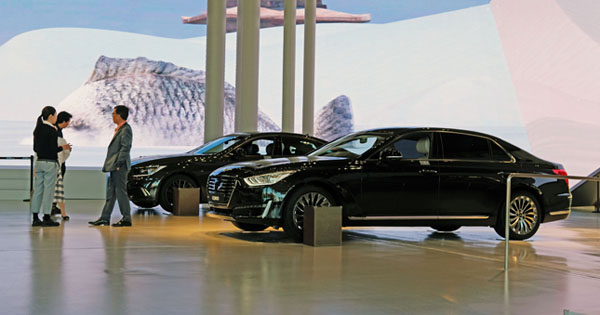 8 Carmakers that didn't start out as automobile manufacturers
View other articles about:
Read the Story →
This article originally appeared on Topgear.com. Minor edits have been made by the TopGear.com.ph editors.
Share:
Retake this Poll
Quiz Results
Share:
Take this Quiz Again
TGP Rating:
/20