Scene Zone: The opening heist of ‘Drive’ has one of the sneakiest car chases in cinema

“There's a hundred thousand streets in this city. You don't need to know the route. You give me a time and a place, I give you a five-minute window. Anything happens in that five minutes and I'm yours. No matter what. Anything happens a minute either side of that and you're on your own. Do you understand?”

God, we love this opening line. It’s from Nicolas Winding Refn’s (don’t worry, even we can’t pronounce it) 2011 film Drive starring Ryan Gosling as the movie’s Mystery Driver, Bryan Cranston as his mechanic, and a pre-Star Wars Oscar Isaac, and it’s the prefect setup for what in our opinion is one of the smartest car chases in cinema.

The opening heist scene itself is a brief one—just about 10 minutes long—but is based on arguably the best-written and most logical chase script we’ve seen in film. Watch:

What car is it?

The genius of this script begins with our Mystery Driver’s ride of choice, a run-of-the-mill silver Chevrolet Impala which, in his mechanic’s words, is “the most popular car in the state of California. No one will be looking at you.”

Excellent choice. When you’re going to rob a joint, you want to keep your profile subtle. The last thing you want to do is try and drift off into the sunset behind the wheel of an eye-popping bright red Subaru Impreza WRX, or a pair of matte black muscle cars with a bank vault in tow.

A game of cat and mouse

Instead of trying to outrun the law, our Mystery Driver tries to outwit it instead. Gosling’s character does this by, for the most part, driving like a normal law-abiding motorist—no speeding, no revving, and no drifting into intersections.

When he runs into police cars, our driver chooses to make use of the art of concealment—hiding in dark stretches of road, behind trucks, or under bridges—as opposed to flat-out racing police cars around corners. At one point, his choice of vehicle pays off as he’s able to nonchalantly tail an unsuspecting police cruiser.

Toward the beginning of the sequence, Gosling’s driver is listening to an NBA playoff game on the radio—the Los Angeles Clippers vs. the Toronto Raptors. This isn’t because he’s a Clips fan, it’s because he’s chosen the perfect drop-off point for the night’s heist: The Staples Center parking lot.

Why is it perfect? It isn’t so much the place as what’s happening when he arrives there. After distancing himself from law enforcement, the driver pulls into the parking lot just as the playoff game ends and the crowd begins exiting the arena. He parks his boring old silver Impala in the middle of a sea of motorists eager to celebrate the home win and, voila, he and his accomplices are in the clear.

Alright, so it might not be as entertaining as some of the other car chases out there. But it’s Refn’s straightforward approach to these scenes and a well-written script that allows Drive to hold up so well to this day—not something you can say about the Fast and Furious film franchise, is it?

If you haven’t seen Drive, you should. It’s equal parts car film, heist film, and chick flick. It’s well-directed, well-acted, and also features one of the cooler film soundtracks in recent memory. Just don’t go in expecting a f***-ton of explosions and car crashes. 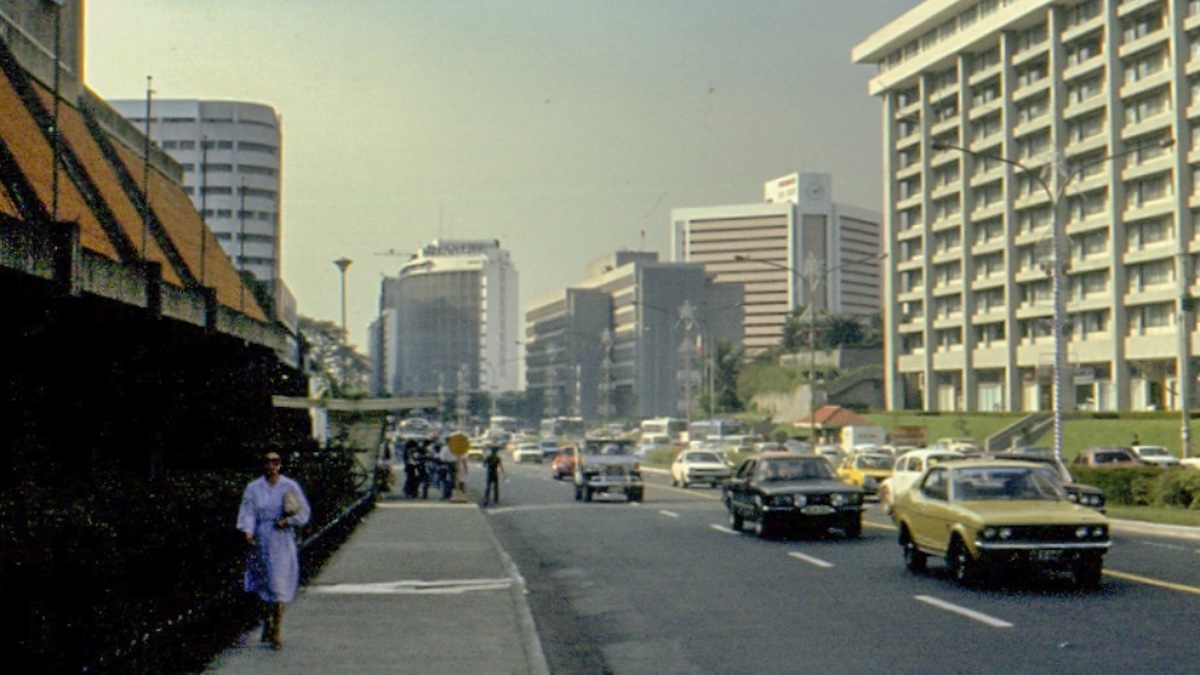 30 Images: See how the City of Makati has evolved through the years
View other articles about:
Recommended Videos
Read the Story →
This article originally appeared on Topgear.com. Minor edits have been made by the TopGear.com.ph editors.
Share:
Retake this Poll
Quiz Results
Share:
Take this Quiz Again
TGP Rating:
/20