The best of YouTube: Is it bad to engine brake in a manual car?

Is engine braking with a manual transmission a bad idea? Some of the supposed benefits of the practice include better fuel economy and prolonging the life of your brake pads. But is engine braking recommended? Engineering Explained shares his thoughts.

The Subaru RX STI Type RA NBR takes to the Nurburgring. Back in July, Subaru conquered the 'Ring with the WRX STI Type RA NBR in less than 7 minutes. It made the vehicle the fastest four-door to do so, and was pegged only half a second below the Porsche 918 Spider. Here's the record-setting run's on-board footage.

This water-powered trike will beat you in a drag race. Who needs turbochargers when you've got science? Watch a French rider accelerate from zero to 100kph in half a second manning a "Water Rocket Trike." Top speed? An astonishing 261kph.

The Bugatti Chiron reaches 400kph in less than a minute. Unlike the story above, this one's not a science project. It's the 1,500hp Bugatti Chiron, the world's fastest production car, and now the fastest from standstill to 400kph. Insane stuff. 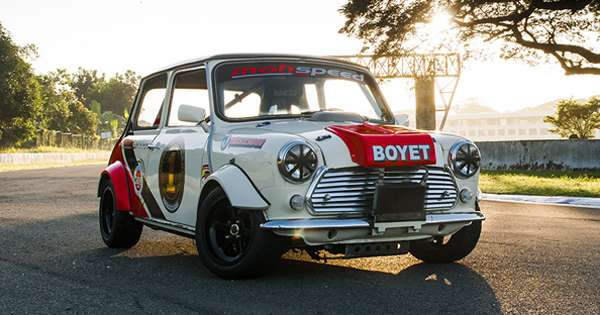 Master the art of Instagram car photography with these 8 tips
View other articles about:
Read the Story →
This article originally appeared on Topgear.com. Minor edits have been made by the TopGear.com.ph editors.
Share:
Retake this Poll
Quiz Results
Share:
Take this Quiz Again
TGP Rating:
/20