When will we see the first production car capable of 400mph? 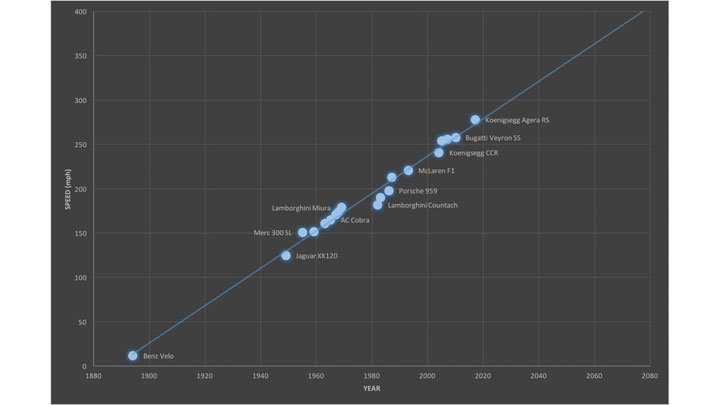 So SSC reckons its upcoming 1,750hp Tuatara could be the world’s first 300mph (483kph) production car. Engineering a car to do that sort of speed is such a leap into the (very expensive) unknown that you might not bet your pension pot on SSC hitting 300mph, at least not imminently.

But it’s seeming increasingly inevitable that, at some point in the foreseeable, we’ll witness a production car crack the triple-ton. If not SSC, then maybe Koenigsegg. Or Bugatti. Or Hennessey.

All of which got Top Gear—never a publication to turn down the chance for a bit of idle speculation – thinking. Forget 300, when might we see the first 400mph (644kph) car? So we did some calculations, and it turns out the answer is…

Yes, according to science, that’s the date upon which a production car will break the 400mph barrier. You’re welcome, world.

There’s some irrefutable maths at work here. Admittedly maths performed by an editorial team with an average D-minus math grades, but hey, at least that was achieved back in the days when a D-minus really meant something.

Take a look at the graph above and you’ll see we’ve plotted the history of production car speed records over the last century-and-a-bit, from the Benz Velo’s 12mph (19kph) in 1894, to the 278mph (447kph) hit by the Koenigsegg Agera RS last year.

True, production car speed records are notoriously disputable (just ask Mr. Hennessey), and true, our source data came from Wikipedia. But even if you want to quibble the veracity of a few of the records, the general trend is pretty clear. And surprisingly linear.

We’d rather thought that the trend line might show some flattening off in the last couple of decades, the rate of progress slowing as cars pushed further at the outer reaches of physics. Not so, it would seem. In fact, the Koenigsegg Agera RS’s 278mph run last year was actually slightly ahead of the curve. Or, rather, ahead the straight line.

So, assuming cars keep accelerating at the same rate, April 11, 2079 is when the 400mph barrier shall be broken. Sixty years’ time. Should be a good day, assuming the human race is still in existence at that point.

And if the notion of a 400mph road car—a car that could cover nearly 180 meters in a second, a car that could theoretically, at full chat, circle the equator in just two-and-a-half days—sounds absurd, remember that 60 years is a long time in the automotive world.

Sixty years ago, after all, the Aston Martin DB4 GT was just edging past 150mph (241kph). Back then, would the thought of a road car nudging 300mph within six decades would not have sounded even more implausible than a 400mph, license-plate-wearing car seems today?

2079, mark our words. It’s going to happen. Of course, there’ll be the small matter of finding a piece of road long enough to get to 400mph. But hey, Bugatti and Koenigsegg and the rest have got a bit of time to call around local tarmacking firms to find some competitive quotes. They could all pitch in together, keep costs down.

And then there’ll also be the small matter of finding a driver daft enough to keep whatever-it-is pinned to 400. But our own Ollie Marriage is a fit lad. True, he’ll be over 100 years of age in 2079, but we reckon he’ll still be up for it.

We suspect a proper statistician might tell us our sample size is too small, or we’ve forgotten to carry the one, or we’re fundamentally too stupid to attempt this sort of mathematical crystal-ball gazing. But if you think you can do so much better, Professor So-Called Brian Cox, hit us with your equations in the comments section below.

As a bonus, our Nobel-worthy maths also allows us to calculate precisely the date the 300mph will be broken, too. November 12, 2029. A Monday, conveniently. We’ve already booked the day off work. 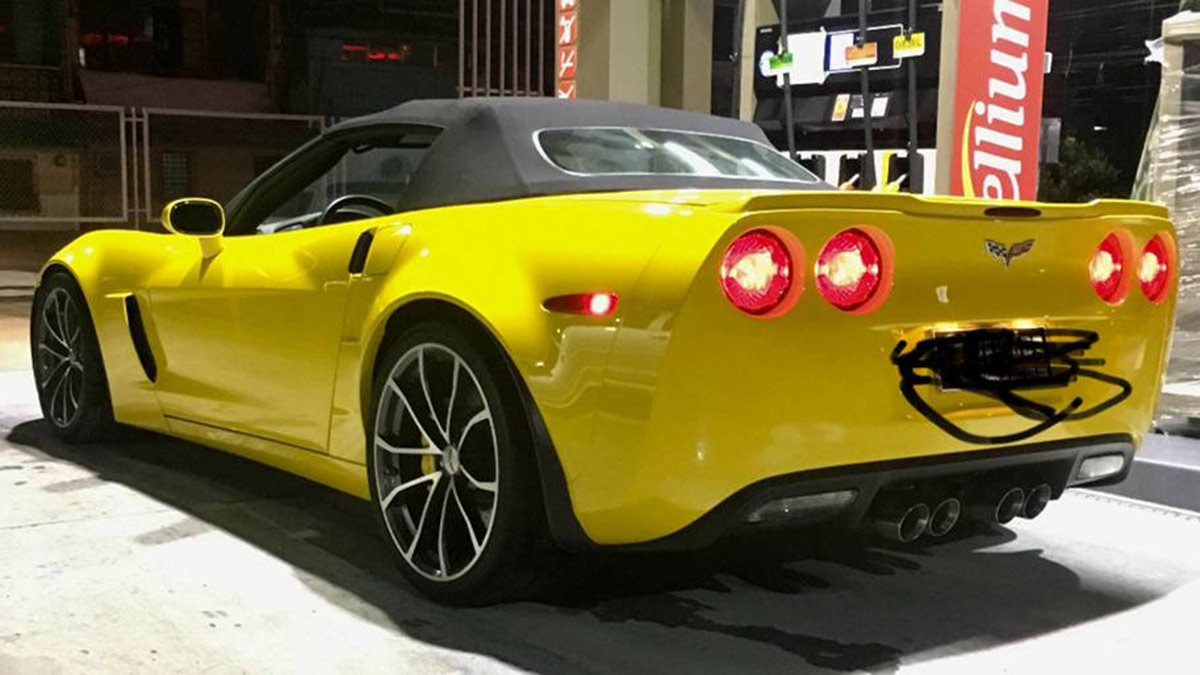