10 Snacks we munch on while stuck in traffic

For when you’re either hungry or just plain bored
by Leandre Grecia | Aug 24, 2019

Anyone who has ever had to endure several hours crawling through congested thoroughfare knows how likely it is to find street vendors peddling food along the streets. Actually, a barometer of how bad traffic is is the abundance of merchants offering instant nourishment.

You can find all sorts of snacks being sold in the middle of traffic, and we’ve made a list—in no particular order—of some of the most common and interesting ones that have usually ended up in our bellies. Check them out below.

We know fish ball vendors usually stay in one area, thus limiting their scope. But while eating at one peddler of flavored flour, we saw a motorcycle rider pause, yell an order, and make a transaction with our fish ball guy. The rider rode off still holding a stick of street food.

This has got to be one of the most common snacks you’ll see on the streets. The kropek you’ll find on the streets are different from those you order at bars or restaurants, though. These are much cheaper and less savory. They won’t fill your stomach that much, but they can be quite tasty and are still enjoyable to munch on.

I find these yellowish, wrinkled crackers a bit too salty for my taste, but they’re just as enjoyable to eat as kropek. Douse them with vinegar and they’re much more palatable.

I don’t know what it is with chicken skin that makes it such a delight to eat. Maybe it’s the oil, or the fried skin’s savoriness combined with the occasional crunch—I say ‘occasional’ because it’s not easy to find ones fresh out of the pan and sold in the streets.

This type of banana might not be as soft or as sweet as the Lakatan, but it found its way to the streets nevertheless. Boiled and raw, they’re a healthy and tasty alternative to the processed junk being peddled out there. And they’re quite filling.

Believe it or not, there are some people who sell sliced pineapples on the road. These aren’t as common as the saba, though, and it’s also hard to find fresh ones at that.

Comfort food since childhood, these processed goodies can help with hunger pangs and boredom when you’re staring at a sea of red brake lights.

The nut vendor is a mainstay in street-food cuisine. If you’re particularly famished, peanuts help you get through the hunger without having to eat too much.

These might be tastier and more savory than the usual chips and crackers, but they’re quite difficult to eat while you’re driving—peeling off the shells really is a tedious task given how tiny these quail eggs are. And be careful of their cholesterol content.

And speaking of cholesterol, the list wouldn’t be complete without this famous Filipino snack. Don’t expect to find anything other than mediocre chicharon along the streets, though. In any case, it’ll still be fun munching on these while you’re behind the wheel—just be sure to wipe your fingers clean before you put those hands back on the tiller.

What other snacks do you enjoy eating while you’re stuck in traffic? 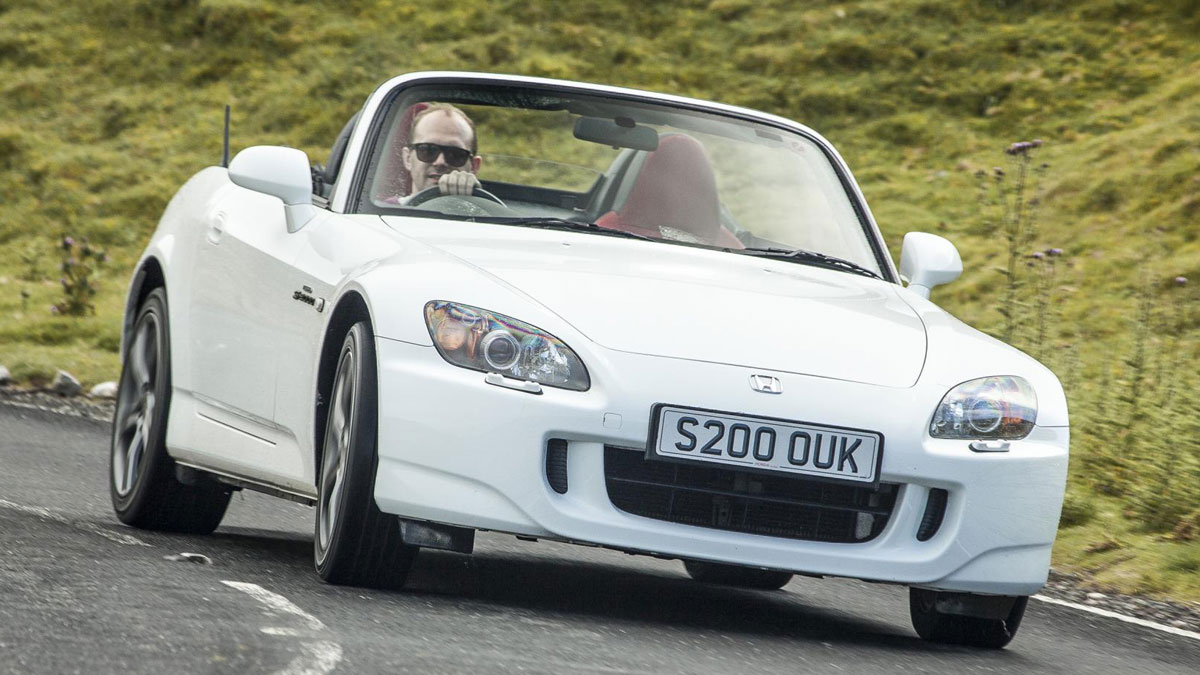 The Honda S2000 is still amazing, even in 2019
View other articles about:
Read the Story →
This article originally appeared on Topgear.com. Minor edits have been made by the TopGear.com.ph editors.
Share:
Retake this Poll
Quiz Results
Share:
Take this Quiz Again
TGP Rating:
/20